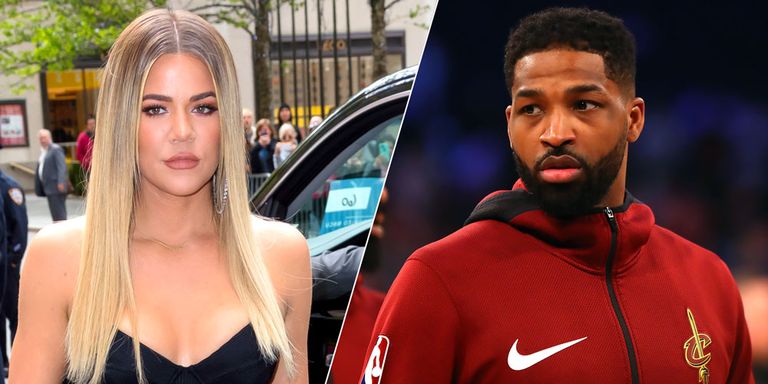 It’s been less than a month since Tristan Thompson made headlines for allegedly cheating on girlfriend Khloé Kardashian days before they welcomed their first child together—a daughter, True Thompson. After keeping quiet and under the radar for weeks following the scandal (he didn’t post anything when his daughter was born), the basketball player returned to social media last night to celebrate the Cleveland Cavaliers’ win over the Indiana Pacers during the playoffs.

He makes no mention of Khoé or True in the post, but he shared a shot from the court with the caption, “WHAT AN ATMOSPHERE IN THE Q!! GREAT WIN #OnToTheNextOne.”

WHAT AN ATMOSPHERE IN THE Q!! GREAT WIN #OnToTheNextOne

As expected, the post wasn’t entirely received well, especially by Khloé. Users made shady comments at the ball player, like “Everyone still hates you Tristan” and “How’s the family?” One even commented, “You been onto the next one,” referencing the accusations that Thompson had cheated on Khloé with multiple women during their relationship.

The last time Thompson posted a photo was on April 4, which was also basketball-related.

And the last time he shared a photo with Khloé was from mid-March, when he flaunted photos fro his birthday party.

Thank you to everyone for the birthday wishes. I appreciate them all. 26 was a great year.. and i hope 27 is even better. Also thank you to @remymartin for helping me celebrate my birthday with my loved ones. P.s. A win is always the best b day gift ??

Although Khloé continues to remain silent about Thompson’s cheating allegations, her sister Kim has publicly issued a scathing response. “I don’t even know how to describe it besides, ‘It’s just so f*cked up,'” the reality star said on The Ellen DeGeneres Show last week.

“We really were rooting for Khloé, and we still are. She’s so strong, she’s doing the best that she can, it’s a really sad situation all over,” she added.

The only time Khloé has spoken out post-cheating scandal was when she confirmed the birth of her and Tristan’s daughter on Instagram.

Our little girl, True Thompson, has completely stolen our hearts and we are overwhelmed with LOVE. Such a blessing to welcome this angel into the family! Mommy and Daddy loooooove you True!