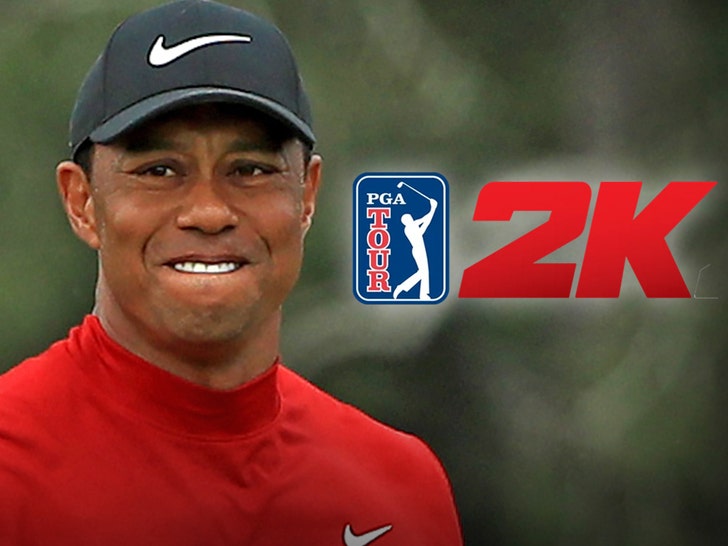 Tiger Woods is back in the video game business — signing a HUGE new contract with 2K to appear in its PGA Tour game franchise.

So, yeah … YOU’LL BE ABLE TO PLAY AS TIGER WOODS AGAIN!!

This is massive news for the guy who was once the king of golf video games!!!

Remember, Tiger dominated the gaming world with his Tiger Woods PGA Tour games from 1999 to 2013 — but hasn’t taken a swing in the digital space since.

That’s changing though … 2K announced Tuesday morning it signed Tiger to an “exclusive, long-term partnership” — in which he will also serve as an “executive director” for its PGA Tour game franchise.

The deal means Tiger’s image and likeness can be used in all PGA Tour 2K golf games.

Tiger — who’s still recovering from a bad February car crash — issued a statement on the deal … saying, “I am looking forward to making my return to the video game landscape, and with 2K and HB Studios, I’ve found the right partners to make it happen.”

“I’m honored to take part in this opportunity and look forward to sharing my expertise and insights as we build the future of golf video games together.”

So, how much cash will Tiger make from the deal? That wasn’t disclosed … but Woods reportedly made a fortune during his run with EA Sports and we’re guessing he’s cashing in huge this time around as well.