Celebrity relationships and friendships are a rare breed. These famous faces have their lives played out in front of the masses, whether it’s the good, the bad, or the straight-up shady. In Elite Daily’s new series, It’s Complicated, we’re highlighting the biggest celebrity “feuds” that took over Hollywood and dominated our Sunday brunches for weeks on end. We’ll take a deep dive into the lives and social media feeds of our favorite stars and dissect what happened in front of the camera, what went down behind the scenes, and everything you might have missed in between.

Fans can usually tell if celebrity couple’s relationship is on the rocks through their social media interactions. Eagle-eyed users spot something is up through deleted photos, a quick search of their followers, or even a seemingly harmless subtweet. When things like that happen, reports of a breakup usually aren’t far behind. Bella Hadid and The Weeknd’s social media interactions certainly paint a clear picture; the two have documented their greatest (and not-so-great) moments together over the course of their five-year on-and-off relationship.

October 2015: The Weeknd Got Mom’s Approval

Hadid and The Weeknd hadn’t yet publicly confirmed their relationship, but that didn’t stop the model’s mom, Yolanda, from sharing a sweet Instagram pic with them at Hadid’s birthday dinner. Yolanda referred to Hadid as "our girl" in the caption.

It came as no surprise when The Weeknd confirmed their relationship to Rolling Stone less than two weeks later.

The day after The Weeknd dropped his "In the Night" music video, which starred Hadid, she posted a gorgeous photo of herself lying in a bathtub full of roses and kissing The Weeknd’s hand. The pic was taken while filming the video, making it clear there was something happening between them before they even made things publicly official.

The 58th Annual Grammy Awards were a big night for The Weeknd. Not only did he take home two Grammys, but he also walked the carpet arm-in-arm with Hadid for the first time.

Hadid commemorated the night on Instagram writing, "This is YOUR day baby! I’m so proud of you ❤️I feel so lucky to be by your side." 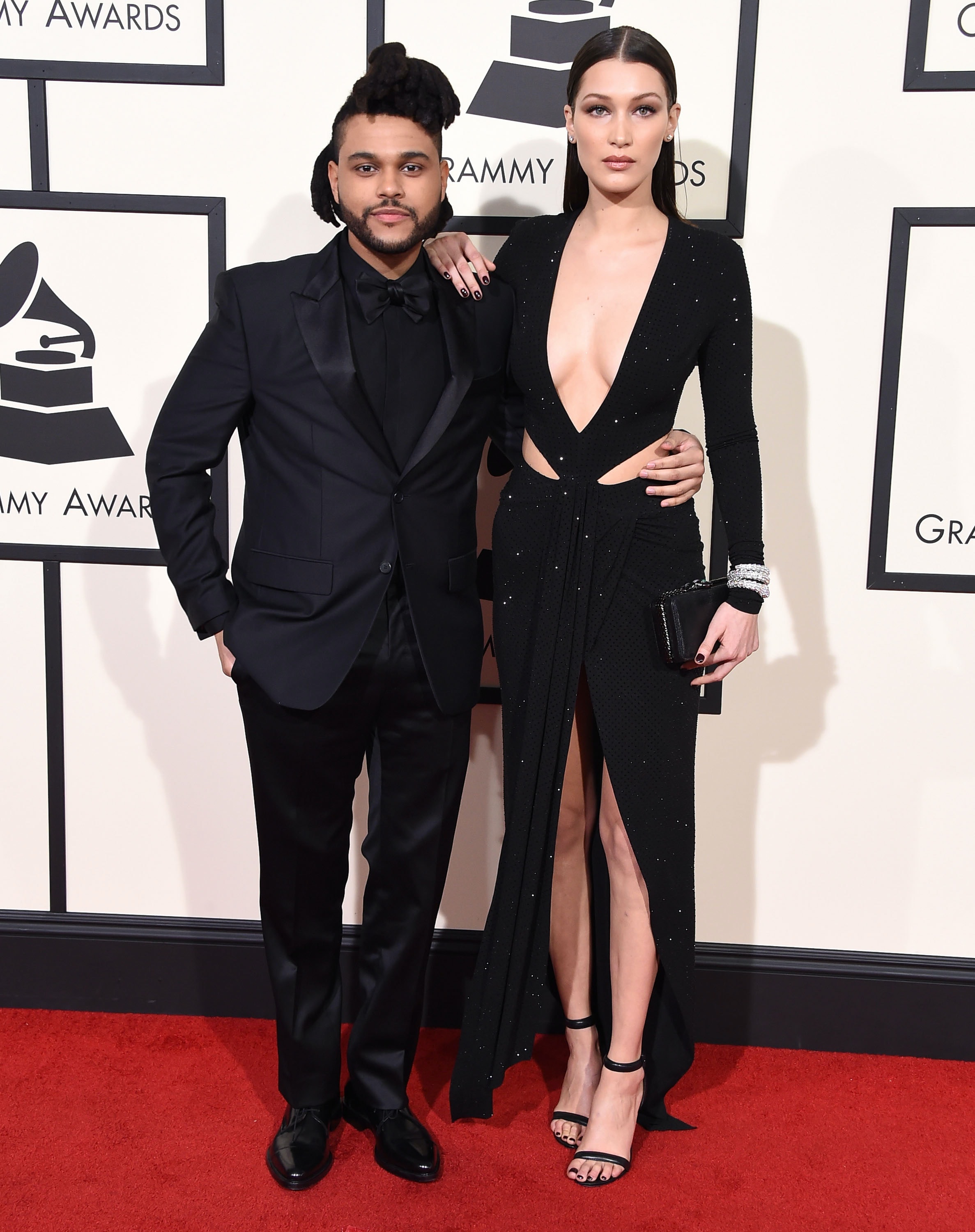 After The Weeknd and Hadid called it quits for the first time in November 2016, he went on to date Selena Gomez from Jan. 2017 to Oct. 2017. During that time, he unfollowed Hadid on Instagram. 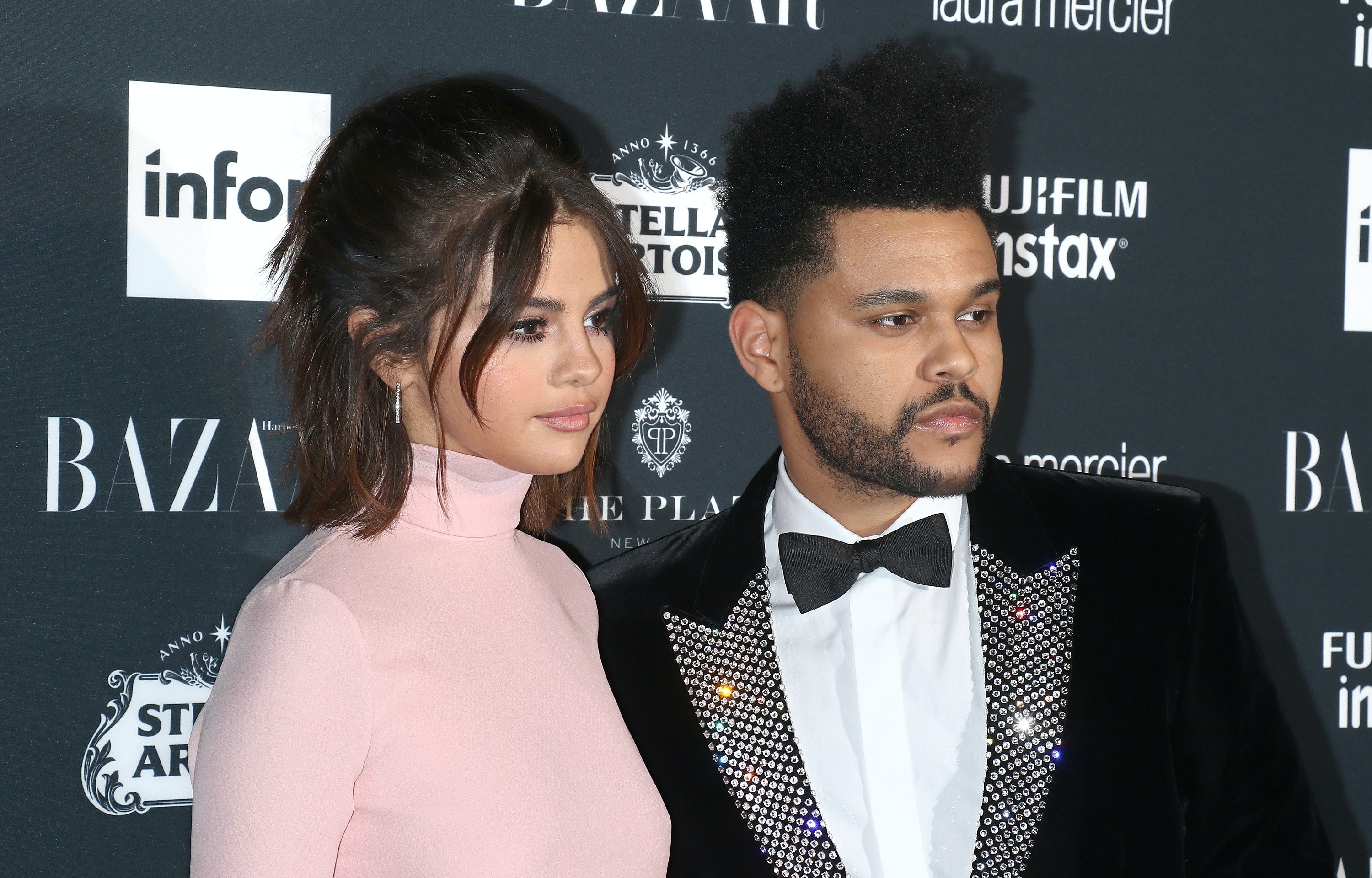 Amid chatter Hadid and The Weeknd were back on, the singer teased their rekindled relationship by posting a video of the model dancing during a date night in Tokyo on July 22. According to E! News, they attended a dinner theater show at the famous Robot Restaurant together.

After months of not following each other on social media, The Weeknd and Hadid refollowed each other on IG. Around that time, E! News reported they were "exclusively" back together.

October 2018: The Wear Their Hearts On Their Sleeves

Hadid wrote a sweet message after celebrating her birthday with The Weeknd, which also included a series of adorable pictures.

"I know I’m a lil late but I’m still in shock thinking about my birthday this year," she wrote. "I’ve never felt so much love & happiness. Thank u to my baby, my beautiful family and friends for making this surprise so special. This was the best day ever( EVER) .. thank you to everyone for the birthday wishes. I feel so lucky, I can’t believe it."

I know I’m a lil late but I’m still in shock thinking about my birthday this year. I’ve never felt so much love & happiness. Thank u to my baby, my beautiful family and friends for making this surprise so special. This was the best day ever( EVER) .. thank you to everyone for the birthday wishes. I feel so lucky, I can’t believe it ?.

While Hadid was in Paris working, she teased an outfit on the ‘Gram that got The Weeknd all in his feels. "Bring this home," he wrote in the comments section.

Love to see @theweeknd active in the comment section. #CommentsByCelebs

The Weeknd and Hadid haven’t interacted publicly on social media since their August 2019 split, but based on their history (and the fact the Weeknd’s After Hours album was basically a love letter to Hadid), that could change at any point. 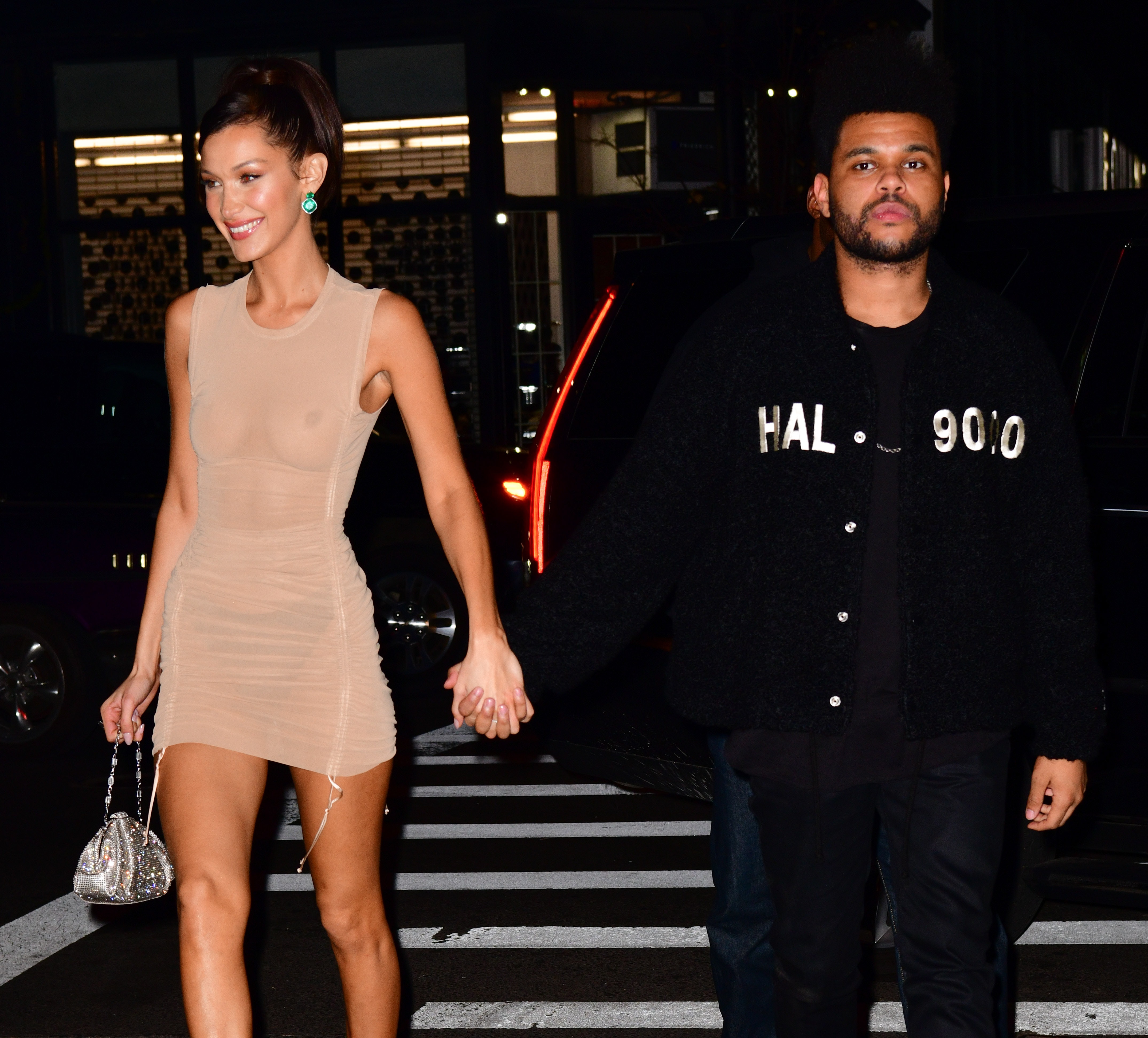 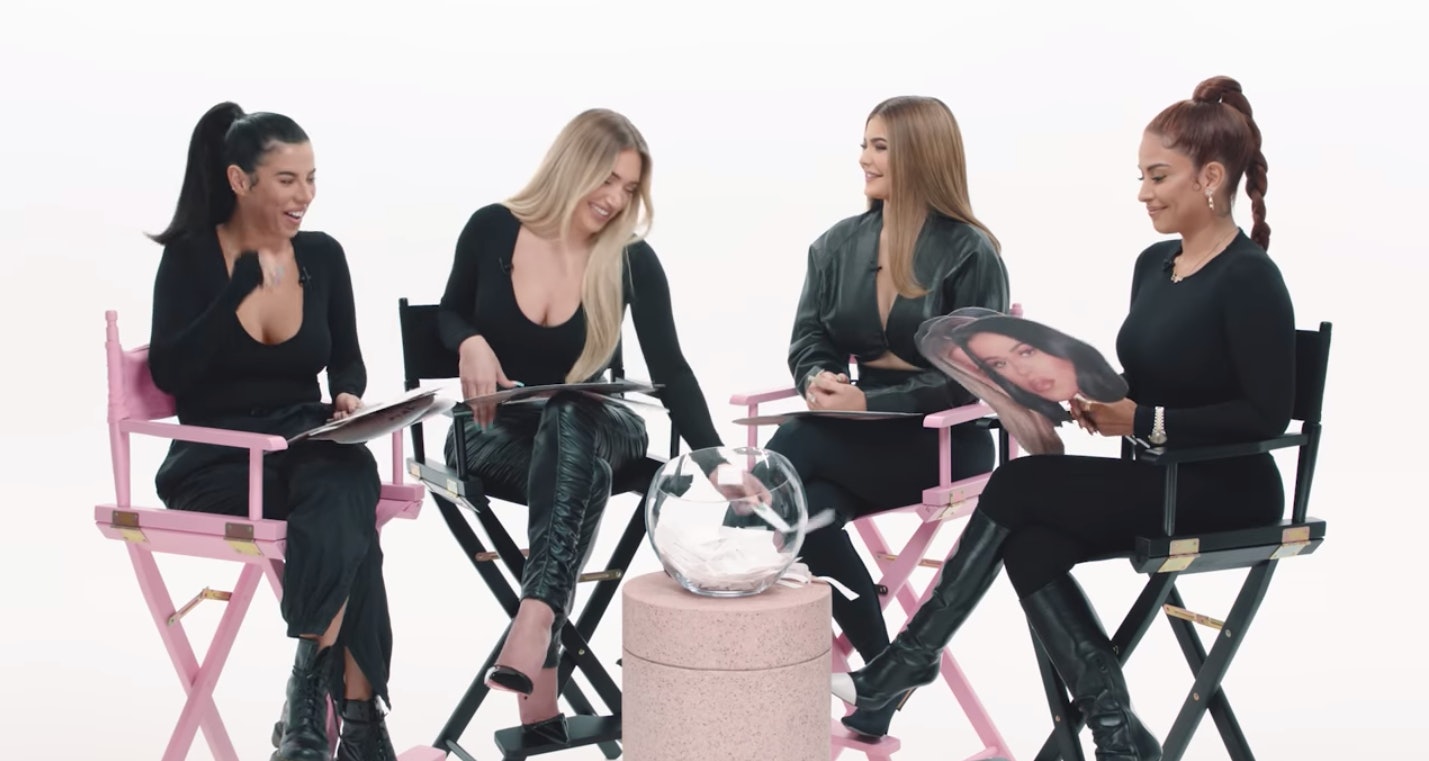 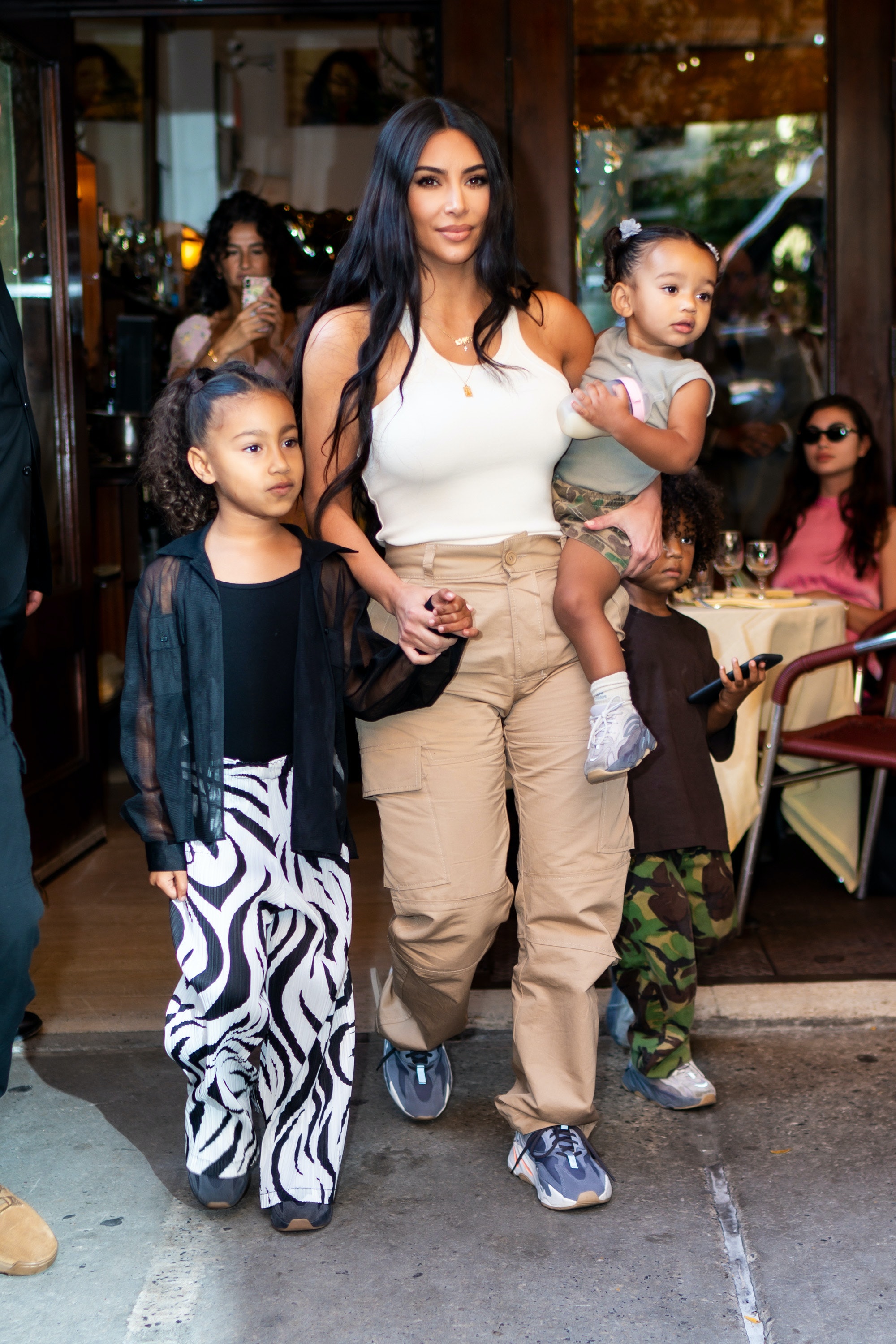 9 Photos Of Celebrity Bedrooms That’ll Give You Major Inspiration