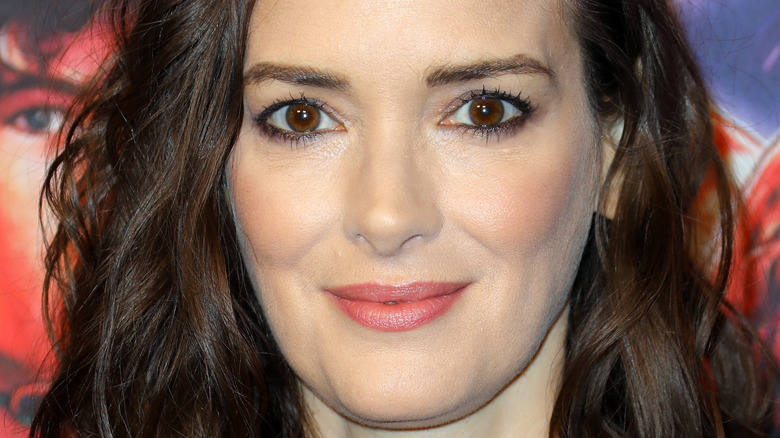 Winona Ryder rose to fame playing the quintessential teen outsider in the 1980s and ’90s in iconic movies such as “Beetlejuice” and “Heathers,” and is often touted as a Generation X icon, per Newsweek. The brunette actor wasn’t always popular or seen as stylish, though. After finding her comeback success in 2017 with the Netflix series “Stranger Things,” Ryder told Marie Claire she was bullied as a child and hoped becoming an actor would make her life easier at school. Instead, it made the bullying worse.

Ryder explained to People in 2017 that she was often targeted because she had short hair, a small frame, and wore boy’s clothing. “I was wearing an old Salvation Army shop boy’s suit,” Ryder told her biographer, Nigel Goodall, for the book, Winona Ryder: The Biography. “As I went to the bathroom I heard people saying, ‘Hey, f*ggot [a homophobic slur].’ They slammed my head into a locker. I fell to the ground and they started to kick the s**t out of me. I had to have stitches.”

Aside from the bulling, though, Ryder’s childhood was fairly positive. Keep reading for more details on her stunning transformation.

Winona Ryder had a grounded childhood, all things considered 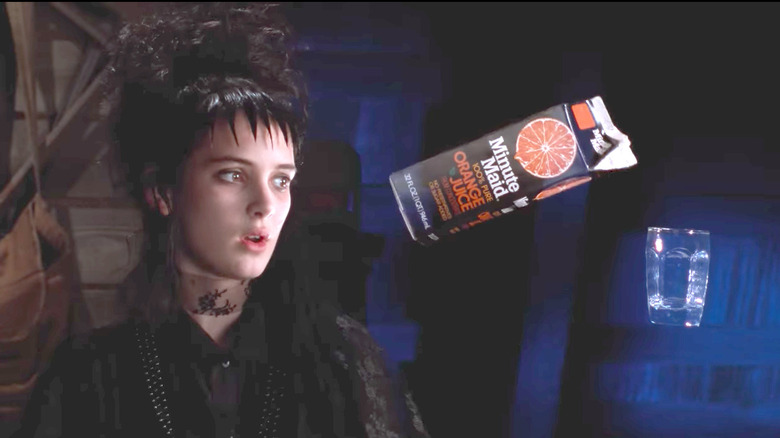 Born Winona Laura Horowitz in 1971 in Winona, Minnesota, Winona Ryder had a less-than-elegant childhood, but it was full of love. She told Marie Claire in 2017 that her family was poor when she was growing up, so her parents — both writers — compensated with love and affection. She was raised on a commune in California, where her parents were friends with poet Allen Ginsberg. Ryder’s godfather was another creative:  writer Timothy Leary. “There’s that saying, ‘you find your family,’ but I would have chosen them even if they weren’t my parents,” she told the publication. “They’re my best friends.”

Her parents were wary of allowing her to try acting, insisting she could only pursue the hobby as long as she kept her grades up. They even refused to allow her to film during school hours. Ryder’s first role was in the 1986 film “Lucas” with Corey Haim and Charlie Sheen, per IMDb, but it wasn’t until her third role — as the rebellious teenage goth Lydia in 1988’s “Beetlejuice” — that she became well-known in Hollywood.

Only 17 years old at the time, the budding actor thought starring in a blockbuster movie would end the bullying she endured at school. “I remember thinking, ‘Ooh, [“Beetlejuice”] is like the No. 1 movie. This is going to make things great at school,'” she told Marie Claire. “But it made things worse. They called me a witch.” 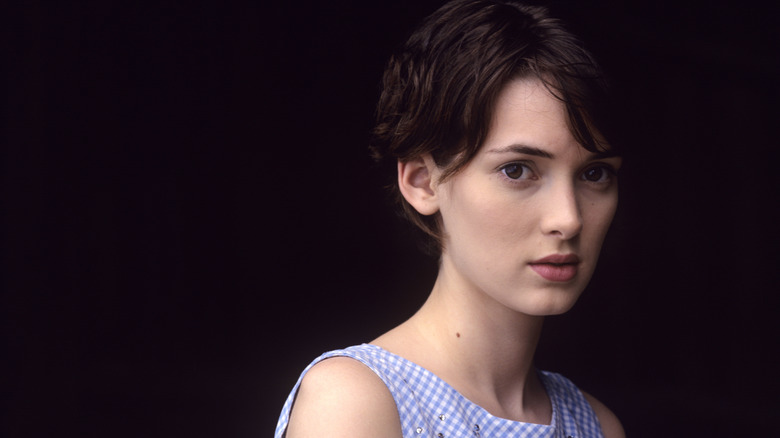 Winona Ryder was one of the hottest young actors in the late 1980s, finding her niche by playing characters who were overly self-conscious and awkward, which she could relate to in real life. According to a Rolling Stone interview from 1994, she described herself as a “cheesy, tacky, nervous, geeky, defensive, pampered, privileged midget freak.” However, her “Reality Bites” co-star Janeane Garofalo said any quirky qualities Ryder had made her all the more likable. “I’ve noticed that even little, little kids like her,” Garofalo said. “I think Winona’s the poster girl of every Trekkie, every computer nerd, every information-superhighway addict, every comedyhead and every comic-book collector. And athletes, too. You know? She’s so gorgeous that she crosses over.”

Ryder was famously became engaged to actor Johnny Depp just months after meeting in 1989, per People, but the relationship ended not long after the two starred together in “Edward Scissorhands.” She also dated Matt Damon and Dave Pirner from the band Soul Asylum, according to Biography. After roles in hit films such as “Great Balls of Fire,” “Heathers,” “Dracula,” and “Reality Bites,” Ryder also found critical success, winning a Golden Globe for Best Supporting Actress for her role in “The Age of Innocence“ and an Academy Award nomination for playing Jo in “Little Women.“ Soon after, her career took a nosedive, and Ryder all but disappeared from the spotlight.

Winona Ryder revealed her struggles as a young star 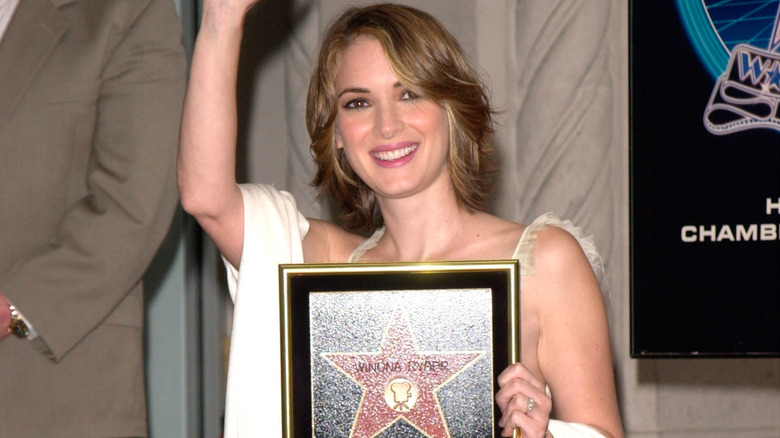 In 1999, Ryder opened up about dealing with anxiety and depression in an interview with Diane Sawyer. Not long after, was arrested on suspicion of shoplifting in December 2001 and was simultaneously found with numerous prescription drugs, according to Biography. Ryder later told The Cut in 2016 that it was a rough period for her, and she temporarily gave up acting because of the intense public scrutiny that followed. She said the stigma of battling depression and anxiety meant she developed a reputation for being crazy, which felt unfair. “Even that word, ‘anxious,'” she told the publication. “It’s a bad word. And so like all of these words — it’s kind of what I tried to do with ‘Girl, Interrupted,’ and why I was so invested in that book and trying to get it made [as a movie]. My whole point was, this happens to every girl, almost.”

Ryder said she wanted to help remove the stigma of depression and anxiety by revealing her struggle to Sawyer on television, but it only added to her internal struggles and changed the way people viewed her. “I think by doing that, maybe coupled with my physical size, there’s this ‘crazy’ thing,” she told The Cut. “And I’ve realized recently it’s literally impossible to try to change that story.” 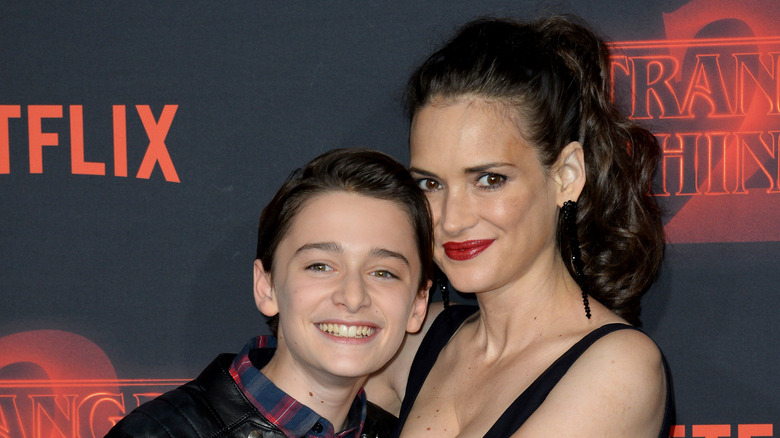 Winona Ryder returned to acting in 2006, starring in “A Scanner Darkly” before being cast as an embittered, aging dancer in 2010’s “Black Swan,” per IMDb. However, she wouldn’t find herself in a major spotlight again until she debuted as Joyce Byers in the Netflix mega hit “Stranger Things” in 2016. Ryder told The Cut she often gets asked what it’s like to play a mother when she’s not one herself. “I know nothing could compare, and I haven’t had that experience, but when my niece was born, I felt like I would jump in front of a car and die for this little person I didn’t even know yet,” she said.

She told Marie Claire she also consulted her own mother to prepare for “Stranger Things.” In the series, Ryder plays a single mother of two whose youngest son goes missing. Surrounded by a cast of young actors who suddenly became famous, Ryder admitted she worried about them all growing up in the spotlight. “Millie [Bobby Brown, who plays the enigmatic Eleven] teases me,” she said. “I’m like the old grandma.” She laughed, sharing a story about how she mistakenly thought someone said “snack” when referencing the Snapchat messaging app. “‘Snack chat? Give me a piece of that!’ I’m like the confused older person [on the set],” she said.

Even through her rough patches, it seems like Ryder never lost her passion for her craft, and is being rewarded for it today.