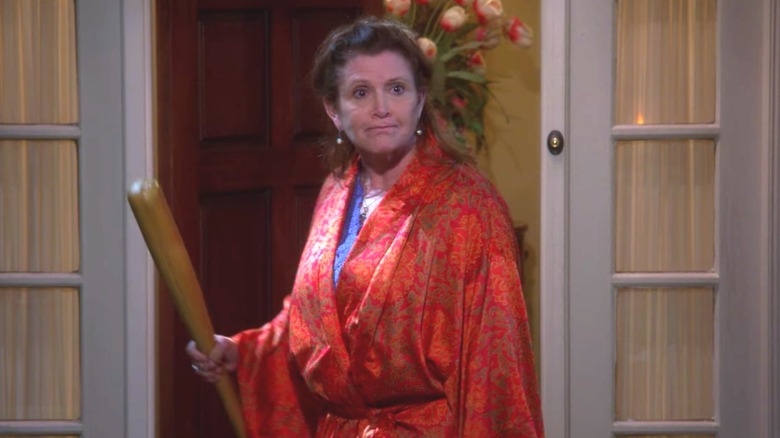 Throughout its 12 seasons, “The Big Bang Theory” thrived on referencing pop culture. Iconic sci-fi franchises “Star Wars” and “Star Trek” were major go-to’s for the series’ writers, who would often put Sheldon, Leonard, Howard, and Raj in situations involving characters, costumes, and props.

“Star Wars” featured so heavily on the CBS sitcom in fact that some of its main stars made appearances along the way. Carrie Fisher, Mark Hamill, and James Earl Jones all made cameos as themselves in “The Big Bang Theory” (via SyFy Wire), with the show’s characters often being left (understandably) speechless with these encounters.

But there was one “Star Wars” joke that never actually made it to air, and it would have definitely been one of the show’s most memorable moments. If you cast your mind back to the Season 5 episode “The Hawking Excitation,” you’ll remember Sheldon being forced by Howard to wear a French maid costume when meeting Stephen Hawking. As it turns out, this wasn’t the writers’ first choice. 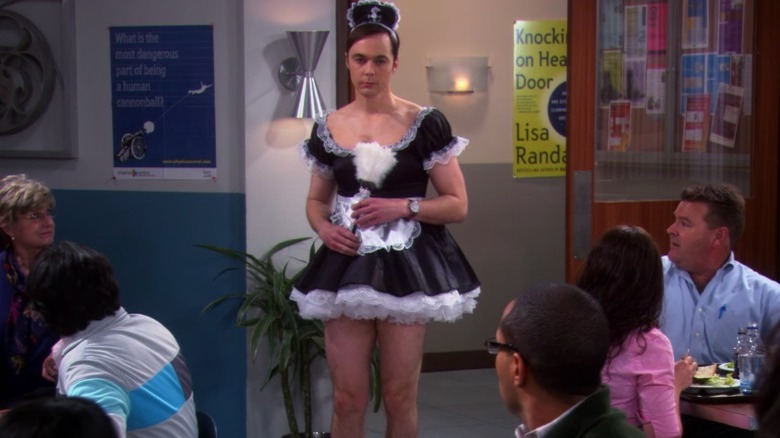 During an interview with Jim Parsons (via YouTube), Conan O’Brien told the actor that he’d noticed that it always seems like the writers were “trying to challenge” him in some way by putting him “in situations that will irk” him. In response, Parsons revealed that this was the case on “The Hawking Excitation,” where he was originally supposed to wear Princess Leia’s slave bikini while meeting Hawking.

Parsons obviously refused. “I was like, ‘Please, I would have needed three months with a trainer to put on the Leia bikini’,” adding, “I was just like, ‘I can’t wear that. That’s a lot of skin’.”

In another interview with O’Brien (via YouTube), Parsons explained the situation further and revealed that he wasn’t given much forewarning about what Sheldon may be wearing in an episode. Sarcastically calling the maid’s uniform “a real deal,” Parsons was relieved that it at least covered his midsection.