The Queen’s Granddaughter Zara Tindall is pregnant with her third child, which means another royal baby is joining the family. Zara’s husband Mike Tindall confirmed the happy news during an appearance on The Good, The Bad & The Rugby podcast (via People), saying “It’s been a good week for me, had a little scan last week—third Tindall on its way.”

“We’re not sure what to do,” Mike continued. “I’d like a boy this time. I’ve got two girls. I would like a boy, but I will love it whatever, whether it’s a boy or a girl but please be a boy!” 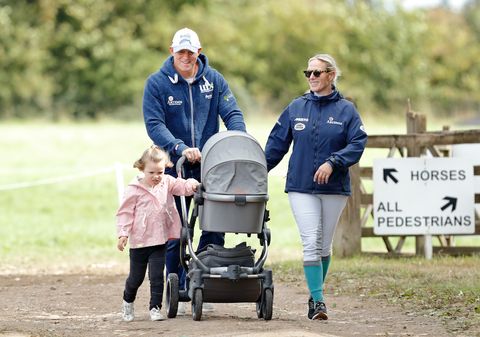 Zara and Mike have two daughters named Mia Grace and Lena Elizabeth, and neither of them know they’re expecting a sibling just yet:

Mike also said that Zara is doing “very good,” explaining that due to her previous miscarriages she is “always careful because of things that have happened in the past.” He added that he hadn’t run the baby announcement by his wife, saying “There’s a good chance she might just read it. I’m not going to tell her that I’ve told you but, shh, keep it (quiet). No one will know. What, 150,000 listeners a week? No one will tell her!”

Congratulations to Zara and Mike!