When it comes to Miles Teller, the actor best known for his roles in films like “Whiplash” and “The Spectacular Now” isn’t necessarily in the front-running for any popularity awards in the entertainment industry. Outside of his acting career, Teller’s attitude, conduct, and behavior led to a journalist writing the following as a first line for a 2015 profile for Esquire: “You’re sitting across from Miles Teller at the Luminary restaurant in Atlanta and trying to figure out if he’s a dick.” (It’s no surprise to learn that the profiler concluded the affirmative and that the profile went viral at the time.)

Six years later, Teller is making headlines for his controversial behavior. But this time, its outstanding effects are much greater than the opinion of one journalist and a dinner conversation, or the readership of a magazine. Instead, its ramifications are on the health and safety of his fellow members of a project’s cast and production team.

According to a report published by the Daily Mail on Sept. 3, at least one source involved in the television series “The Offer,” about the making of the 1972 film “The Godfather,” which Teller was cast to star in as movie producer Al Ruddy, told the tabloid that Teller had exposed the entire team to COVID-19. Not only that, but he had outright refused to either get vaccinated or even submit to COVID testing. So, what’s the story here? 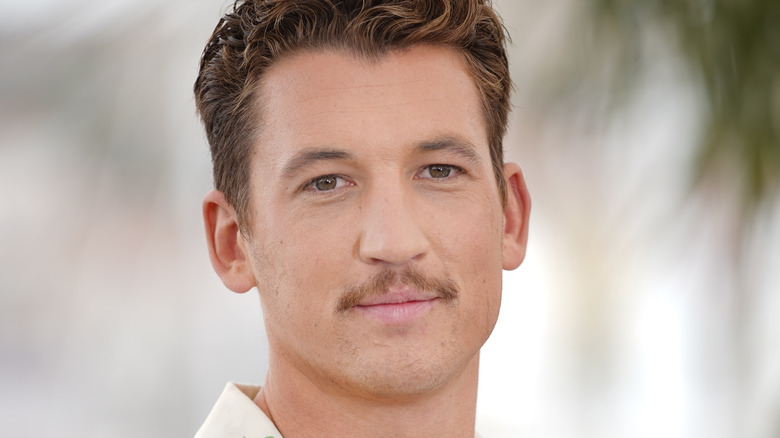 According to the anonymous source who spoke with the Daily Mail, Teller was responsible for Paramount Television Studios’ decision to halt production of “The Offer.” The reason? Teller, who tested positive for COVID-19 on a Hollywood lot, had refused to take a COVID test prior to his diagnosis, in addition to foregoing the vaccine. “Miles Teller is not vaccinated,” the insider told the tabloid. “He wouldn’t even get the test. Now he’s brought the virus to the set, and the whole set had to shut down.”

Though Paramount did confirm that the studio suspended production on “The Offer” for now, its official statement did not mention or indicate any responsible parties for the COVID-19 potential spreader event, per the Daily Mail. Lauren Hozempa, who works as a publicist for Teller, told the publication that their “facts are incorrect,” but did not go into details regarding Teller’s behavior or confirm or deny his COVID-19 result.

Teller has also, by all appearances, not been vocal on any given stance regarding COVID-19 or vaccinations on his social media accounts.