In what universe would you expect to see the Golden Girls face off against Batman, Robin and Batgirl? Funko’s, of course! The pop culture figurine factory will be churning out its first strategy board game, Funkoverse this October, mixing up different genres including the world of Harry Potter and Rick and Morty.

“It’s thrilling to finally share with fans the debut of Funkoverse, the first pop culture-infused board game from Funko Games,” said Brian Mariotti, Chief Executive Officer of Funko. “The games division underscores our commitment in creating the most innovative and relevant products out on the marketplace. Our employees take great pride in continually discovering new ways to reach the fan in everyone.” 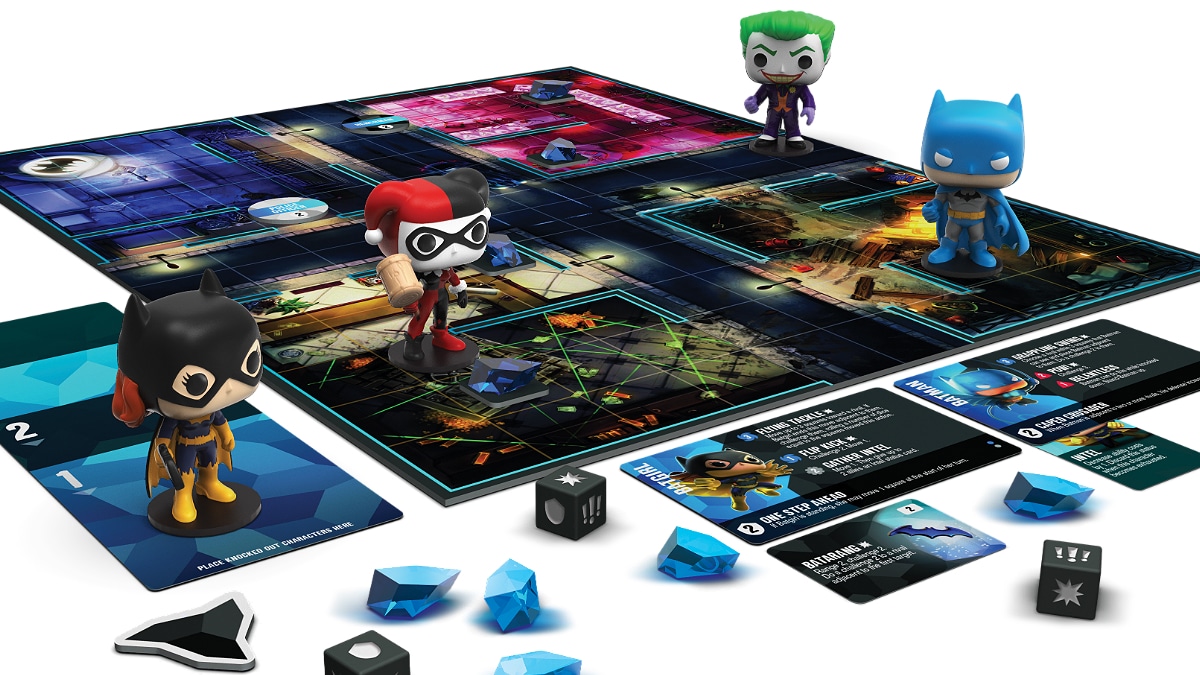 So, technically Funko is releasing six new games, but they are collectible and mix-and-matchable as the gameplay is the same. The first set of games (as surely there will be more coming if the games are a hit) including pop culture icons: Harry Potter, Rick & Morty, DC Comics and The Golden Girls. The games are geared to for not only seasoned gamers but new ones, of any age, as well. As a bonus, the player markers for the game will be new 3-inch tall versions of the famous figurines.

Those who attended the San Diego Comic-Con last month got a sneak peek at the games. The rest of us will have to wait until the games hit the shelves of Target, Walmart and Gamestop this October. Pre-orders are being accepted right now.

Funko has also announced that the company is also getting into causal game play as well with Funko Pop! Blitz in partnership with Universal Games and Digital Platforms. The match-3 puzzle game will feature even more Funko creations from Back to the Future, Jurassic World, Shrek, How to Train Your Dragon, Universal Monsters and more.

The game is coming soon to iOS and Android. No word yet on when that game will be available, but you can sign up at the Funko Pop Blitz website for more news as it develops.

Mother, 68, died after falling out of her car and running herself over as she tried to reverse park outside her house, inquest hears Sandra…