Presenter Vernon Kay, who is also the husband of Strictly Come Dancing host Tess Daly, unveiled his massive back tattoo today. In 2012, the star lost a bet that meant he had to get NFL player Eli Manning’s face inked on his back, but not until a decade later was he able to show Eli the artwork in person.

Vernon, 48, removed his shirt to reveal the gigantic black-and-white tat of Eli, 41, who was left gobsmacked.

In the picture, Eli is standing next to Vernon’s back, mimicking the expression on the tattoo ten years on.

In the caption, Vernon wrote: “Finally got to show #elimanning my punishment for betting against him and @nygiants in 2012. Link in bio. He was quite surprised!!” 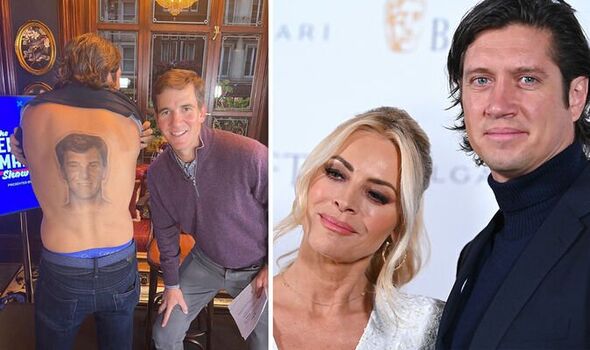 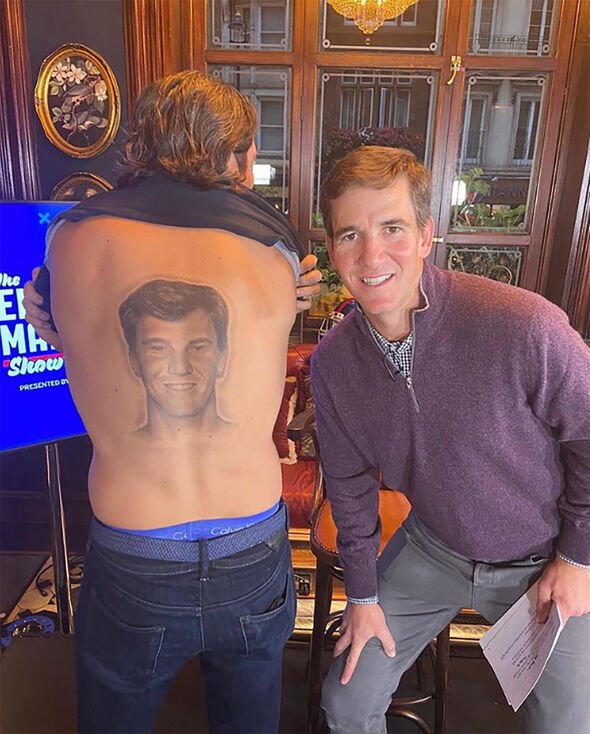 Speaking on The Eli Manning show, Vernon explained that in 2012, he had backed the New England Patriots over the New York Giants, which lost him the wager.

“You were playing the quarterback who is the godfather of my children, Tom Brady.

“Big fan of Tom Brady. I said the Patriots would win and my best friend said that you guys would win. Obviously, you guys won.” 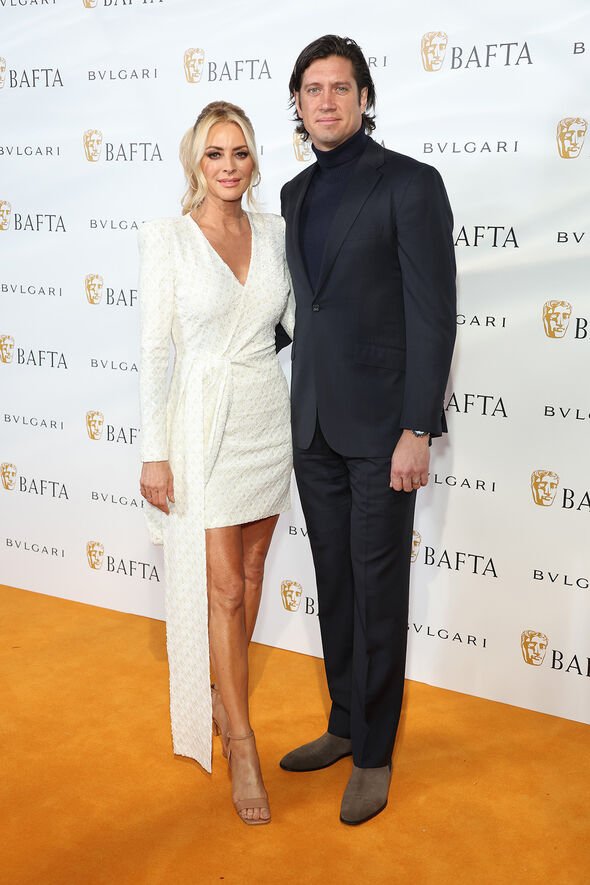 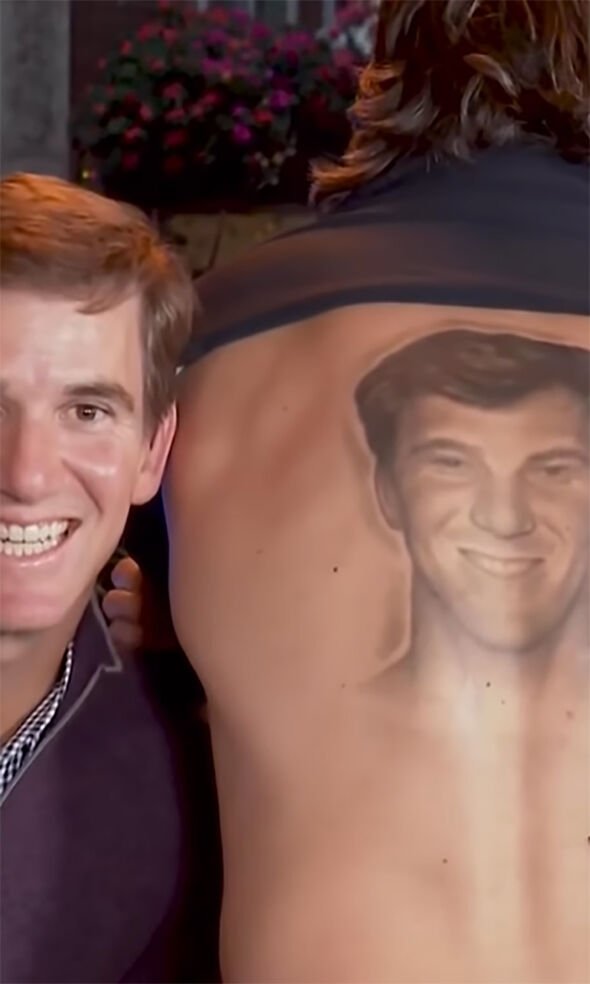 Eli then asked how it had turned out for him, only for Vernon to reveal the enormous inking on his back, which the former NFL player initially thought was fake.

“Oh my God,” he exclaimed as he rubbed it to check it was real.

He told Vernon: “I think it looks great. You’re lucky it’s a good-looking guy back there.”

Eli is an American former football quarterback who played in the National Football League for 16 seasons with the New York Giants.

Vernon is a Radio DJ and television presenter, who hosted his own BBC Radio 1 show between 2004 and 2012.

The star also appeared on the twentieth series of I’m a Celebrity…Get Me Out of Here!, finishing in third place.

He married Strictly presenter Tess in 2003 and the couple share two daughters: Phoebe, 17 and Amber, 13.

Vernon and Tess first met on T4 while he was a presenter for the channel and the pair are now one of British TV’s best-known power couples.

Some of the high-profile celebrities taking to the floor this year include Arsenal legend Tony Adams, Countryfile’s Helen Skelton and Coronation Street’s Kym Marsh.

Tonight will see another couple go home after Loose Women’s Kaye Adams was the first to be voted out of the competition.

Strictly Come Dancing: The Results airs at 7.20pm tonight on BBC One.