Getting serious? Chris Soules and Victoria Fuller may be one of the more surprising Bachelor Nation couples, but their romance appears to be heating up.

The 38-year-old farmer and the 26-year-old medical sales rep were recently spotted together in her hometown of Virginia Beach. During their trip, the duo were spotted having lunch at Leaping Lizard Cafe on Friday, June 19. 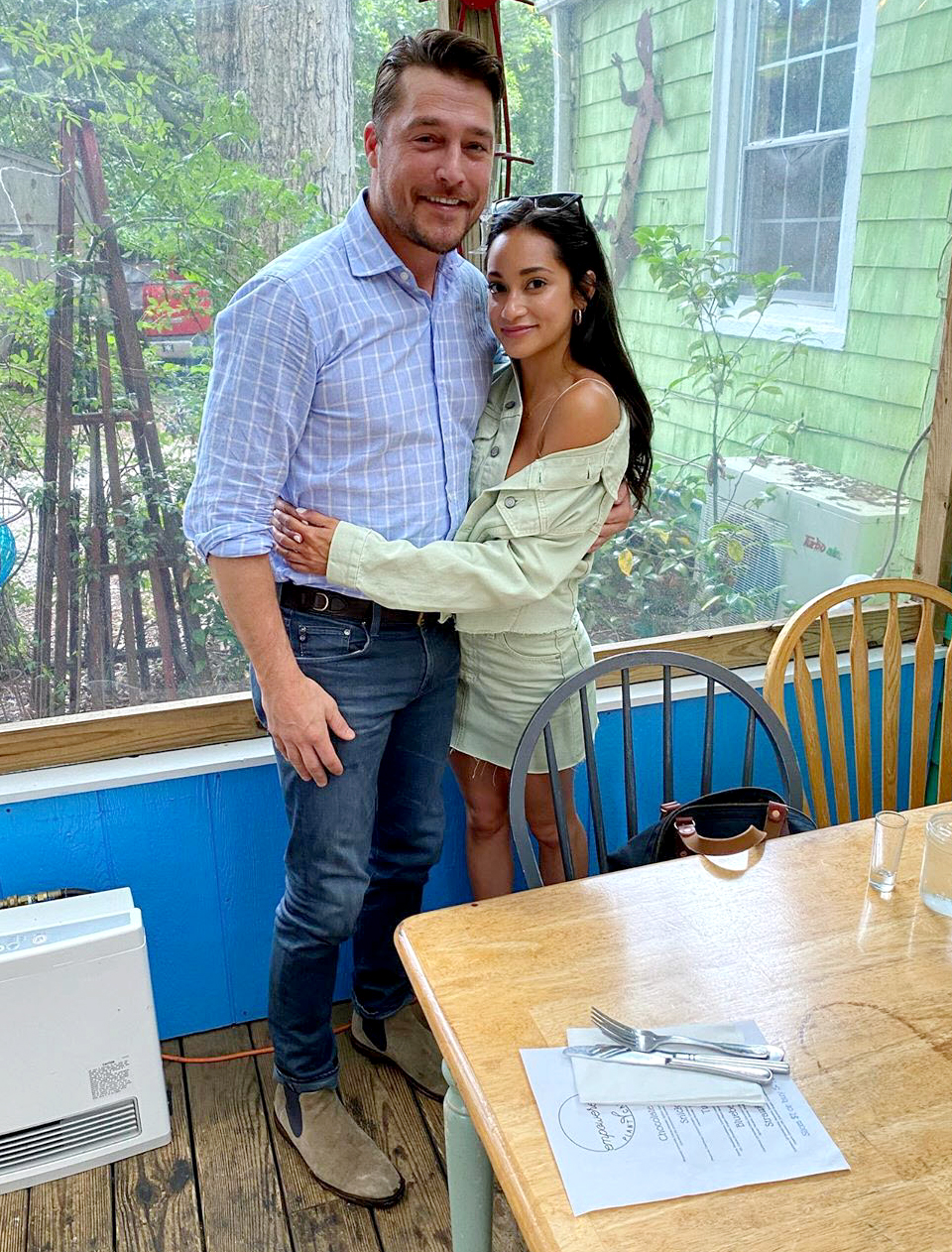 “They seemed genuinely happy and were very appreciative of everything,” a staffer at the restaurant told Us Weekly exclusively, noting that Soules picked up the check. “They kept saying, ‘This place is so cute!’ They were so pleasant together.”

Us broke the news in May that Fuller and Soules were “exclusively dating” after she traveled to Arlington, Iowa, to quarantine with the season 19 Bachelor. According to an insider, the twosome first connected via Instagram.

It’s likely the couple traveled to Virginia to spend time with Fuller’s family, whom Bachelor Nation was set to meet during her hometown date with Peter Weber on season 24 of the ABC dating show. After the pilot’s ex-girlfriend Merissa Pence crashed their date and accused Fuller of “breaking up” a series of relationships in the past, however, Weber and Fuller got into a heated confrontation on the doorstep of her parents’ home and he never made it inside.

“You’re supposed to meet my family tonight, and you decided that what Merissa told you was more important than meeting my entire family,” she told him on the February 17 episode.

While Weber didn’t eliminate Fuller at the final four rose ceremony, he sent her packing the following week. He has since started dating contestant Kelley Flanagan, whom he reconnected ending his engagement to winner Hannah Ann Sluss.

Soules, for his part, competed for Andi Dorfman’s heart on season 10 of The Bachelorette. After the attorney decided she couldn’t picture herself in Iowa, ABC gave Soules the chance to find love as the season 19 Bachelor. While he proposed to Whitney Bischoff during the 2015 finale, their romance didn’t last. The Dancing With the Stars alum previously told Us that he had “given up” on finding The One.

“I just think you know when you find it,” Soules said in December 2019. “I’m getting old enough to kind of learn that it’s just about, like, when it’s time, it will occur. … I used to [have a timeline] a long time ago, but as time goes by, I’m healthy, I’m semi-young, and when I meet the right person, it will be the right time.”