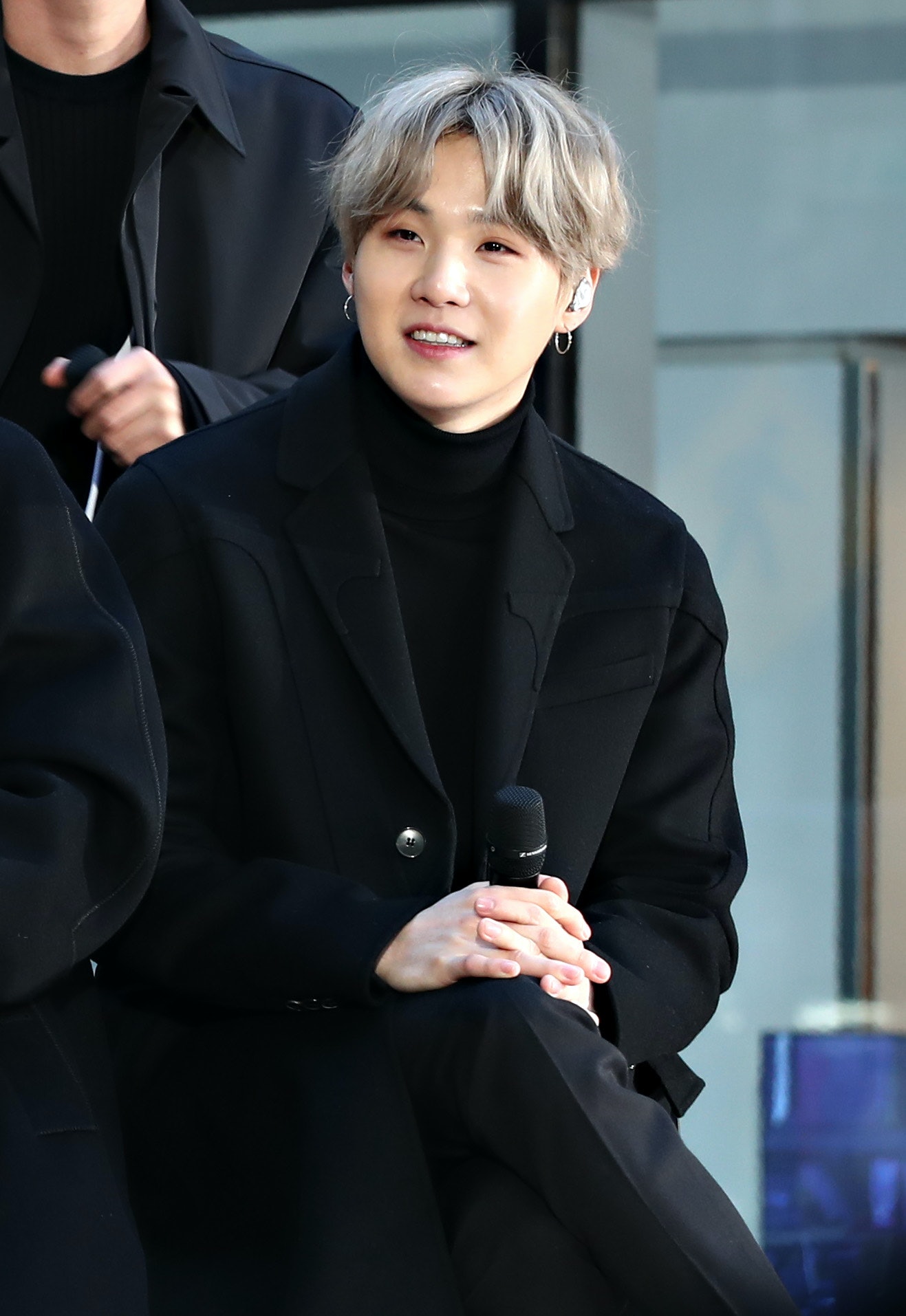 Days before dropping their highly-anticipated comeback single "Butter" on May 21, BTS opened up to Rolling Stone about a few sensitive topics, including their experiences with xenophobia, their future military enlistment, and their dating life. Through the years, whenever the guys were asked if they were seeing anyone romantically, they’ve said they were too busy to date. Some have speculated they’ve never acknowledged any romantic relationships because of fear over how fans would react to the news. However, Suga’s response to questions about BTS’ dating life proves he and the rest of the group trust ARMYs.

During BTS’ May 13 interview with Rolling Stone, the group was asked if they’re worried about backlash if any of the members were to ever date in public. Suga responded by saying ARMYs are all different and it’s wrong to assume everyone would react the same. "I have a hard time understanding this question. The ARMY is a diverse group. In this hypothetical situation, some may accept it, some may not. Whether it’s dating, or something else, they’re all individuals, and they will understand things differently," Suga said.

While ARMYs may be curious about each of the members’ relationship status, they respect BTS’ decision to keep their personal life private. After seeing Suga’s mature response to questions about BTS’ dating life, fans took to Twitter to thank him for sticking up for ARMYs. "The way yoongi always defends and praises us," one fan said.

"When yoongi made sure to reinforce the idea that army is not a monolith n that we all have different opinions and will react to things differently… i shed a tear yeah he respects us a lot," another fan tweeted.

In that same Rolling Stone interview, RM made sure to compliment ARMYs’ maturity. "The ARMY is a lot more levelheaded than even we are," he said.

Due to the coronavirus pandemic, BTS unfortunately couldn’t perform in front of ARMYs throughout 2020. Even now, Big Hit has yet to announce new dates for the group’s Map of the Soul world tour after it was postponed last year. "The roar of the crowds and ARMY is something we loved. We miss that more and more. And we long for that more and more," Jungkook said.

Clearly, BTS and ARMYs’ love and appreciate each other so much, why is why they’re always looking out for one another!