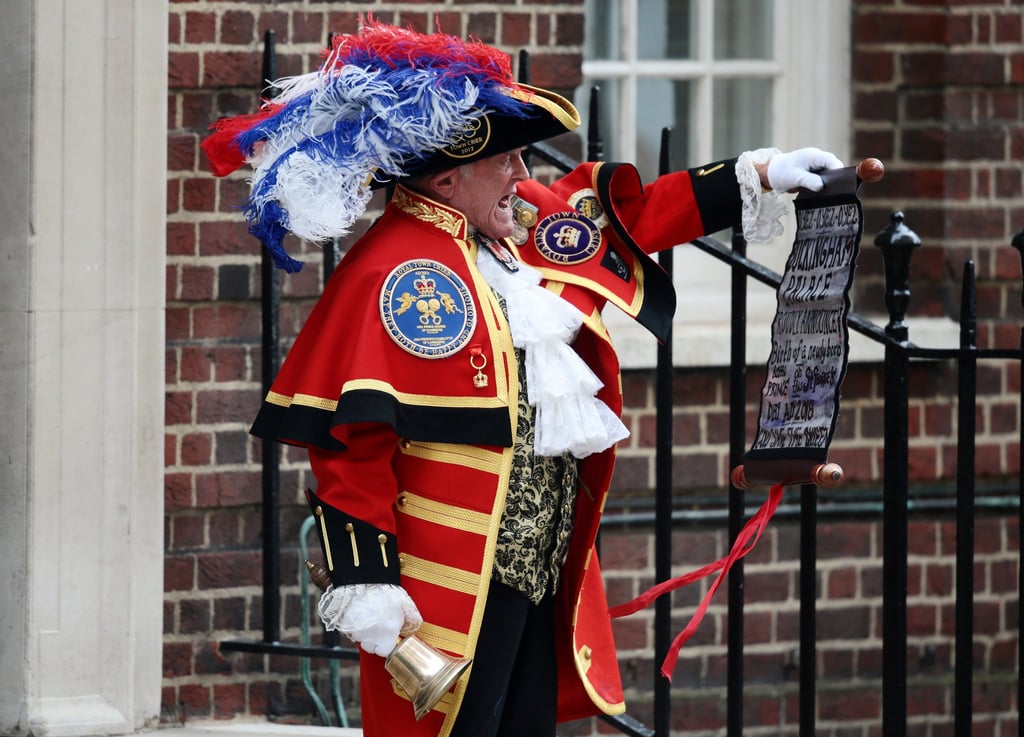 As the world eagerly awaited the birth of the third royal baby, many were surprised to see the news being proclaimed by a traditional (if not cartoon-like) town crier, on the steps of St. Mary’s Hospital. The news, however, was not in fact delivered by the heavily decorated gentleman. Instead, the official announcement was delivered by Kensington Palace on Twitter, while an easel was also displayed in front of Buckingham Palace.

So, what was going on with that town crier? As it turns out, Tony Appleton is the 81-year-old official town crier for the town of Romford, England. He is, however, a sort of freelance town crier who is also available for hire to appear at corporate events and parties. To no surprise, Tony also previously appeared to announce the engagement of Prince Harry and Meghan Markle, as well as the births of Princess Charlotte and Prince George. So while he certainly has no official royal connections, at this point, he’s a certified staple.