Shia LaBeouf and Margaret Qualley have called it quits, according to a new report on Jan. 6. The news comes after the actor’s ex, FKA twigs, accused him of physical and emotional abuse in a lawsuit filed in Dec. 2020.

Shia LaBeouf and Margaret Qualley‘s relationship has run its course. “They broke up on Saturday. They’re just in different places in their lives,” a source told People, citing the breakup date as January 2. It’s unclear why the two reportedly parted ways, especially since they’ve been spotted together in recent days as Shia faces  allegations of abuse by his ex-girlfriend FKA twigs (née Tahliah Debrett Barnett). 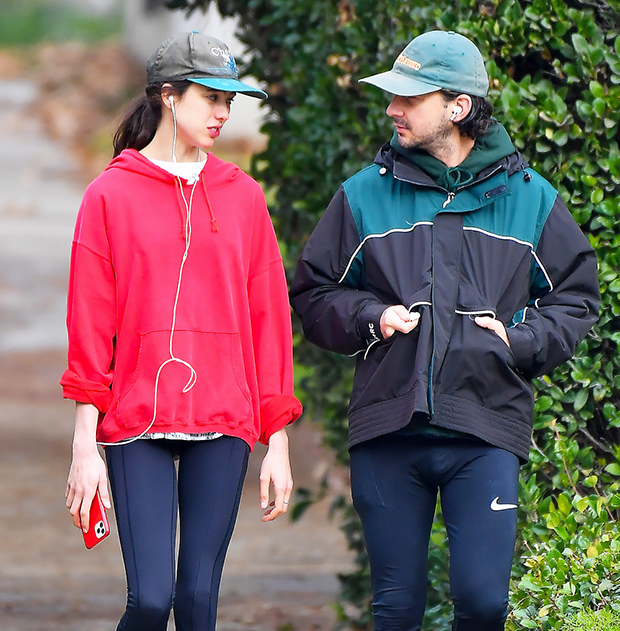 Another source revealed that Margaret, who is the daughter of actress Andie MacDowell, was aware of the “backlash” she received for staying with Shia amid the abuse allegations. The first source added that Margaret’s top priority remains her acting career, and she is “ready to get back to work.” The Once Upon a Time in Hollywood actress will soon travel to Canada, where she’s set to begin filming a movie alongside Margot Robbie, who also starred in the latter film.

It’s unclear when Shia and Margaret got together, although it’s rumored that sparks flew when they starred in the music video for Love Me Like You Hate Me — a song by Margaret’s sister, Rainey Qualley, who goes by the artist name, Rainsford. Shia and Margaret have not confirmed or addressed the split report, and HollywoodLife has reached out to representatives for the actor and actress.

Many fans assumed Margaret decided to stick by Shia after news of his ex’s lawsuit went public. They were spotted together on a number of occasions since FKA filed the court documents in December of 2020. More recently, Margaret and Shia were seen holding hands on Monday, January 4, according to People. Before that, Shia and Margaret were photographed on early morning jog in his Pasadena, CA neighborhood on December 29. 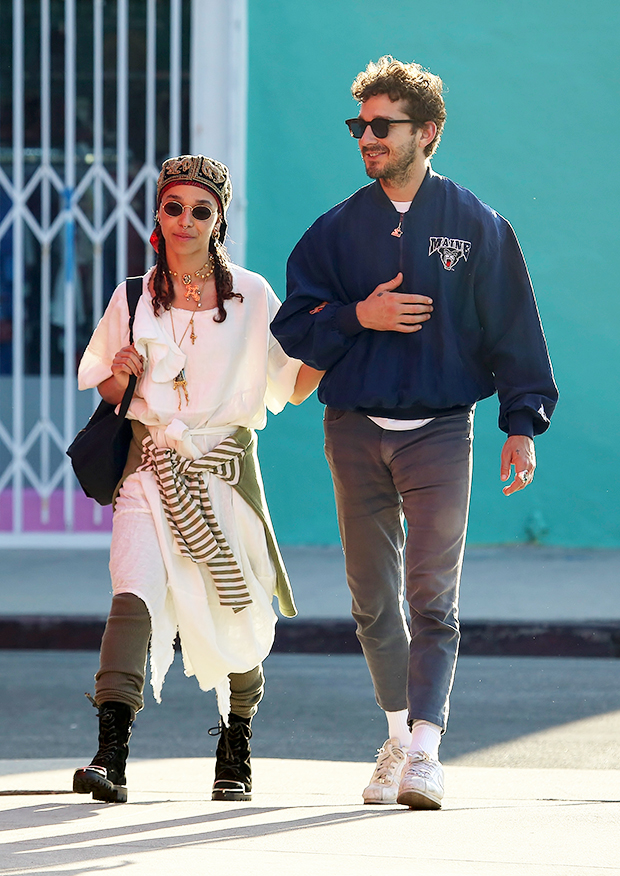 In the December 11 lawsuit — which FKA filed in a Los Angeles Superior Court — the 32-year-old singer recounted a specific alleged incident “just after Valentine’s Day 2019″ where Shia was driving recklessly while she was in the car. FKA claimed when she “begged” to be let out of the vehicle, Shia allegedly assaulted her. HollywoodLife obtained the aforementioned court documents.

Shia responded to his ex’s abuse allegations in an email to The New York Times, which read: “I’m not in any position to tell anyone how my behavior made them feel. I have no excuses for my alcoholism or aggression, only rationalizations. I have been abusive to myself and everyone around me for years. I have a history of hurting the people closest to me. I’m ashamed of that history and am sorry to those I hurt,” Shia continued, adding, “There is nothing else I can really say.”

Following news of the lawsuit, HollywoodLife reached out to reps for both Shia and FKA for comment. FKA’s lawyer, Bryan Freedman, shared the following statement with us: “Shia LaBoeuf has abused Ms. Barnett, Ms.Pho and others. We tried to resolve this matter privately on the condition that Mr. LaBeouf agree to receive meaningful and consistent psychological treatment. Since he was unwilling to agree to get appropriate help, Ms. Barnett filed this suit to prevent others from unknowingly suffering similar abuse by him.”

On Christmas Eve, Shia’s attorney confirmed that the Transformers actor was seeking treatment. “Shia needs help and he knows that. We are actively seeking the kind of meaningful, intensive, long-term inpatient treatment that he desperately needs,” Holley told our sister publication, Variety, almost two weeks after FKA filed the lawsuit against her ex. Additionally, Olivia Wilde has allegedly fired Shia from her movie, Don’t Worry Darling, after insiders told Variety that the actor “displayed poor behavior” and that “his style clashed with the cast and crew.”

Shia began dating FKA after he cast her in his film, Honey Boy. The relationship began sometime after his split from actress Mia Goth in 2018, and lasted less than a year. The pair was fairly quiet about their relationship while they dated.