‘We all have our ugliness in every relationship but theirs was extreme’: Sharon Osbourne slams Johnny Depp and Amber Heard and begs them to ‘move on with life’

The TV star, 69, has been outspoken about her support for Johnny throughout the explosive trial between the former couple.

However, on Monday’s Lorraine, she did not choose a side, instead calling out both of the actors and telling them to ‘move on’. 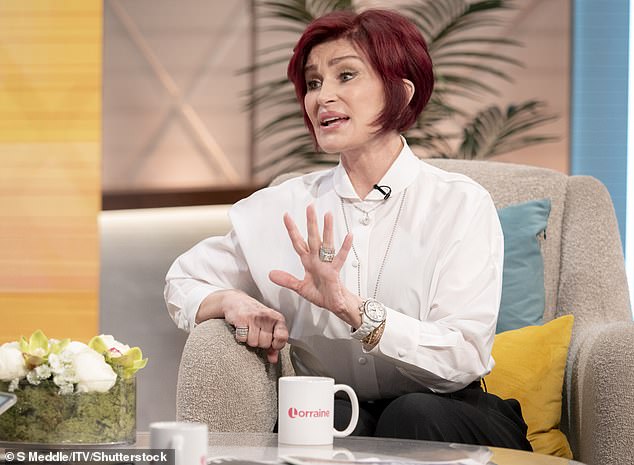 Lorraine Kelly commented: ‘Now the court case is behind him, it must be difficult for you as a friend watching that and seeing him going through that’.

Sharon replied: ‘It’s very ugly, for both of them. Listen, what goes on at home between two people, nobody knows all the ugly details – and we all have our ugliness in every relationship but theirs was extreme.’

Sharon previously showed her support for Johnny, by describing him as a ‘gentle soul’ after he won his defamation case against his ex-wife Amber.

Amber countersued him for $100million, claiming that Johnny’s lawyer Adam Waldman made defamatory statements by calling her claims a ‘hoax’. 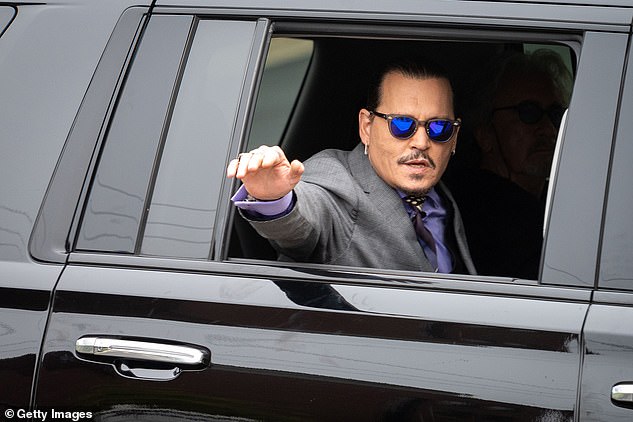 Case: The TV star, 69, has been outspoken about her support for Johnny (pictured) throughout the explosive trial between the former couple

As the high-profile case came to a close on Wednesday, Johnny won the trial and was awarded more than $10million, vindicating his stance that Amber fabricated claims that she was abused by the star before and during their brief marriage.

Speaking about the result, TV personality Sharon admitted she didn’t expect Johnny to win the defamation case as she showed her support for the Hollywood star.

She told TalkTV’s Piers Morgan Uncensored on Wednesday: ‘Wow, it wasn’t what I was expecting. I mean, I wanted Johnny to win but I didn’t expect him to.’

Sharon went on to describe Johnny as a ‘gentle soul’ and a ‘good human being’ as she detailed one off-camera occasion that she believed proved his good character. 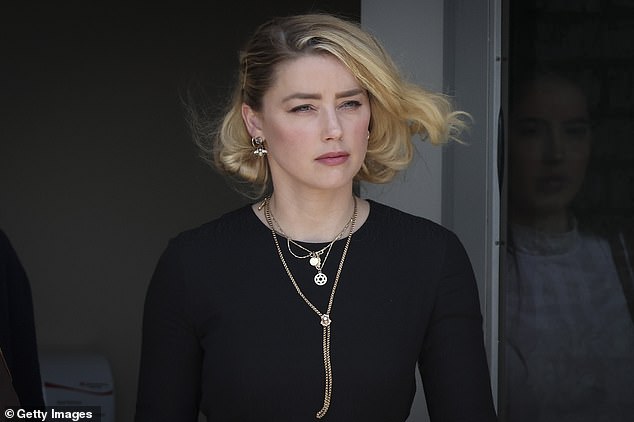 Blasted: However, on Monday’s Lorraine, she did not choose a side, instead calling out both of the actors and telling them to ‘move on’ (Amber pictured)

She said: ‘[Johnny] is a gentle soul. I can tell you last night, he spent about 45 minutes in his dressing room on his knees, talking to this little girl that was reading her diary to him.

‘Now, I don’t know many guys that would sit back and do that. There weren’t any cameras around there were no film crews. He did it because he’s a gentle soul.’

‘Sometimes, I suppose, he lost his rag, but as a human being he’s a good human being,’ she added.

Yet Sharon noted that the couple’s relationship was ‘toxic’, stating: ‘For me, I related to it so much and I know alcoholic behaviour inside out and backwards… but they were both abusive, both very, very abusive to each other. 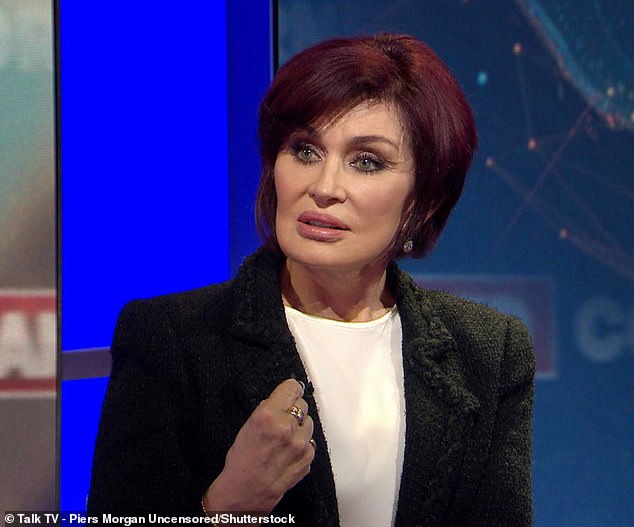 Pals: Sharon has shown her support for Johnny previously and described him as a ‘gentle soul’ after he won his high profile defamation case with ex-wife Amber

‘At any time she could have left. She wasn’t a little wall flower, she was a mover and shaker in town. I mean look who she went with right after him, so she wasn’t some innocent little wallflower.

‘She knows the game, she knows how it goes.’

Sharon added that Amber ‘wanted to destroy’ Johnny, stating: ‘Johnny’s got a huge price on his head, the world loves him. The world really did want him to win and he’s won and that’s it. She could have backed out somehow, she could have got to him, there could have been something to save it going on.

After the defamation trial, Johnny hopes to pick up the threads of his film career, and Sharon said she thinks it could be possible for the star to make a comeback.

‘I think that he’s going to get his career back, I really do,’ she said.

‘I think that all the great big filmmakers will want Johnny because when it comes down to it, it’s how strong an audience you have? Johnny Depp has a huge worldwide audience.’

But she said she doesn’t think Amber will be able to make a comeback in her own acting career, after a petition calling for DC Warner Bros to drop Amber from Aquaman 2 reached 4.2million signatures.

In a statement after Wednesday’s verdict, Johnny said: ‘Six years ago, my life, the life of my children, the lives of those closest to me, and also, the lives of the people who for many, many years have supported and believed in me were forever changed.

‘And six years later, the jury gave me my life back. I am truly humbled.’

Meanwhile, Amber, who was married to Johnny from 2015 until 2017, admitted she was ‘heartbroken’ as she spoke after the verdict. 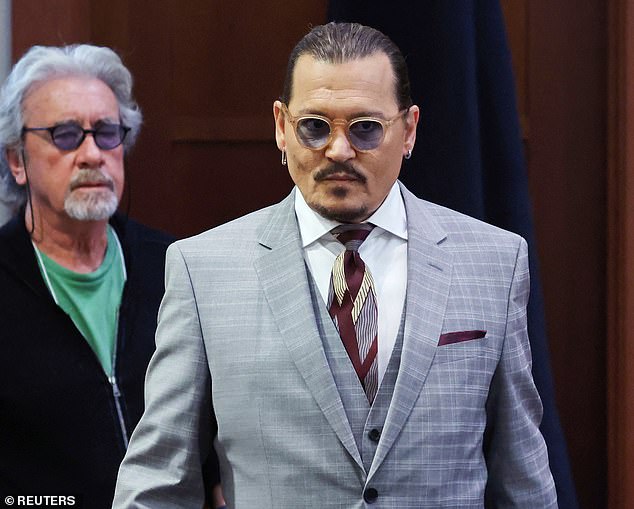 Career: After the defamation trial, Johnny hopes to pick up the threads of his film career, and Sharon said she thinks it could be possible for the star to make a comeback

She said in a statement: ‘It is a setback. It sets back the clock to a time when a woman who spoke up and spoke out could be publicly shamed and humiliated. It sets back the idea that violence against women is to be taken seriously.

‘I believe Johnny’s attorneys succeeded in getting the jury to overlook the key issue of Freedom of Speech and ignore evidence that was so conclusive that we won in the UK. I’m sad I lost this case.

‘But I am sadder still that I seem to have lost a right I thought I had as an American – to speak freely and openly.’

Johnny joined Jeff Beck at the Royal Albert Hall in west London on Monday and Tuesday night after surprising fans with an appearance at Sheffield City Hall on Sunday.

Sharon attended, and speaking of the night she said: ‘It was great because Jeff Beck is playing on Ozzy’s album, and it was just an amazing night it was incredible.’ 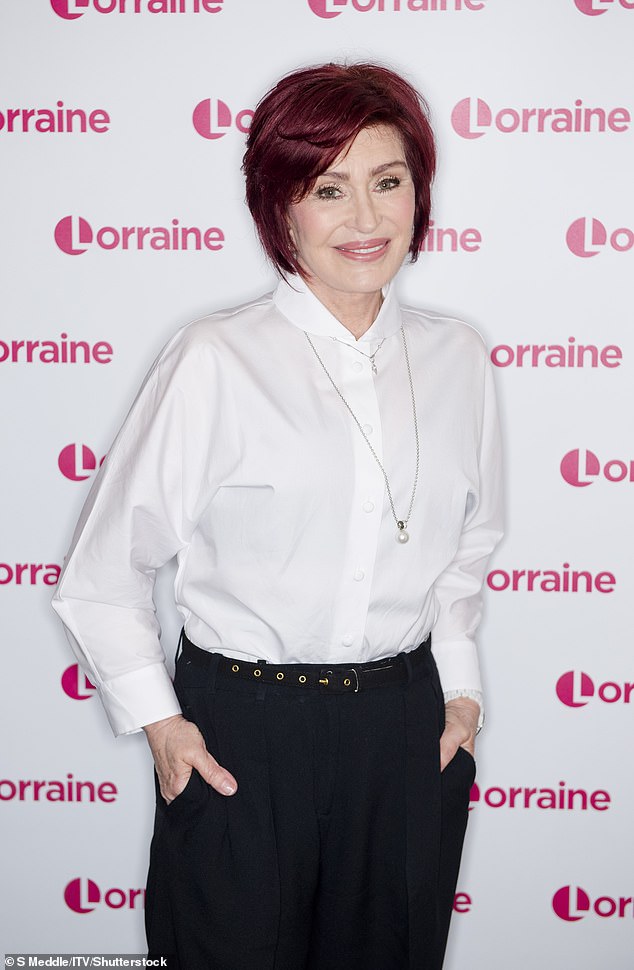 Speaking of the night Johnny performed, Sharon said: ‘It was great because Jeff Beck is playing on Ozzy’s album, and it was just an amazing night it was incredible’