John Lennon’s younger son Sean has grown to look nearly identical to how his dad. The musician even embraced some of his dad’s fashion sense, while he was on a date with his girlfriend!

The Beatles’ legacy lives one! Sean Lennon, 45, channelled his dad John Lennon‘s classic looks, while he was out in New York with his girlfriend Charlotte Kemp Muhl, 34, on Thursday September 30. The Into The Sun musician was the spitting image of the “Imagine” singer during the late 60s, with long hair and prominent thick-rimmed glasses. Even his turquoise suit and star-covered black undershirt were reminiscent of some of the fabulous suits that John wore throughout his career! 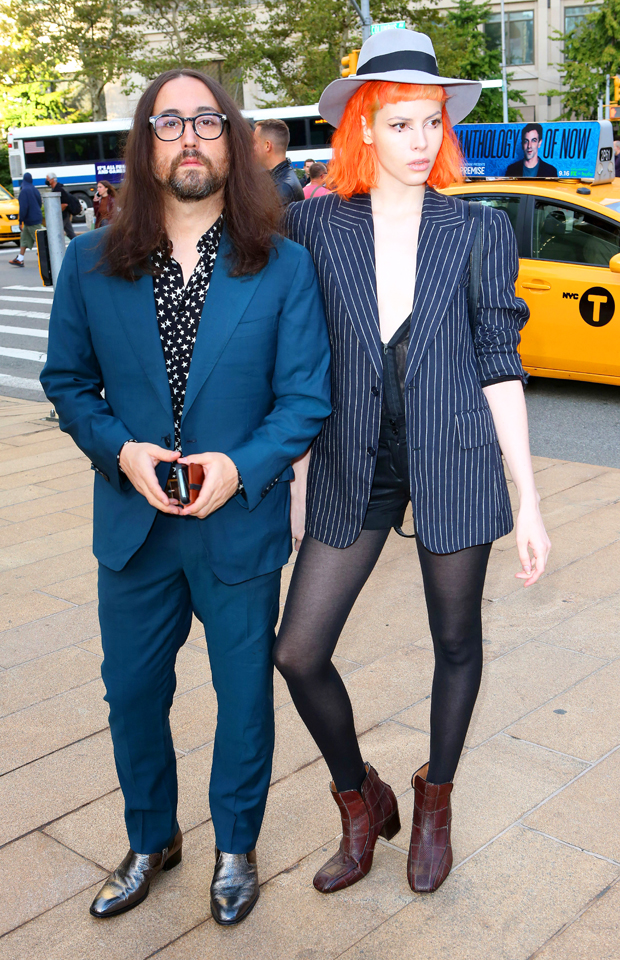 Sean’s girlfriend also looked incredibly stylish with her outfit, which seemed inspired by a classic Hollywood gangster look. Charlotte sported a pinstriped blazer over a tiny black leather playsuit, along with black tights and a pair of dark brown booties. She really tied the look together with a gray wide-rimmed fedora over her brightly-colored orange hair!

Sean was the Beatle’s second son after Julian Lennon, 58, who John had with his first wife Cynthia. Sean was the only child that John had with his second wife Yoko Ono, 88. John had even penned the touching tribute “Beautiful Boy” from his 1980 album Double Fantasy for Sean. The track from the singer’s final album even included John giving his boy a sweet message at the end. “Good night, Sean. See you in the morning, bright and early,” John whispers at the end of the song. 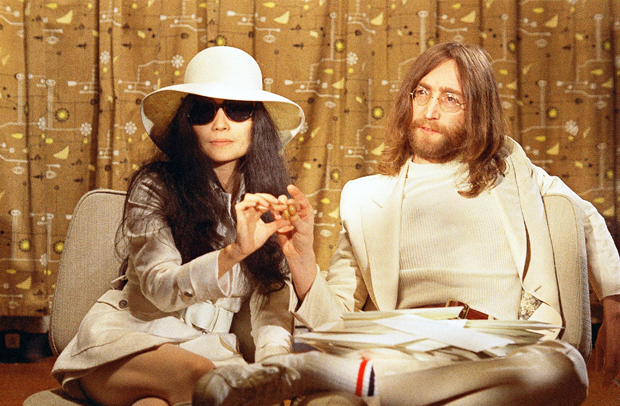 The “Working Class Hero” singer’s son has followed in his late father’s footsteps in more ways than just looks! Sean has had a successful music career in his own rite, releasing two solo albums and playing with a bunch of different bands, including his mom’s Plastic Ono Band. He’s also produced countless albums for other artists, including Lana Del Rey’s 2017 hit Lust for Life.

John was tragically murdered at age 40 on December 8, 1980 by Mark David Chapman, 66. Chapman shot the singer as he was going into his New York City apartment at The Dakota. Sean was only five when his father was killed. John’s older son Julian was 17. For the murder, Chapman received a 20 years to life sentence and has been in prison since he killed the Beatle. He was first made eligible for parole in 2000, but he’s been denied 11 times, most recently in August 2020. His next hearing will be in August 2022, via Rolling Stone.