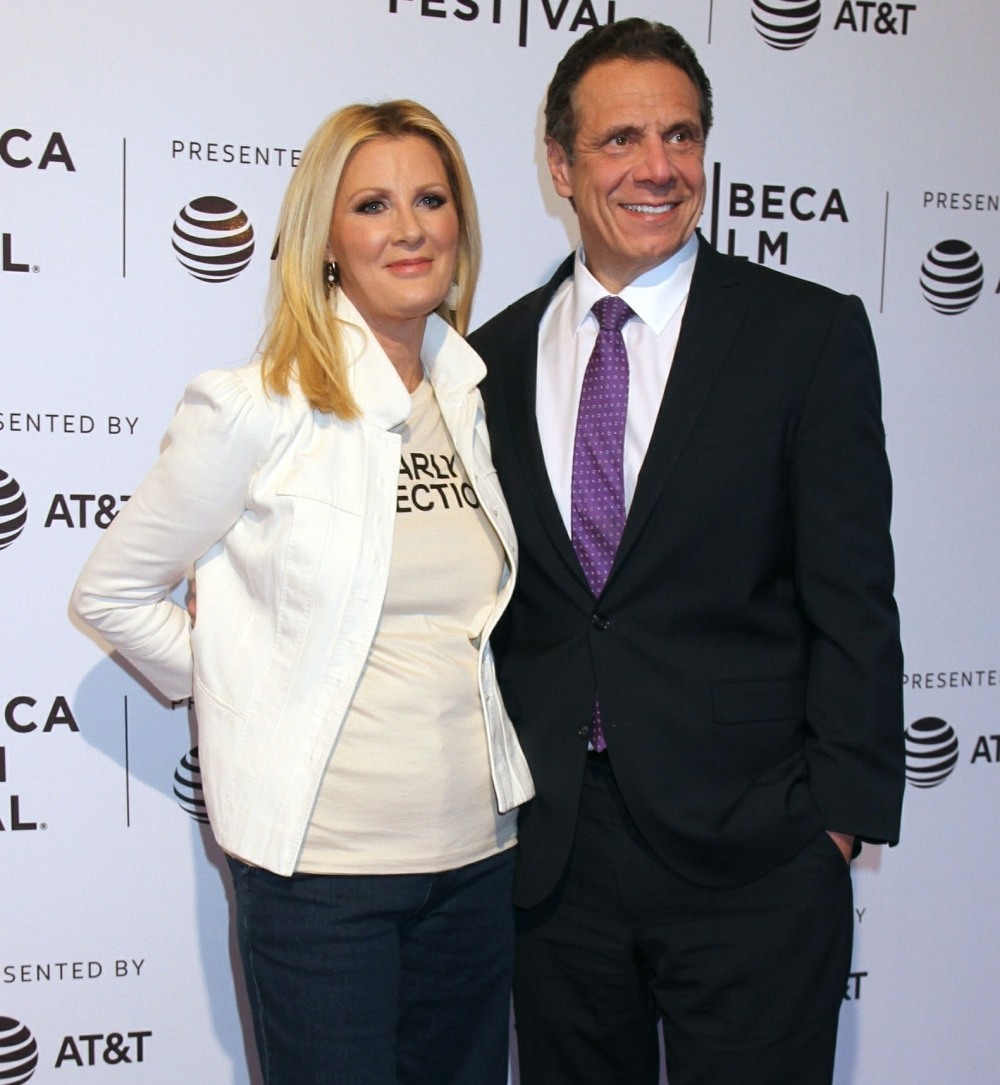 In May, there was a weird rumor about how New York Governor Andrew Cuomo and his girlfriend/partner Sandra Lee were quietly breaking up. The evidence for the break up was some real estate drama, wherein Sandra was selling the home that she and Gov. Cuomo had shared for years. Many are familiar with Sandra Lee: she used to have a cooking show, or should I say, a food preparation show. She was barely a cook and she was definitely not a chef, but she somehow built a cooking/lifestyle empire worth millions. While I dislike her as a food preparer, I like her as a person – she went through hell as a child and while she and Cuomo were together for 14 years, she never wanted to marry him or have children with him. She never wanted a man to have control over her money or anything else.

At the time of those May breakup stories, Sandra halfway denied it and sources claimed it was just a downsizing issue, especially with Cuomo’s three daughters growing up and there was a need for less space. Well… months later, it looks like it was true. They’ve broken up.

Gov. Andrew Cuomo and longtime partner Sandra Lee have called it quits — confirming a split The Post reported was coming months ago.

“Over the recent past, we have realized that our lives have gone in different directions and our romantic relationship has turned into a deep friendship,” the now-former couple said in a joint statement on Wednesday. “We will always be family and are fully supportive of each other and dedicated to the girls,” they added, referring to Cuomo’s three daughters from his marriage to Kerry Kennedy. “Our personal lives remain personal and there will be no further comment.”

A source added that Cuomo, 61, and Lee, a 53-year-old Food Network star, have told friends over the past several weeks that they were no longer together. The Post exclusively reported in May that Cuomo and Lee were living separately, but Cuomo insisted at the time that they were still an item.

I tweeted about this last night because I was curious about whether anyone would care. I care! And so did some other people (one person even claimed to care more about Sandra than Miley Cyrus!). It’s always been fascinating to me how New York state residents just completely accepted the unconventional (in politics) relationship between Gov. Cuomo and Sandra Lee. I guess the answer was that everybody just treated Sandra like the First Lady of New York anyway, even though they were unmarried. And now that they’ve broken up, I can only imagine that Sandra is counting her money and thanking God that she’ll never have to pay Cuomo any kind of alimony. But what about palimony? He wouldn’t, would he? No – aren’t the Cuomos very wealthy on their own?