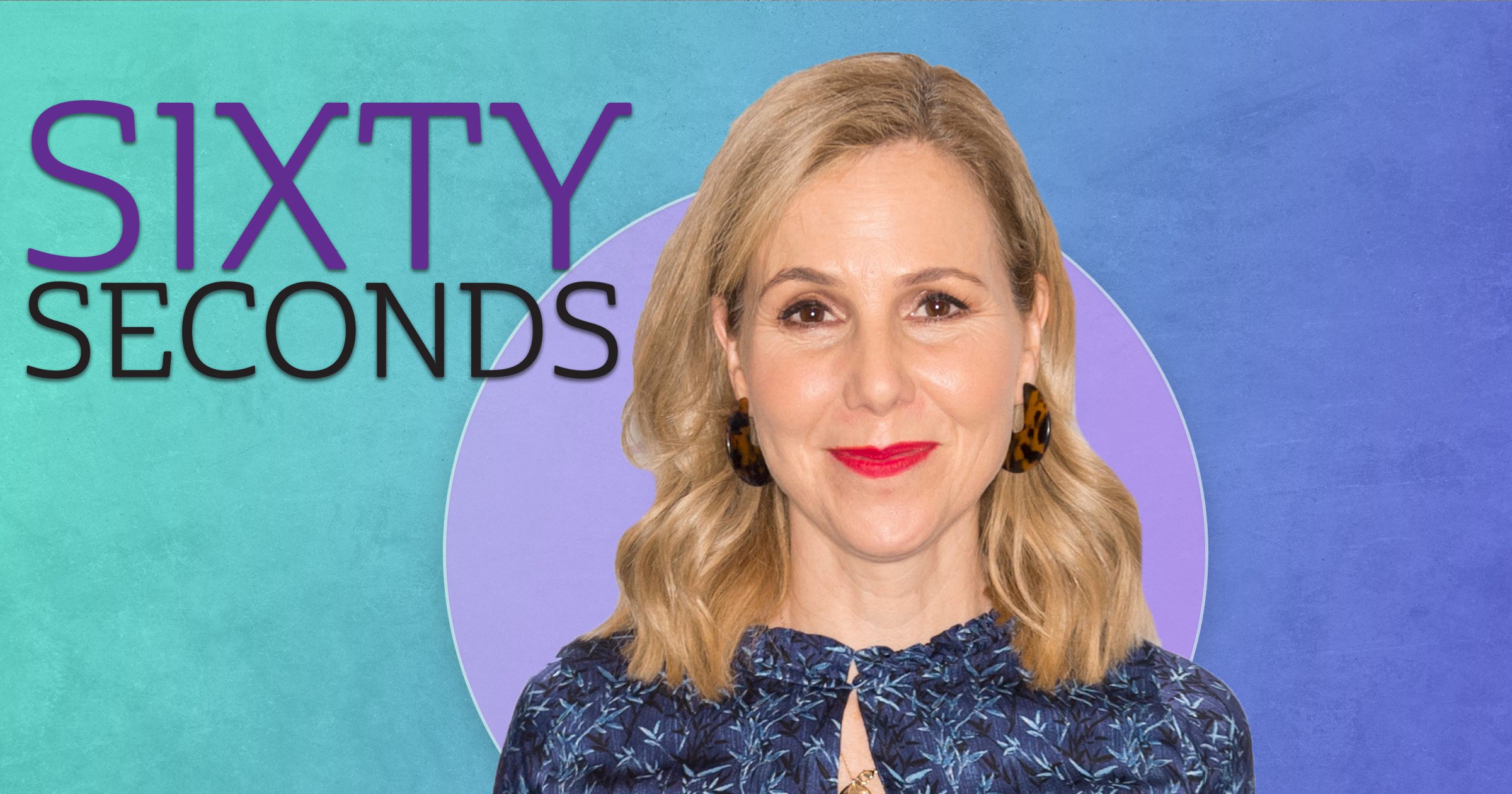 Comic actress Sally Phillips, 51, on Scientology, the secret to pleasing a woman and the race to make another Bridget Jones film.

I don’t think we do behave that badly! The film was inspired by the director’s true story.

She and a gang of friends went Interrailing when they were 18. The joke was that they never saw the lights at Palma because they got too drunk and missed the ferry.

They remained close friends throughout their lives, then one of them got breast cancer and died. So the friends took their friend’s daughter to Palma to see the lights as a way of remembering her mum.

For me, it is a film about love, laughter and loss, where female friendship conquers all. It’s basically a road trip on rails.

Did you know your co-star, the late Kelly Preston, was battling stage three breast cancer herself at the time?

No. And that is really common, making movies in the States, because there is all this worry about your health insurance.

If people know that you are ill then they become less likely to hire you so people try to keep it very secret, which means that they struggle with it on their own. Kelly was amazing.

She was always so full of larks and sunshine and making jokes, and seemed to have endless energy and just looked after everybody else, so much so that I am going to totally rethink my attitude to Scientology.

Not that I’m going to sign up, but you dismiss things as idiocy and she was the least idiotic person that I have ever met.

She didn’t seem to be someone who believed that lobsters came from space or whatever it is.

Did she try and convert you to Scientology?

Kelly was genuinely very normal and lovely and not mad and didn’t try and convert anyone.

I am a Christian and Jen [co-star Jenny Seagrove] is a reiki master so we did all bond about how we each held beliefs that made other people think that we were insane.

Did her husband John Travolta come to the set?

No, though Kelly flew back in his jet. She did talk about how painful all the gossip had been and I think she felt she couldn’t trust anyone with the truth. But they were clearly very in love, texting each other all the time.

She and I talked a lot about Jett, their son who had autism and who died. She talked about the pain of that and how she didn’t work for a long time after that. He was still very present for her.

Your character in the film says, ‘The menopause had 32 symptoms and I have 34’. How’s your own menopause going?

I improvised that line. I had researched the menopause for that scene to think of different improvisational angles of approaching it so it wasn’t just hot flushes.

And in researching the menopause I discovered that I was going through it! I was thinking that all that anxiety was all to do with divorcing my ex-husband and there’s not much I can do about that, but it turns out that it was the menopause.

You’re shooting a movie in Australia called How To Please A Woman. So how do you please a woman?

By cleaning her house and giving her orgasms. So sex and sweeping.

Will there be another Bridget Jones movie?

I have a track record of being 100% wrong about Bridget Jones.

But let’s just say that they need to get a move on because Renée is getting younger-looking and I am getting older-looking, so next time I will have to play her mum or aunt.

You turned 50 under lockdown. Was that rubbish, party-wise?

I didn’t have a swanky bash planned but I fancied the idea of going to a pottery with my mates, making jugs. And then, obviously, go to a bar.

You’re a positive advocate for Down’s syndrome. Are you glad you made that TV documentary with your son, Olly?

Yes, it felt like paying dues in a way, because something needs to be said. Olly thinks that he is the celebrity king of Down’s syndrome now.

When he meets other people with it, he says ‘Hi, I’m Olly, and how is Down’s syndrome for you?’

He’s in a mainstream sixth-form college now and I don’t know what is going to be next for him because he wants to be a footballer. He wants to play for Chelsea. Or be a singer. If those fail, he tells me he will become an actor.

Got any guilty online pleasures?

I buy a lot of embroidery sets, then don’t do them. It’s like I have an imaginary alter ego that’s a cross between Kirstie Allsopp and a Belgian weaver artist.

She is very introverted, with a middle European accent, and she brews her own raspberry beer and nettle cordial, she knows the names of all the wildflowers.

Really, I’m a suburban mum of three who doesn’t keep her diary very well and whose leisure time is ambling very slowly from the station back to her house, pretending that the train was delayed.

Off The Rails is in cinemas from Friday