As a Channel 7 host, best-selling author, lifestyle business owner, mother-of-two and breast cancer survivor, whenever anyone would commend Sally Obermeder on her many successes in life she would put it all down to "luck".

"I think it's a thing that women do, maybe it's also an Australian thing, because you don't want anyone to think you are up yourself," she told an intimate breakfast for the alumni of the InStyle and Audi Women of Style Awards this week. 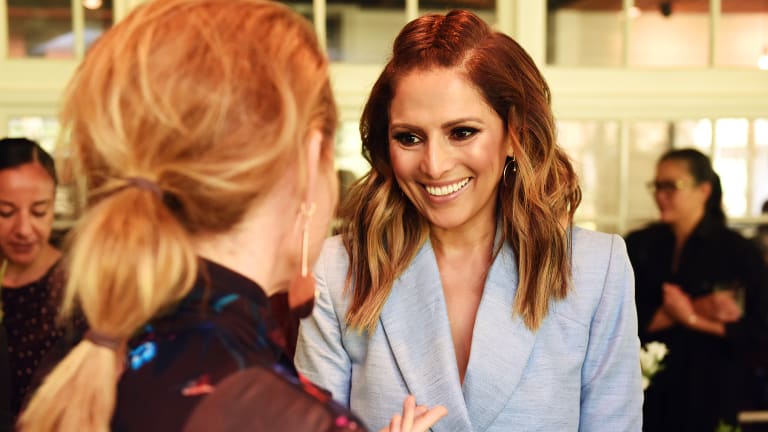 Sally Obermeder at a breakfast to celebrate the alumni of the InStyle and Audi Women of Style awards on Thursday.

But after a rousing speech by Layne Beachley at last year's awards show in which Obermeder said Beachley stood proud and tall and didn't apologise for her many successes, including seven world surf champion titles, it made the popular Daily Edition presenter reassess her self-talk.

"It was a real turning point for me. I thought no more will I say [my achievements] are nothing. I wasn't just doing myself a disservice, I was also doing other women a disservice," she said.

"[My achievements] are results of long hours and many sacrifices … These things don't magically happen, yes, there are moments of good fortune, but they are not luck, you never wake up and someone just hands you all of these things." 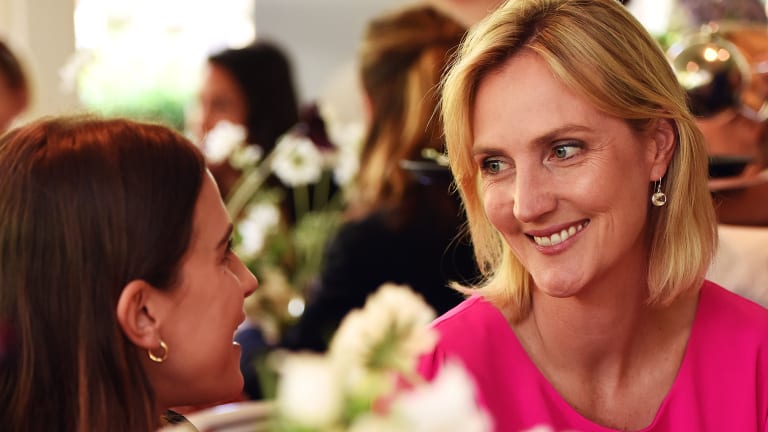 The breakfast at Chiswick was held ahead of this year's awards night on May 9 and attended by some of Australia's most successful and influential women, including chef Kylie Kwong, artist Del Kathryn Barton, Channel 7 host Melissa Doyle, OzHarvest founder Ronni Kahn, director Gill Armstrong, and MCA director Elizabeth Ann McGregor.

Although Sydney-born businesswoman Cassandra Kelly, a judge and former award winner, now lives and works in New York with her family, she made it her "priority" to attend the breakfast.

"Whilst there are movements that galvanise something disappointing or bad [like Time's Up or Me Too], it's equally super important to have the offset – moments to come together to celebrate women … the atmosphere here is palpable, this is something you make time for," she said. 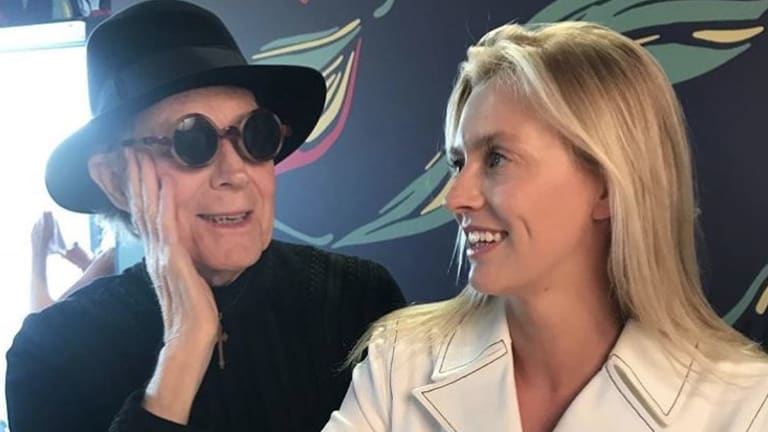 Gracie Otto with her father, Barry.

She said it's likely that Russia’s alleged use of Facebook to try to sway US politics will be discussed, but she added: "We are not there as an investigative team, we are not there to rehash what we already know.

"[It will] focus on the opportunities that technology can bring us to make the world more responsible, have greater harmony, to share in prosperity and recognise the hybrid threats that come with tech and foreign and social security policies," she said.

Also in attendance was Gracie Otto, who continues to shoot a film about her father, Barry Otto, an Australian entertainment icon, who has worked in the performing arts world for almost 50 years across stage and screen. 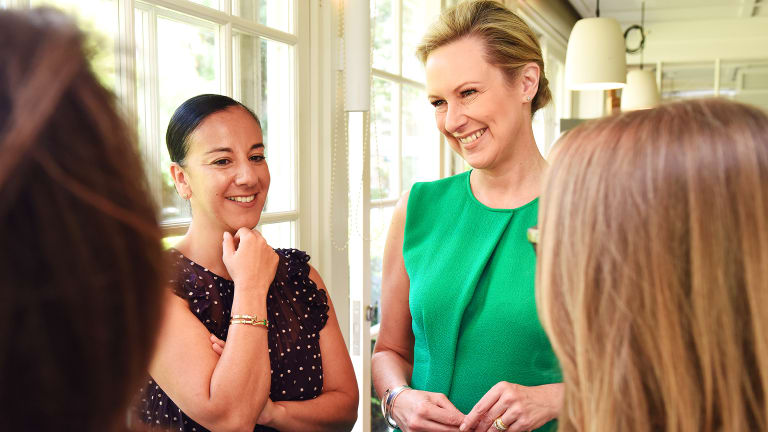 Mel Doyle networking at the breakfast.

"I met his sister Dawn for the first time [in January]. I have been shooting a bunch of stuff with him at Belvoir [St Theatre] and stuff around the house. It's been really fun because he's really entertaining," she said.

"Unless someone has died you don't really look through these old photos, or films or go over old works. It's great we can talk about it together."

Next on her to-do list is to get in touch with long-time family friend, Mad Max director George Miller, for some of his old home movies that features the Ottos. 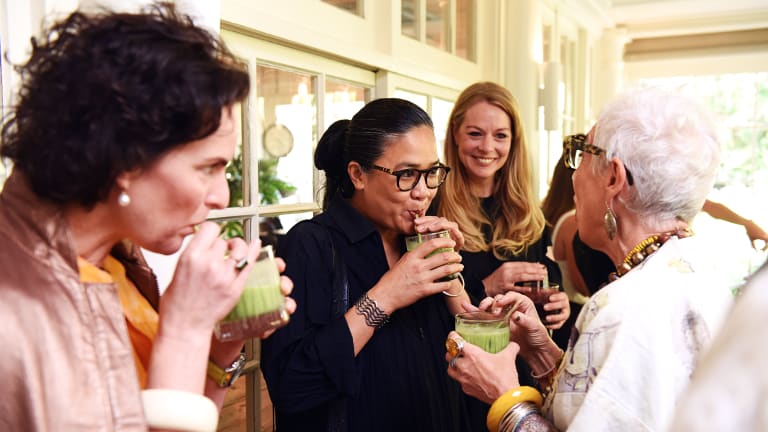 Kylie Kwong and Ronni Kahn at the breakfast.

"I was just saying just now to Gill Armstrong [director of Little Women, Oscar and Lucinda and Charlotte Gray], I grew up with her daughter, Billie, and we are finding photos of her and Gussie, George Miller's daughter, from when we were little kids.

"George is there with his big camera documenting it all. He has the best archive and I need it.

"If you are reading this now, I need your archive George," she laughed.

Otto, who made her directorial debut in 2013 with The Last Impresario, said she has been granted "some funding" from Screen Australia and the next step is to make a colour trailer so they can start showing it off.

"We hope it'll be ready by next year," she said.