His side of the story. Ronnie Ortiz-Magro spoke out following his split with girlfriend Jen Harley after they shared their relationship issues on social media over the weekend.

“I want to apologize to my family, friends and fans. This is a private matter that should have never been made public. I remain focused on my daughter and she is my number one priority,” the Jersey Shore star, who welcomed daughter Ariana Sky with Harley earlier this month, said in a statement to Us Weekly on Monday, April 30. 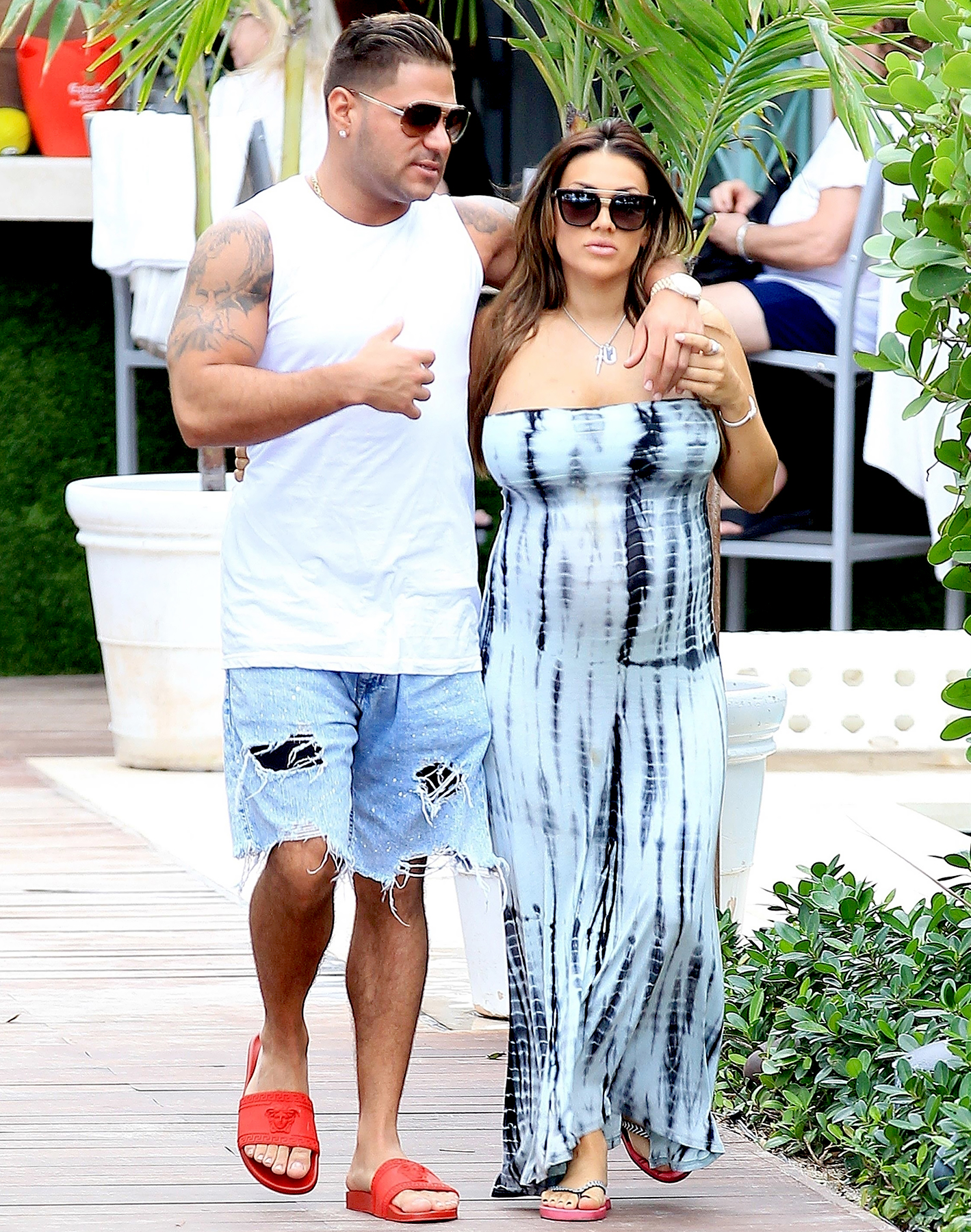 “Ronnie asked Jen to move out today,” a source told Us exclusively on Monday. “That’s what sparked the big fight on Instagram. Ronnie has put all of Jen’s stuff in boxes. It’s all settled down now and Jen has moved out.”

The public drama between Magro, 32, and Harley began on Sunday, April 29, after the pair traded insults on their Instagram Stories and then seemingly got into a physical altercation on Instagram Live and accused each other of cheating.

“Note to self, can’t turn a natural born HOE, into a HOUSEWIFE, if you find them in the gutter then leave them in the gutter,” the MTV personality wrote on his since-deleted Instagram Story. “Not all people can be saved when they are so far gone. All you can say you did ur best and keep it moving.”

Harley took to her Instagram Story to fire back. “Can’t turn a coke head into a father! Yeahhh buddy,” she wrote in a since-deleted post.

An insider told Us Weekly on Monday that the duo ended their relationship and Magro is “telling his friends that he’s single.”

He was seen cozying up to another woman in the most recent episode of the Jersey Shore reboot and a source close to the couple told Us Weekly that Harley kicked Magro out of his house “two weeks ago.”

“She saw how bad the cheating was while watching the show Thursday night. Ronnie told her something was going down on the show, but not specifics or how bad it was – and it was bad,” the source close explained. “She kicked him out of his house two weeks ago. They’ve been so rocky for so long – even before he went to film the show.”