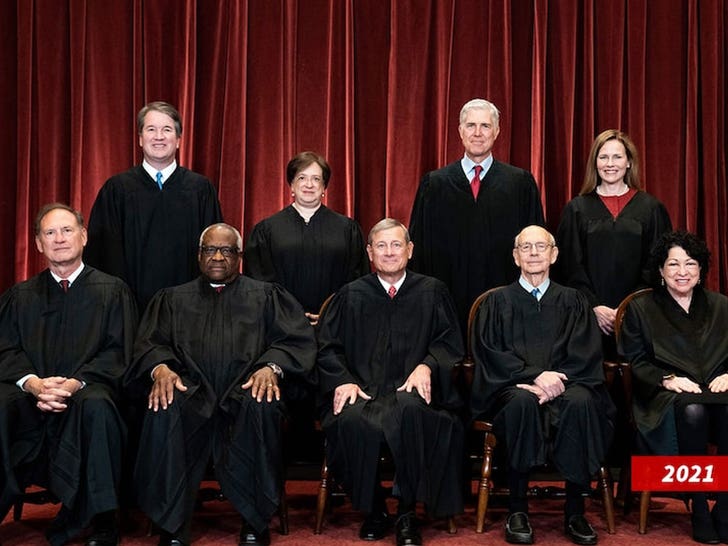 Justice Samuel Alito — the conservative justice who has sat on the Court since 2006 — wrote the opinion and didn’t mince words, writing, “We hold that Roe and Casey must be overruled. The Constitution makes no reference to abortion, and no such right is implicitly protected by any Constitutional provision … It is time to heed the Constitution and return the issue of abortion to the people’s elected representatives.”

Alito added, “Roe was egregiously wrong from the start.”

Put simply, a majority of the justices ruled there was no right under the U.S. Constitution for a woman to have an abortion … so a Mississippi law that banned most abortions after the 15th week of pregnancy was not unconstitutional.

The three liberal justices — Breyer, Kagan and Sotomayor — wrote a joint dissent, harshly criticizing the majority’s reasoning and lamenting the public-health risks of overturning Roe for women across the country. The dissenters note the majority made no exceptions for rape, incest, the health of the mother or physical abnormalities of the fetus.

The reversal doesn’t mean that abortion automatically becomes illegal in the country … the issue will now be left to the states, but 13 states have trigger laws that outlaw abortions as soon as the Court overturned Roe. Nine other states have laws on the books that, if enforced, will severely restrict or outlaw the right to an abortion.

Many other states are expected to severely restrict abortion rights in response to the ruling. Abortion has been a hot-button issue for decades … and it’s very likely this decision will only stoke the flames.

The leaked draft opinion caused a huge stir at the time. It was an enormous breach of protocol for the nation’s highest court and prompted an immediate investigation to determine the source of the leak. Chief Justice Roberts called it “absolutely appalling” but vowed that the leak would have no effect on the justices’ decision process. The results of that investigation have not been released.

The Court issued the ruling along with a host of other opinions in advance of its summer recess … but it’s clear that everyone is focused on Roe.