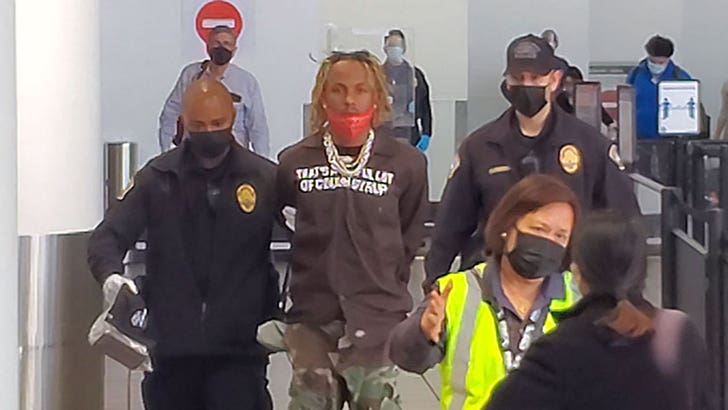 6:33 PM PT — Rich has been released from custody after being booked for carrying a loaded firearm in public … law enforcement sources tell TMZ.

Rich the Kid‘s been arrested for possession of a concealed weapon at LAX … law enforcement sources tell TMZ.

We’re told the rapper was going through security at the airport Monday afternoon when a loaded firearm was discovered in his carry-on luggage. He was busted shortly after 1 PM PT, but it’s unclear if cops have processed him yet.

The LAX arrest comes on the heels of a pretty rough 2020 that saw Rich get sued a few times — by a management company, a jewelry store, and Fashion Nova.

The year before wasn’t much better … when he was the apparent target of a shooting attack at a West Hollywood studio — and in 2018, he was badly injured in a home invasion.

The calendar change isn’t helping Rich much … not yet, anyway.