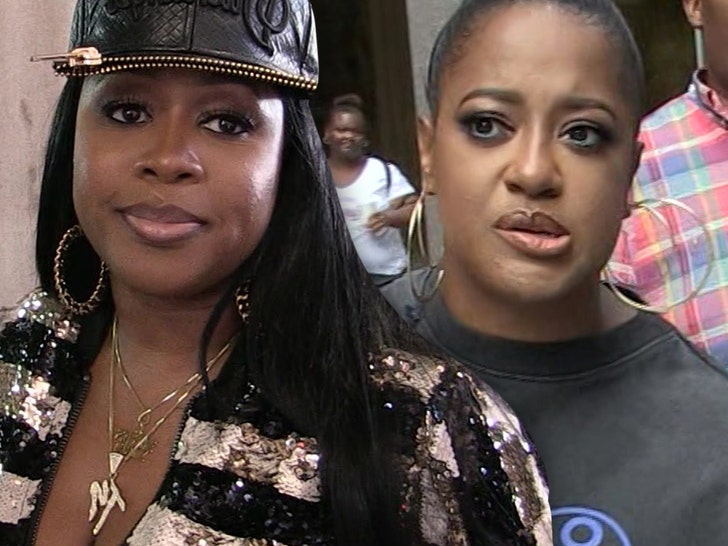 DJ Premier dropped his “Hip Hop 50 Vol. 1” compilation packed with a handful of his favorite rappers on Friday … setting the stage for Remy Ma to lay waste to basically all her peers!

Mrs. Terror Squadian opened her “Remy Rap” collaboration with Rapsody with both guns a-blazin’ … while proclaiming there are only “5 dope female rappers” out.

She also ripped the bulk of female rap artists for hiding behind social media-driven sex appeal for spins.

Rapsody also added testosterone to the track, comparing her rap skills to holding the weight of the world in her pants while giving out gag reflexes.

Assuming Remy counts herself and Rapsody … that would only leave 3 remaining spots on the dope list. Who else could she mean?! 🔍🤔

Remy, being the versatile and veteran battle rapper she is, recently specified how she thinks rappers who just recite their lyrics are closer to karaoke stars or comedians than actual MCs. Damn!

Premo’s ‘Hip Hop 50‘ also features contributions from Lil Wayne, Nas, Joey Bada$$, Killer Mike and El-P waving the Run The Jewels flag … but it seems to be Remy’s world and they’re just living in it.