Forget the plays in the field made by Alex Bregman and Xander Bogaerts … the best catch during Wednesday’s ALCS game happened in the stands — when a Red Sox fan caught a splintered bat with one hand!!

The wild play all went down in the 2nd inning of the Sox’s Game 5 tilt with the Astros … when Rafael Devers broke his bat trying to hit a pitch off Houston starter Framber Valdez.

In footage of the play, you can see part of the bat went flying into the crowd — a very scary sight, considering the piece of lumber had a sharp and jagged edge on it.

But, 41-year-old Matt Ferrera stuck out his hand and managed to catch it regardless … saving everyone around him and avoiding injury himself.

Ferrera — who appeared to be allowed to keep the bat by Fenway Park officials — told Yahoo Sports’ Hannah Keyser after the play his life did not flash before his eyes. 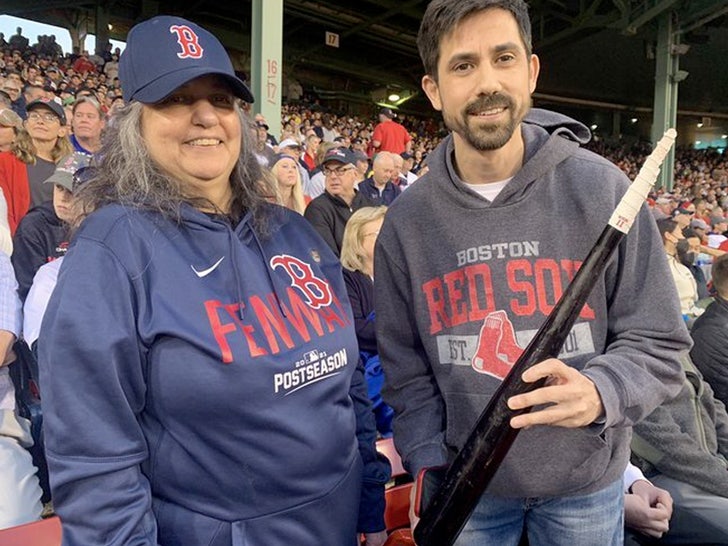