L.A. Rams cornerback Marcus Peters got so pissed off at a heckler in the crowd during Sunday night’s game against the Eagles … he went into the stands and cussed the guy out.

It’s crazy … and TMZ Sports has new footage of the incident showing the moment Rams staff and a player pull Peters out of the stands.

Peters was on the sideline while Philadelphia was beating the Rams, when Peters heard someone in the stands talking trash … so he talked back. 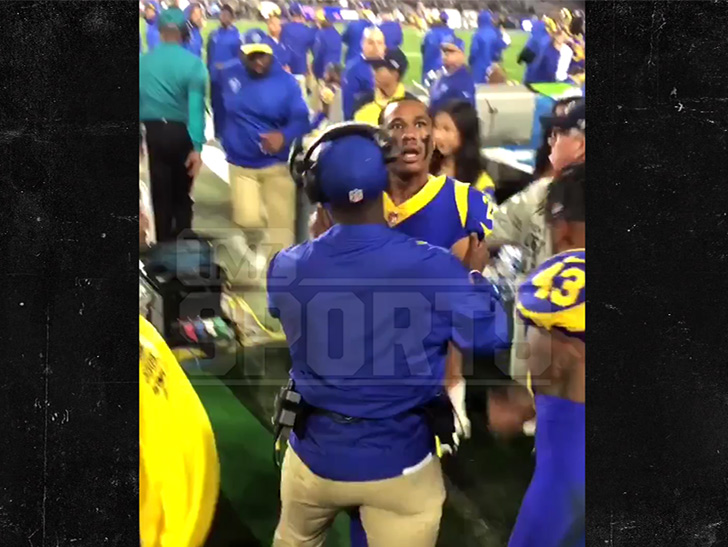 At one point, security and even a Rams player went into the stands and pulled Peters back to the bench.

Video of the incident has gone viral — but the person who shot it now tells TMZ Sports he doesn’t want the footage online because he’s a big Peters’ fan and doesn’t want it to reflect negatively on one of his favorite players.

Of course, there have been a TON of pro athletes confronting hecklers lately — including Leonard Fournette, Montrezl Harrell, Kevin Durant and Patrick Beverley.

Luckily, this time … the fan shut up pretty quick when Marcus approached him … smart move.