Prince Louis’s official birth certificate was released today! The certificate, which was signed by Prince William, formally registered the birth of the royal. In addition to stating his full name, His Royal Highness Prince Louis Arthur Charles of Cambridge, it also lists Kate Middleton as “Catherine Elizabeth,” with the occupation of “Princess of the United Kingdom.”

Prince Louis, who is fifth in line to the throne behind his big sister Princess Charlotte, was born on April 23, weighing 8 lb. 7 oz. Shortly after his birth, Kate and Will gave the world a glimpse of their newborn as Louis made his official debut outside the Lindo Wing of St Mary’s Hospital. We certainly can’t wait to see more of the royal baby soon! 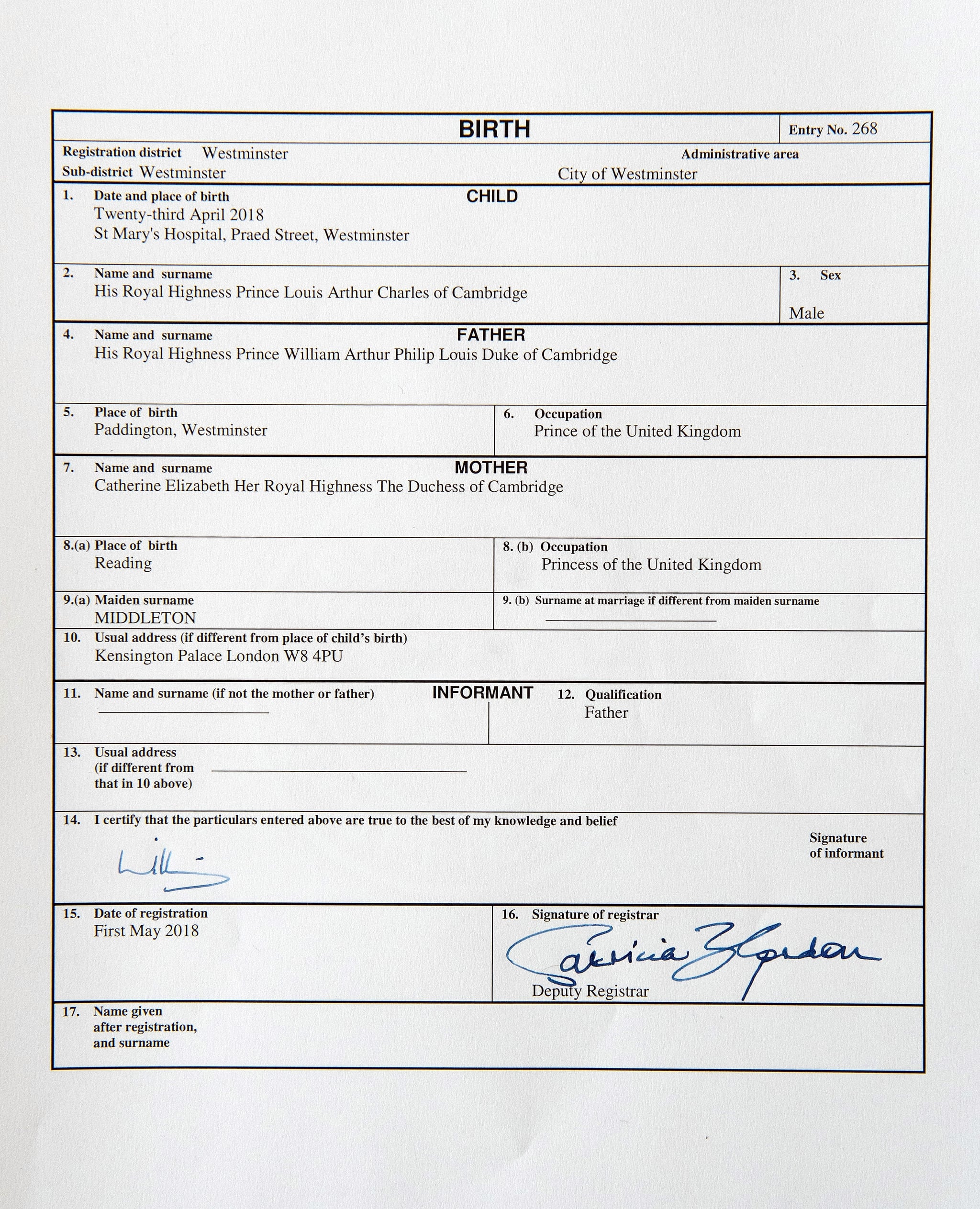