“Author” is the newest bullet point on Prince Harry’s ever-changing resume. After Harry and his wife Meghan Markle officially stepped down as working royals in 2020, they were faced with the age-old question of what to do with all their newfound free time. As a couple, they started a podcast and signed a lucrative deal with Netflix. Harry also took on a role as Chief Impact Officer at a health startup, BetterUp, per Wall Street Journal.

We love to see Harry spreading his wings, but his most recent career move is raising some eyebrows. In July, Harry announced that he plans to publish a memoir with Penguin Random House in 2022. “I’m writing this not as the prince I was born, but as the man I have become,” his statement read, per People. “I’ve worn many hats over the years, both literally and figuratively, and my hope is that in telling my story — the highs and lows, the mistakes, the lessons learned — I can help show that no matter where we come from, we have more in common than we think.” Harry added that the memoir would be “accurate and wholly truthful.”

Royals rarely speak candidly about their personal lives– usually, we just have to refer to “The Crown” for any insight — so the news that Harry plans to write a tell-all should be exciting, right? It turns out some aren’t so keen on the idea, as you might have guessed.

Read on for more details. 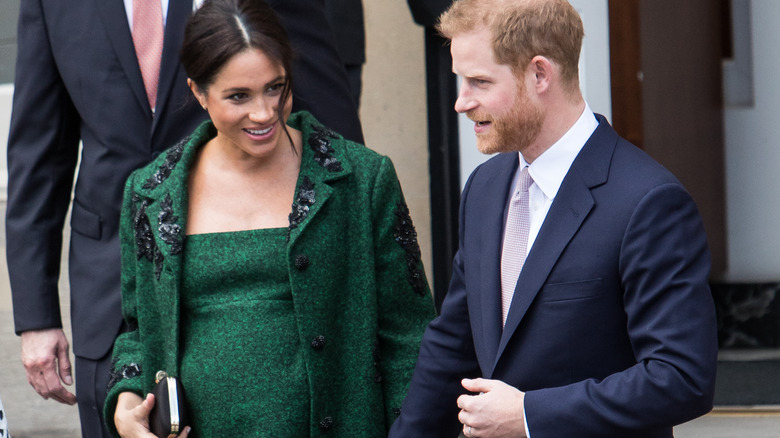 Some might be eagerly awaiting the publication of Prince Harry’s upcoming memoir, but others wish he’d scrap the whole idea altogether. When People shared the news about the prince’s blossoming career as a writer, royal stans took to Twitter and were quick to express their outrage. “I wish he’d stop,” wrote one disgruntled commentator. “The message is clear already, but this may make it impossible to ever be truly unified with his family again. He’s got kids. And maybe this is what he wants, who knows, but it’s very sad. I like all of them.”

For the most part, Twitter critics seemed to be divided on the idea that Harry may do more damage to his already fractured family. “Who else thinks this is a terrible idea? Pretty much will be the nail in the coffin for him and his family. Sad,” wrote another skeptic. “Most people don’t need to characterize their memoirs as accurate and wholly truthful, unless they already have a history of lying,” wrote a third. Others took the opportunity to take jabs at Meghan Markle. “I bet…. The truth according to Meghan,” one user tweeted sarcastically.

Despite the criticisms, some commentators are definitely excited about getting an inside look at royal life. As for Harry, he’s already had plenty of experience with public disapproval, so we’re hoping the less kind critics roll off his back.