Prince Harry and Meghan Markle are celebrating their first Christmas in California, and have reportedly been seen shopping for their decorations.

Prince Harry stepped back from his royal duties almost one year ago, and is reportedly already being mistaken for a common man. The British monarch was shopping for a Christmas tree with wife Meghan Markle when a young boy approached him thinking he was a salesman, per the Daily Mail. The mixup is believed to have occurred on December 1 when the couple visited a local pop-up retailer, in search of the perfect tree for their Montecito mansion. The pair will celebrate the holiday season Stateside for the first time, having stepped down as senior royals in early 2020.

Tree salesman James Almaguer said the couple would have gone unnoticed during their shopping trip, was it not for a child walking up to Harry in search of some assistance. “Meghan and Prince Harry came into my work today and we sold them their Christmas Tree,” he tweeted. “It was anticlimactic, but a very, very interesting experience.” He claimed the royals had attempted to have the lot cleared ahead of their arrival, but another family was still inside. 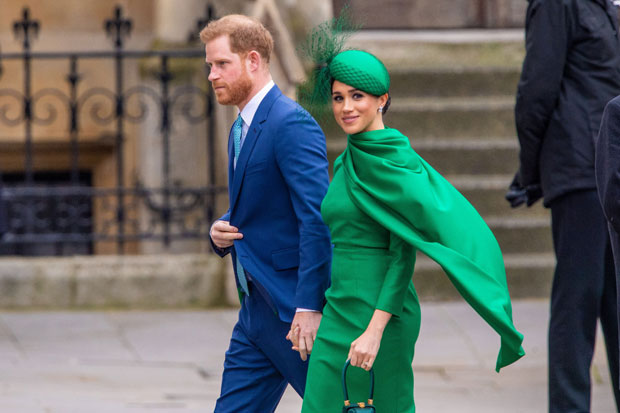 “We had our lot empty when they got there — their agent promoted them a good time to come instead of us shutting it down. There was one family in there and their stoked little son ran through trees up to Harry and asked if he worked here not knowing who that is,” he continued. “They seem like very nice people honestly,’ he said. ‘Meghan sounds very kind and Harry sounded and acted like a chill lad honestly. I’m really glad they liked our trees. We got the best we could get. Very appreciative.”

Meghan and Harry were reportedly at Big Wave Dave’s Christmas Trees & Pumpkin Patch, which was set up in tents in a Macy’s parking lot, about eight miles from their  $14.7 million mansion. The couple, who recently moved to California with their one-year-old son Archie, may have stepped away from royal duties but very much remain in the public eye.