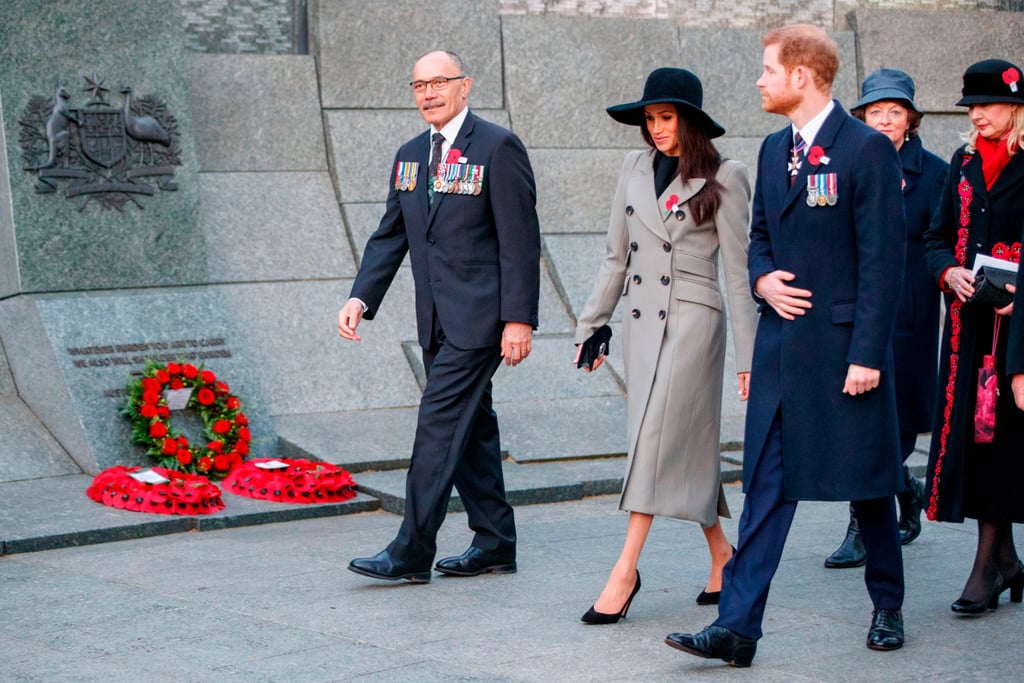 On Wednesday, Prince Harry and Meghan Markle represented the royal family on Anzac Day, which honors the members of the Australian and New Zealand Army Corps who served and died in all wars, conflicts, and peacekeeping operations. In the early morning, the royal couple visited Hyde Park Corner in London, where they attended the Dawn Service, and Prince Harry was seen laying a wreath at Wellington Arch. Later, they were joined by Prince William for a Service of Commemoration and Thanksgiving at Westminster Abbey.

This week will have been quite emotional for Harry and Meghan, who are set to be married in less than a month. On Monday, while the Duke and Duchess of Cambridge were busy welcoming their third child into the world, they made an appearance in London to celebrate the life and legacy of Stephen Lawrence, a teenager who was killed in a racially motivated attack in Eltham, London, in 1993.