Prince Harry may be living thousands of miles away in California with his wife Meghan Markle and their two children, Archie and Lilibet, but the current events in Afghanistan are hitting where it hurts the most: the heart. The Duke of Sussex, who was deployed to Afghanistan back in 2012, was the first British royal in more than two decades to serve in a war zone, according to the BBC. Despite initially wanting to serve in Iraq, it was determined to be an “unacceptable risk,” due to his royal status. In 2015, when Prince Harry left the army, he said that moving on was a “really tough decision,” per CNN, but that he considers himself “incredibly lucky to have had the chance to do some very challenging jobs and have met many fantastic people in the process.”

It’s no wonder that after hearing that Taliban forces had entered Afghanistan’s capital of Kabul, with President Ashraf Ghani fleeing almost immediately, Harry wanted to say something. As a patron of the Invictus Games, which supports the international community of the injured and wounded veterans, Harry was quick to issue a statement as all eyes from around the world continue to watch the Taliban takeover in the country, which has led to both fear and chaos as thousands of people are trying to leave.

Keep scrolling below to find out what Harry has to say about it.

Prince Harry encouraged people to support each other 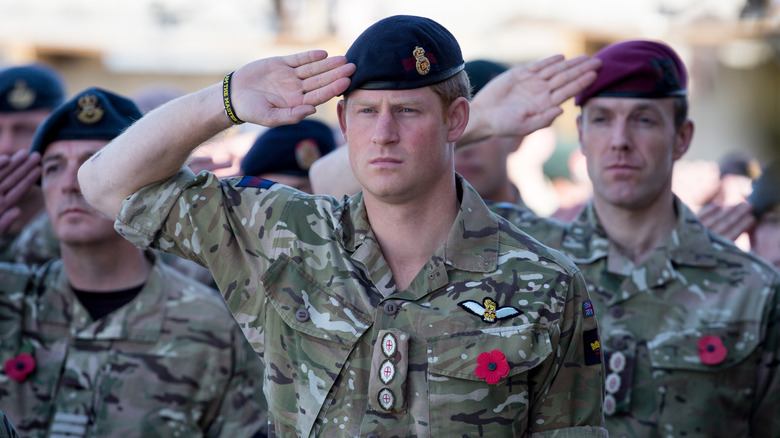 Prince Harry’s ties to Afghanistan are personal, as he was based in Camp Bastion and conducted an operational tour as an Apache pilot during his ten-year career in the British military, per the BBC. In a statement issued on Twitter, Harry, Invictus’ chair Lord Allen Kensington CBE, and chief executive Dominic Reid OBE made it clear how the events in Afghanistan are impacting the international Invictus community, especially when it comes to their emotional ties behind it. “Many of the participating nations and competitors in the Invictus Games family are bound by a shared experience of serving in Afghanistan over the past two decades,” the statement read, in part, “and for several years, we have competed alongside Invictus Games Team Afghanistan.”

The statement went on to “encourage everybody across the Invictus network — and the wider military community — to reach out to each other and offer support for one another.” Even though the Duke of Sussex was stripped from his military honors following his and Meghan’s decision to step down as full-time working royals, per Newsweek, that hasn’t stopped him from proving to his military community that he’s still very much a part of it.

The bonds of friendship between France and the UK, US and Australia have been “tarnished” by the AUKUS pact, and it is now “more difficult…