Showing his support! Pete Davidson stayed close to fiancée Ariana Grande during a recent date night and as she performed at an event in Brooklyn.

The 25-year-old pop star performed at the Amazon Music Unboxing Prime Day Event at Duggal Greenhouse on Wednesday, July 11. While Davidson was not among the crowd, a source assured Us Weekly that he was backstage with Grande and the pair left together.

The singer performed a set of her biggest hits including “Love Me Harder,” “Dangerous Woman,” “No Tears Left to Cry,” “Be Alright,” “Into You,” “Side to Side” and “Bang, Bang.” Grande rapped Nicki Minaj’s verses during the latter two songs. “Oh, my God, there’s like 20 people in here,” the Scream Queens alum told the crowd. “I think I know you all. I literally think I follow you all on Twitter.” 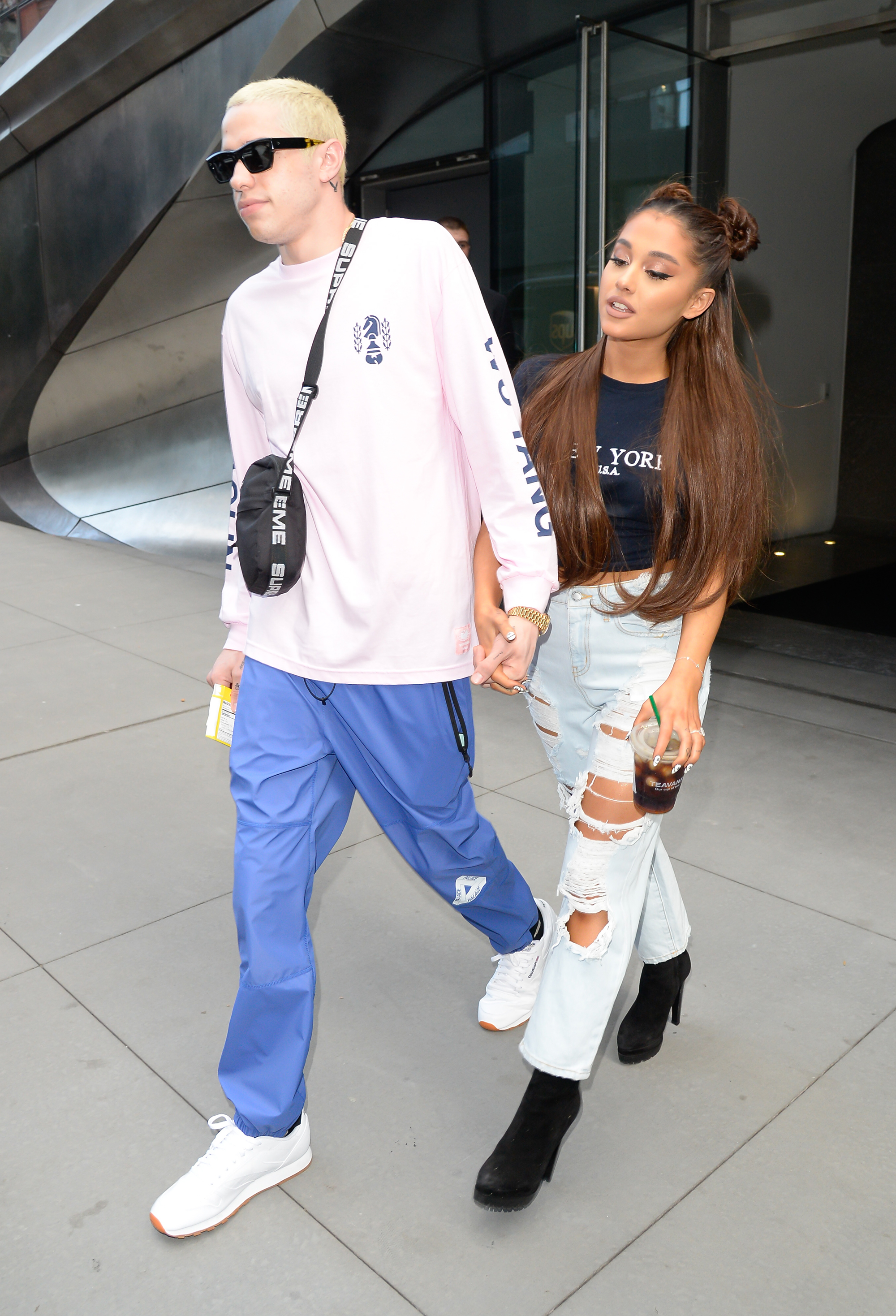 Grande shared a photo of herself and her beau holding hands as they exited the event on her Instagram Story on Thursday, July 12. “Always,” she captioned the shot, tagging Davidson.

The Saturday Night Live star, 24, posted a goofy pic with his fiancée after the show, too. He captioned the Instagram with a black heart emoji and the couple’s signature cloud emoji.

The previous night, the duo had an intimate date night, during which they appeared to be thoroughly enjoying each other’s company. “Pete and Ariana had dinner at Ludlow House,” a source tells Us exclusively. “They were at a table with two other male friends and were laughing a lot. Ariana put her head on Pete’s shoulder a lot.”

The songstress showed off a sweet childhood yearbook photo of the comedian on her Instagram Story on Wednesday. “Mood for life @petedavidson,” she wrote. “Kind of crying….. kind of killing it n keeping a positive outlook. This is the best photo on earth.”

Us exclusively reported on June 11 that Davidson and Grande are engaged after only a few weeks of dating. “They are a perfect fit. They are not rushing to get married,” an insider told Us at the time. “Their friends are really excited and supportive.”