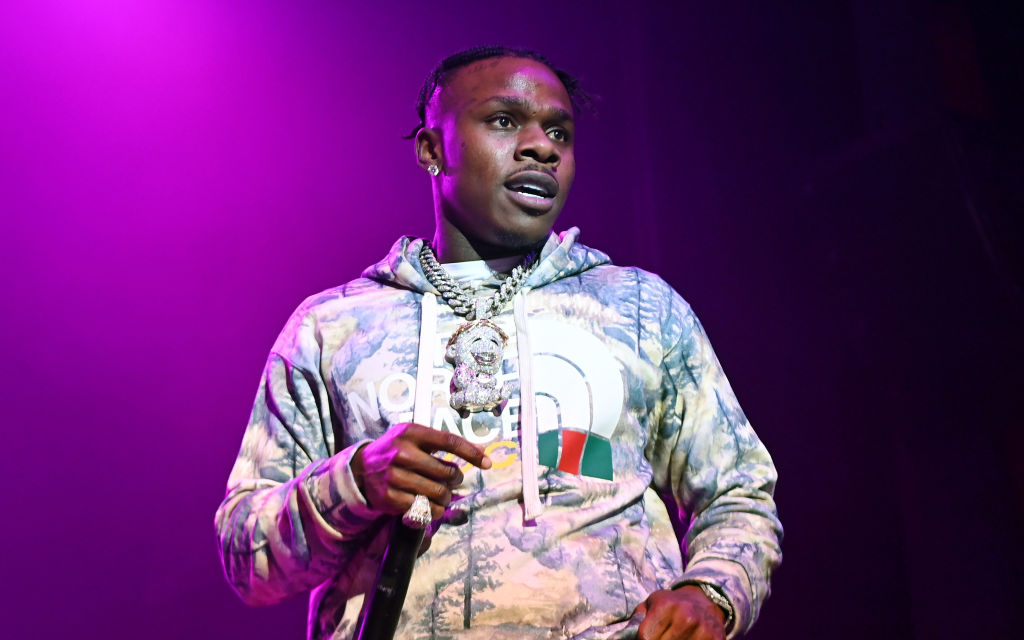 A person has been shot and wounded outside the home of rapper DaBaby in North Carolina, police have confirmed.

In a statement released on Thursday, the authorities explained that the shooting occurred the previous evening, when DaBaby – whose real name is ​​Jonathan Lyndale Kirk – was at home with at least one other person.

The individual who was shot, who has not yet been identified, is not said to have life-threatening injuries, Troutman Police Chief Josh Watson told The Associated Press.

It’s currently unclear whether DaBaby was involved in the incident or injured in any way, with an investigation currently ongoing into the shooting.

While the musician’s representatives did not respond to a request for comment regarding the initial report, the 30-year-old has referenced what happened on his own Instagram Story.

He shared a screenshot of a news report about the shooting, while not going into any further detail about whether he was personally involved.

A couple of hours later, he shared a video of himself collecting takeaway food at a drive-thru.

In January last year, DaBaby was arrested after a loaded gun was found in his possession.

At the time, the Beverly Hills Police department said that he was released on a $35,000 (£25,000) bond before a scheduled appearance at the Airport Courthouse.

The previous year, it was reported that he had been ‘arrested for battery’ in connection to a robbery in Florida, with the rapper said to have been detained by police for questioning.

In 2019, he pleaded guilty to a misdemeanor charge of carrying a concealed weapon after a fatal shooting at a Walmart in Huntersville, North Carolina. He was not charged in the shooting.

DaBaby has been nominated for several Grammy Awards throughout his career, including for record of the year in 2021 for Rockstar.

The previous year, he was featured on Dua Lipa’s song Levitating from her second studio album Future Nostalgia.

After working with DaBaby, Dua said she was ‘surprised and horrified’ after hearing about comments he made that were lambasted as ‘homophobic’.