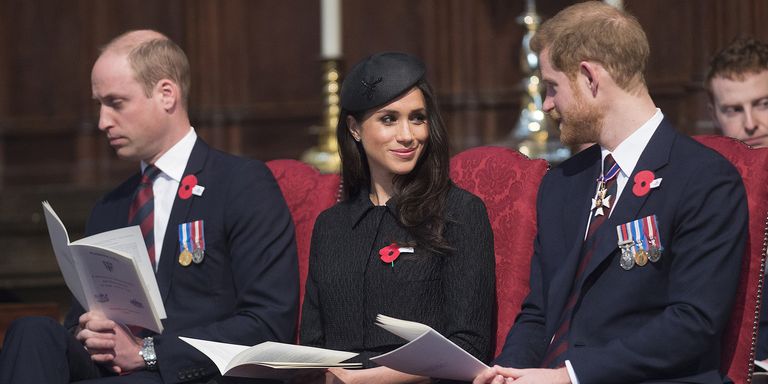 Prince William joined Prince Harry and Meghan Markle at the Anzac memorial services at Westminster Abbey today, just two days after welcoming a new baby with Kate Middleton. However, like all parents post-delivery, the Duke of Cambridge looked a bit tired after his first few days with the new addition.

A video from the ceremony appeared to show the father-of-three having trouble keeping his eyes open during the service. In the full footage from the event, he was seen fidgeting and blinking frequently, and putting his head down for brief moments at a time.

Poor guy. We don’t blame him for wanting to catch some Z’s. Welcoming a third child to the family must be tough.

Some royal fans sympathized with the sleepy prince.

The Duke and Duchess of Cambridge also got to St. Mary’s Hospital, where the little prince was born, super early Monday morning. Though the baby was born at 6 a.m. local time, Middleton arrived as early as 5:20 a.m., sources told BAZAAR.com.

After the service, the prince seemed perked up, as he was seen chatting with other guests in the abbey. The Duke of Cambridge offered a few updates on the royal newborn during today’s event. He did say “sleeping’s going reasonably well so far” and joked that the baby’s “behaving himself.”

He was also reportedly overheard discussing the infant’s name with Australian High Commissioner Alexander Downer. When he asked the prince, “Have you thought of the name Alexander?” the Duke of Cambridge replied, “Well, it’s funny you should say that, it’s a good name.” The quote left royal fans wondering, did he just give away the baby’s name?

While the rest of the public continues to guess on the baby’s moniker, we hope the Duke and Duchess of Cambridge are getting some well-deserved rest.