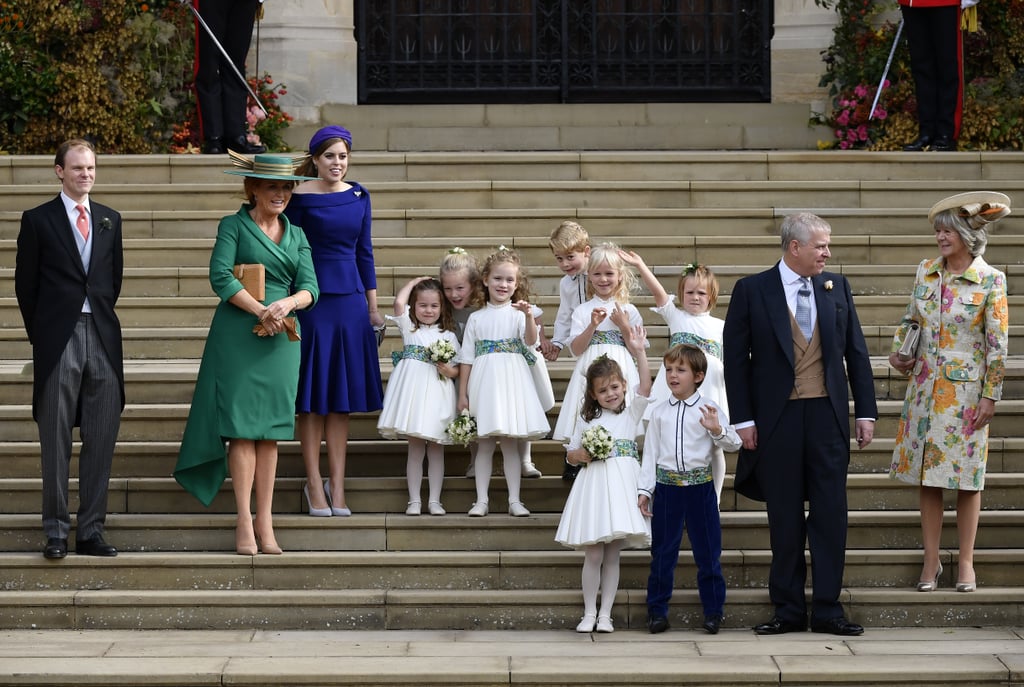 All eyes were on Princess Eugenie and Jack Brooksbank when they tied the knot at St. George’s Chapel in Windsor Castle on Friday, but there was a spotlight on her parents, Prince Andrew and Sarah Ferguson, as well. Despite the fact that Andrew and Sarah are no longer together, the former couple have remained close, and their friendship was on display as they joined their daughter in celebrating her special day. In addition to sitting together during the ceremony, Andrew and Sarah showed a united front as they left the chapel with their daughter Princess Beatrice.

Andrew and Sarah were married for almost a decade before they divorced in 1996. Unlike most divorced couples, Andrew and Sarah are actually pals and still make appearances together. Eugenie has even said they’re “the best divorced couple” she knows. Back in 2013, Sarah opened up about her relationship with Andrew, referring to him as “my handsome prince.” “We really believe in being good parents for our girls,” she said. “In our every day, we really respect each other and we honor each other.” Ahead, see photos of Andrew and Sarah at Eugenie’s wedding.