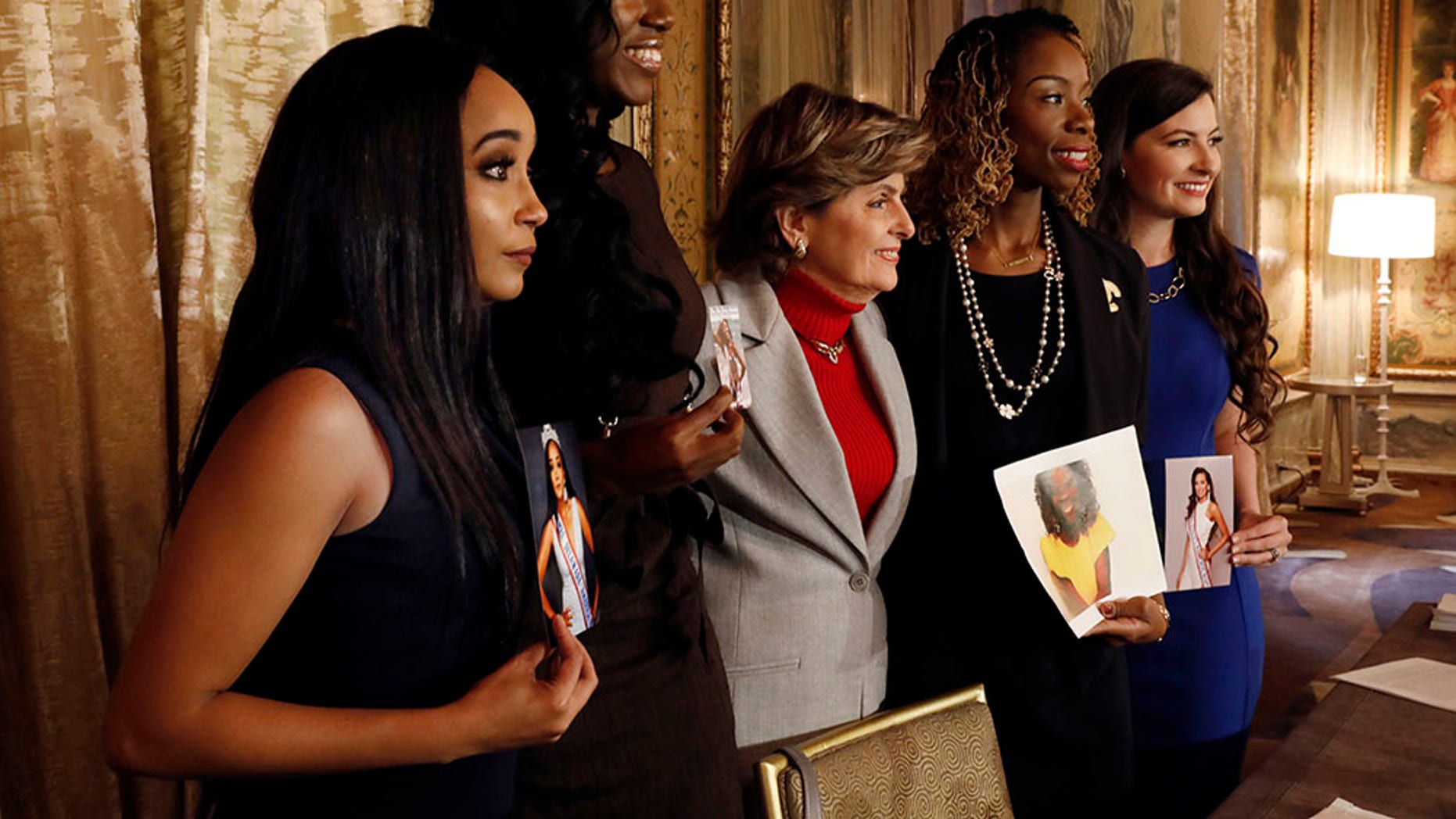 Four contestants in this year's Mrs. America pageant on Monday called for the pageant's CEO to apologize over accusations he used racial slurs and stereotypes in a conversation at a contest-related event.

The four women, three African-American and one white, spoke at a news conference in Manhattan with lawyer Gloria Allred, accusing David Marmel of using racially biased language in Las Vegas in August.

Allred said that while her clients don't intend to file a lawsuit, but they do want Marmel to apologize and implement an action plan including sensitivity training.

"They have decided that it would be wrong to stay silent about this matter," Allred said. "They feel it is their duty to share what they allege was their experience, because they do not want next year's contestants to be subjected to what they consider to be racially offensive and demeaning comments which have hurt them and caused them so much pain."

The women said at a pre-competition party, Marmel sat down with a group of four African American contestants, including the three who spoke Monday. The white contestant was also in the room but behind Marmel, they said.

They said he began talking about what he had done for black people, including developing a program recognizing African-American achievements. But they said he also made negative comments about NFL players who knelt during the national anthem, as well as statements saying black women need to stop having so many babies with multiple fathers and that those men were drug dealers and in jail.

They said he talked about his time as a baseball player in the 1960s and going to the South where there were signs prohibiting Jews and blacks from entering. In recounting that, he used the N-word, they said.

Crissy Timpson, Mrs. New Jersey, said the party was actually the second time she had heard Marmel's comments, and that he had said them to her a couple of days before when she arrived in Las Vegas for the pageant.

"Originally we weren't going to say anything because we all thought who would believe us," she said. "If we came forward after the pageant, people would think we were just upset about either not winning or placing the way we wanted."

Shawn Marshall, Mrs. America organization vice president, vehemently pushed back against the accusations, saying Marmel used no language that should have been interpreted as offensive, and was speaking to them about his life experiences with the African-American community.

In reference to the comments about the South, Marshall said Marmel was reflecting that the signs referred to him as well, since he is Jewish.

He said the women had asked Marmel to speak to them.

"If there's an apology, they owe Mr. Marmel," he said.