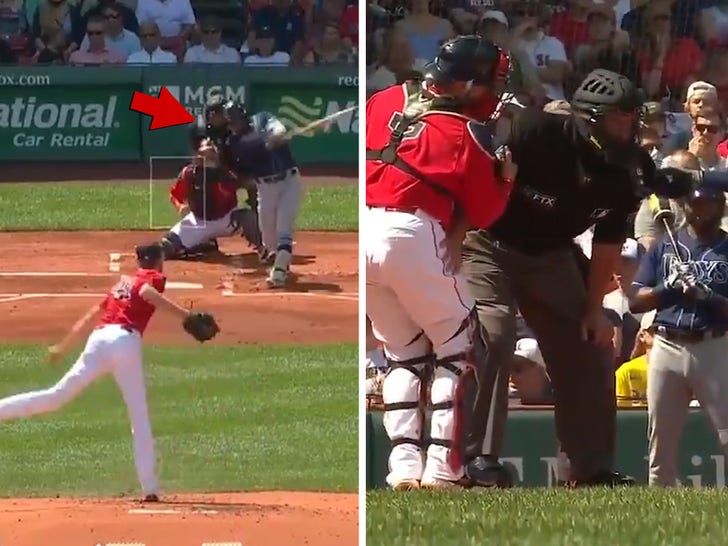 MLB umpire Manny Gonzalez will be away from baseball diamonds for the foreseeable future … after he suffered a head injury while being drilled in the face by a foul ball on Monday.

The scary scene all went down in the first inning of the Red Sox’s game against the Rays … when Tampa Bay first baseman Jordan Luplow fouled a pitch right into Gonzalez’s jaw.

You can see in the footage of the play, the ball hit Gonzalez so hard, he was staggered … and he eventually dropped to the ground.

Trainers raced out from the dugouts to check on the 41-year-old — who was so dazed, he needed to be removed from the game.

Sources tell TMZ Sports … Gonzalez is now currently being evaluated under the MLB’s concussion protocols and is out indefinitely.

Of course, this is far from the first time we’ve seen terrifying incidents involving umps behind home plate.

Remember, back in April, Kerwin Danley appeared to be knocked out after he, too, was hit by a foul ball. And, in 2020, John Tumpane was drilled in the face by a 99 MPH Gerrit Cole fastball and was slow to get up.