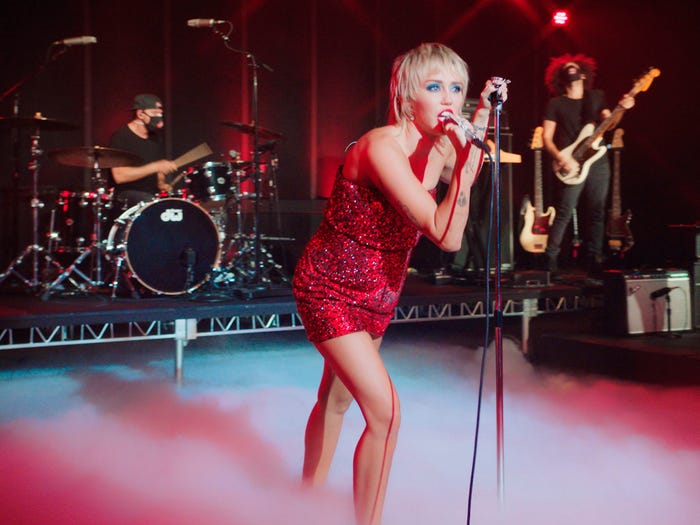 Miley Cyrus released her anticipated new album, "Plastic Hearts," on Friday and fans are convinced at least three of the songs are directed towards the singer's ex, Liam Hemsworth.

Cyrus and Hemsworth dated on and off after meeting in 2009 on the set of their movie, "The Last Song." They married in December 2018 before Hemsworth filed for divorce eight months later.

From the moment Cyrus' album began, fans were quick to think opening track "WTF Do I Know?" takes digs at Hemsworth because of the following lyrics:

Some fans noticed a parallel between lyrics in "WTF Do I Know?" and Cyrus's 2017 track "I Would Die For You."

In the latter, Cyrus sings "You are everything to me. And I, I would die for you," lyrics which many believed were about Hemsworth when the two were together.

Fans believe Cyrus makes digs on a few other tracks as well, including "Angels Like You" and "Never Be Me."

On "Angels Like You," Cyrus sings a somber melody that appears to be about a wedding and being unhappy because she knew the person she was with wasn't right for her. She sings about being a free spirit who couldn't be what someone needed her to be.

"I know that you're wrong for me," Cyrus sings. "Gonna wish we never met on the day I leave. I brought you down to your knees. 'Cause they say that misery loves company."

"Never Be Me" is another beautiful ballad where Cyrus sings about how she can't be tamed, even if she tries:

In "Hate Me," Cyrus ponders if a person who may still be upset with her would miss her and not hate her if she died: