Two months after rekindling their romance, Matt James and Rachael Kirkconnell danced up a storm together at a celebrity boxing event in Florida

Matt James and Rachael Kirkconnell are continuing to spend quality time together following their recent reconciliation. The Bachelor couple, who split after last year’s drama-filled season but got back together in April, attended a celebrity boxing match in Miami Gardens, Florida on Saturday, June 12. Both Matt and Rachael danced enthusiastically to the live music in the crowd.

Matt, 29, gave the camera a big smile as he recorded Rachael, 24, showing off her dance moves beside him to a song by Lil Baby. In a brief showing of affection, Rachael jokingly squeezed Matt’s chest with her hand.

Tyler Cameron, Matt’s BFF, was also in attendance at the event. At one point, the former Bachelorette runner-up could be seen joking around with Too Hot To Handle alum Harry Jowsey as Matt and Rachael closely listened in to their chat.

Matt and Rachael’s latest outing comes after a wild romantic ride for the reality stars. They initially met and fell in love on season 25 of The Bachelor, but Matt ended the relationship while the season was airing after news broke that Rachael attended an Antebellum-themed party in 2018. Rachael apologized for her racist actions and promised to change.

Not long after the public breakup, Matt and Rachael were spotted together on several occasions, including in New York City. Matt finally confirmed on The Pomp Podcast in April that he and Rachael were dating again. “The best thing about Rachael is her heart,” he said. “She’s the most kind, caring person I’ve ever met.” 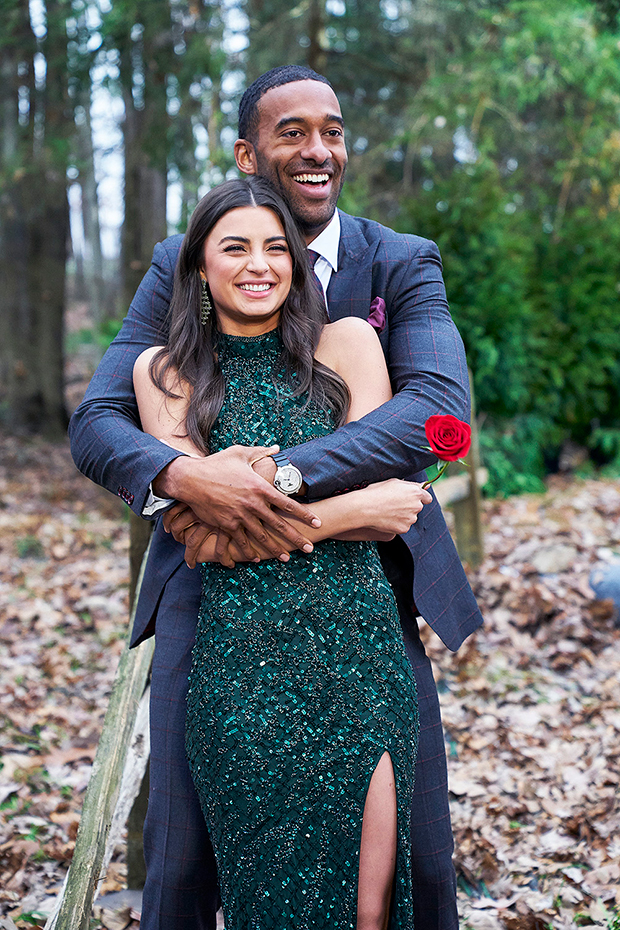 Matt also said on the podcast that Rachael, who has yet to publicly comment on their reconciliation, delivered an “ultimatum” for him to realize that he wanted to fully commit to being with her. And it clearly worked: they’ve been going strong ever since.