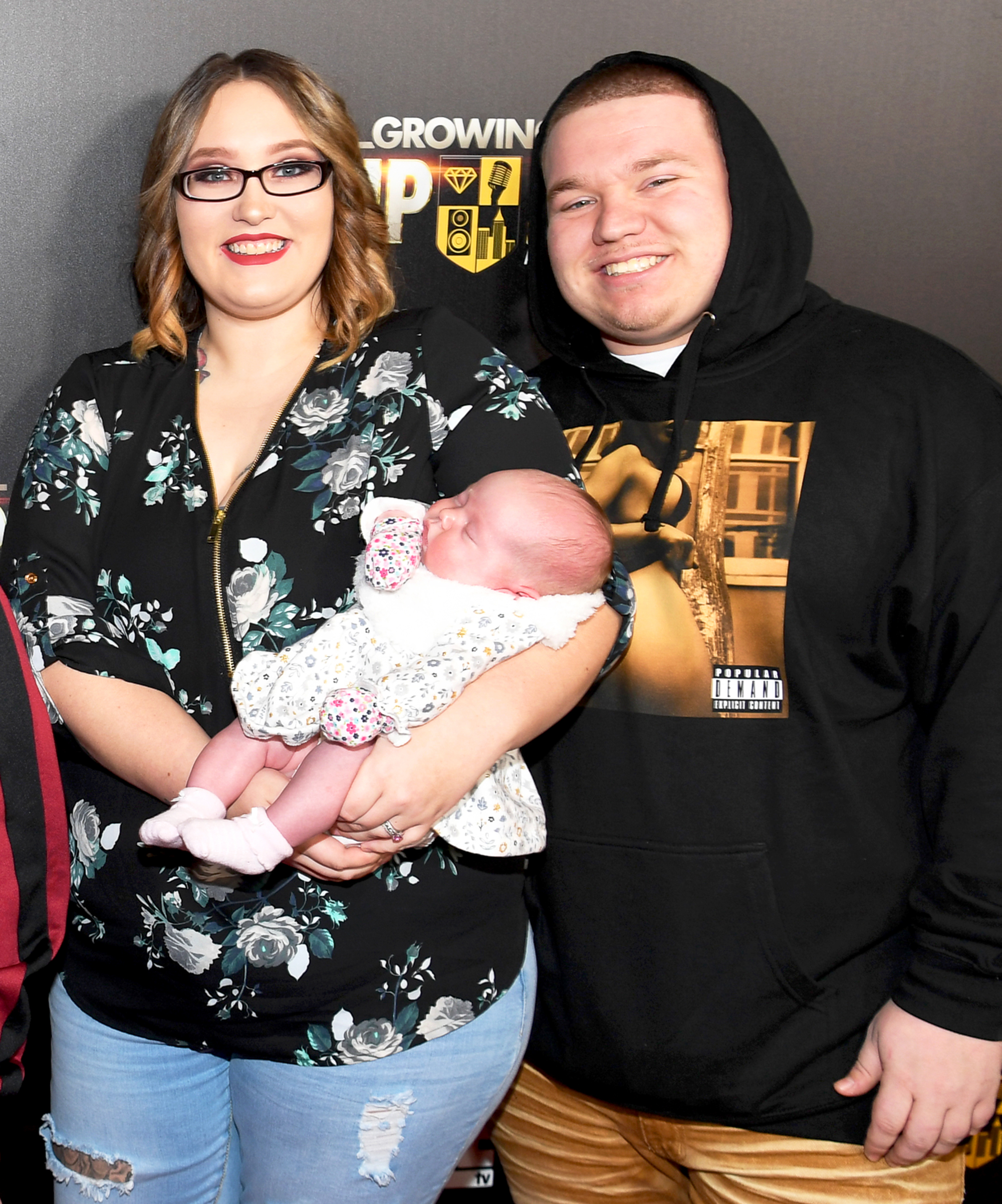 A source tells Us that the wedding was filmed for the next season of Mama June: From Not to Hot.

According to photos obtained by TMZ, which was first to report the news, June, 38, and her daughter Alana “Honey Boo Boo” Thompson, 12, were in attendance. The 18-year-old bride and her family reportedly had dinner at the Italian restaurant Buca di Beppo after the ceremony.

Pumpkin and Efird welcomed their first child together, a daughter named Ella Grace, in December.

“I honestly didn’t know that I could love a little person so much,” the new mom told Us exclusively in February. “I want her to grow up and not listen to what others have to say, and if she wants to do something, go after it! … I’m not gonna say it’s easy being a young mother. It is a hard process, but I’ve grown into it.”

At the time of the interview, Pumpkin told Us that she Efird didn’t plan on walking down the aisle just yet. “We have talked about it, but I think right now we’re in a place where we want to wait until Ella’s at a decent age … [to] be able to be involved in the wedding,” she said.

“They say [babies] change things, but honestly I think a kid is maybe what we needed in our relationship,” the teenage reality star told Us of her romance with Efird. “We’ve become closer than any other time. We both help each other out. It’s like it’s a team thing now.”

Mama June: From Not to Hot returns on WE tv in June.