It’s been a rough few months for Luann de Lesseps, but The Real Housewives of New York City star appears to have no regrets.

The TV personality, 53, shared a photo of a picturesque boardwalk sunset on her Instagram Story Friday, July 20, with the quote: “Never regret a day in your life: good days give happiness, bad days give experience, worst days give lessons, and best days give memories.” 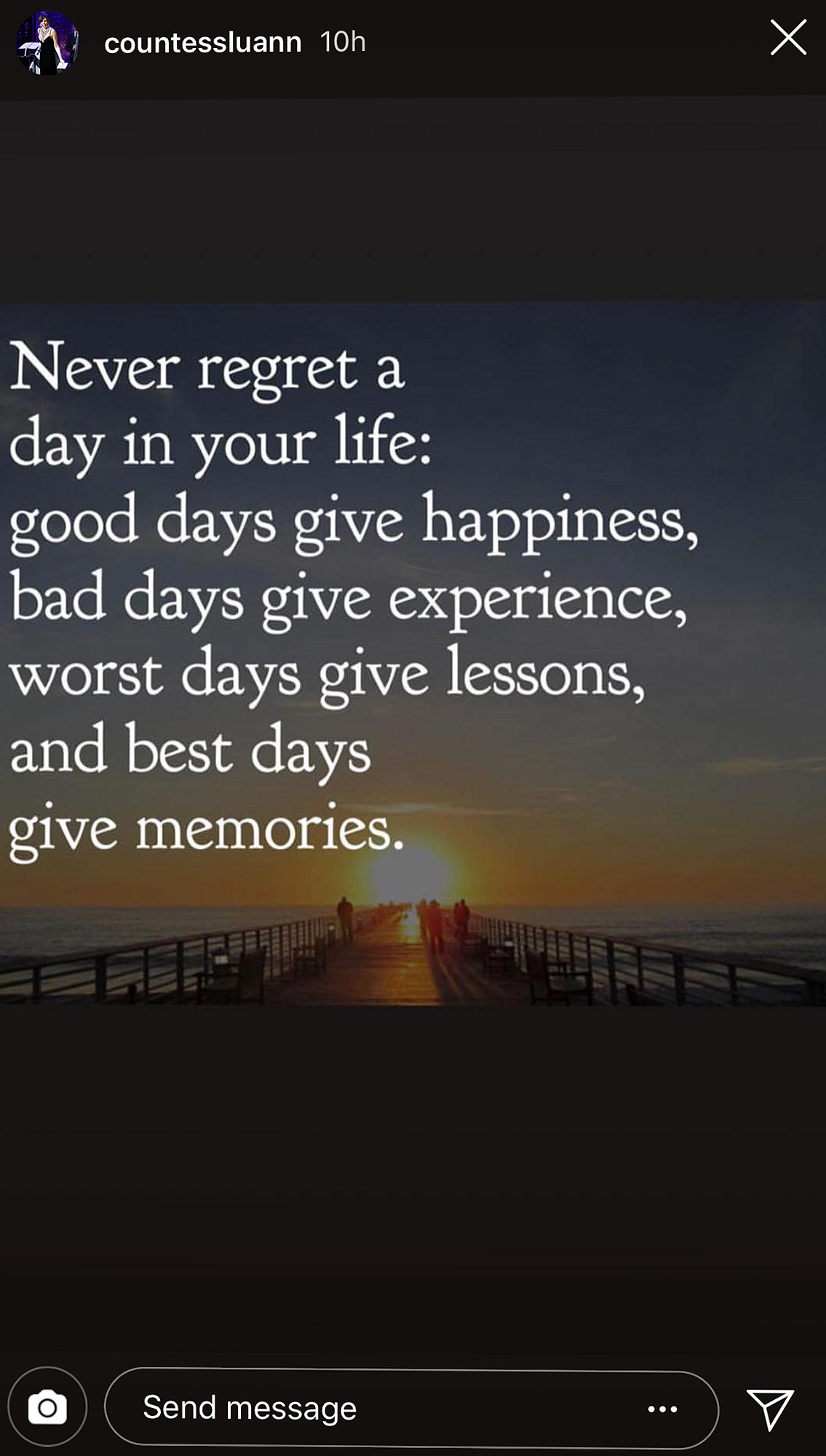 The post comes less than a week after Bravo confirmed to Us Weekly on Monday, July 16, that the former Countess had checked back into rehab following six months of sobriety. The network also confirmed that she would be unable to film the season 10 reunion special as a result, which filmed on July 17.

The show’s executive producer, Andy Cohen, sent his love to the star following the news. “[Luann is] making the decision that is healthy for herself and you can do nothing but support that,” he said on his SiriusXM show Radio Andy Live on Monday. “She’s been through it.”

Meanwhile, de Lesseps also faces legal trouble. Her ex-husband Count Alexandre de Lesseps and their two children, Victoria and Noel de Lesseps, are suing the RHONY star over a breach in the couple’s divorce deal which would have required her to create a trust in the children’s names for her $3.1 million SAG Harbor, New York, home.

A source previously told Us Weekly that de Lesseps “went to treatment to deal with her emotional trauma from her marriages and using alcohol as a coping mechanism” and that she “thinks she can add drinking slowly back into her life once she feels healed.”

Tinsley Mortimer spoke out about the “Girl Code” singer’s relapse on the Wednesday, July 18, episode of Watch What Happens Live With Andy Cohen. “[I was] totally in shock because I was so proud of her,” she said at the time. “I had a mugshot in Palm Beach too, and I feel like I just turned it around and I feel like she was doing that.”

De Lesseps initially checked into an alcohol treatment center in December 2017 days after she was arrested on Christmas Eve for battery of a police officer, intoxication and resisting arrest.