Liam Gallagher and girlfriend Debbie Gwyther returned home on Sunday after video footage captured the former Oasis star appearing to grab her by the throat, an accusation he denies.

The pair were flanked by security as they entered the property following Liam’s performance at the annual Pilton Party in Somerset.

The Wall Of Glass hitmaker, 45, wore an oversized raincoat over loose-fitting jeans, and carried a large black holdall in his hand as he made his way towards his London pad in an all-black ensemble. 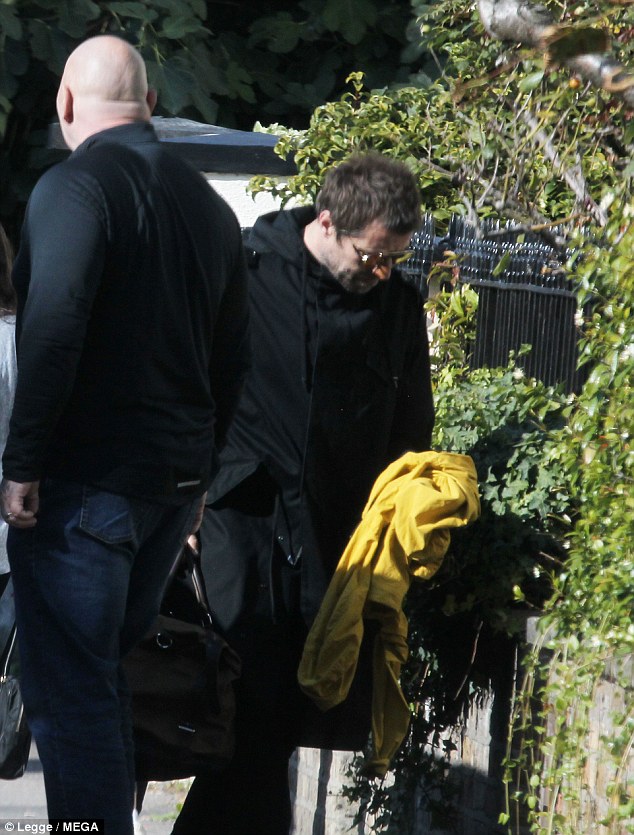 Home time: Liam Gallagher and girlfriend Debbie Gwyther returned to their north London home on Sunday after dismissing claims that the former Oasis star grabbed her by the throat during a drunken row

He kept his head down and shielded his eyes in a pair of yellow-tinted aviator sunglasses, with his cropped brunette locks styled into a tousled hairdo.

Debbie, 36, who was clad in a light blue denim shirt with ruffle detailing and skinny black jeans, was the first to head into the house, with Liam following soon after.

The former Beady Eye PA stepped out of the Chauffeur driven car and towards their home in flat black sandals adorned with bold studs.

Debbie slung the long strap of a clutch bag across her body and held onto a slouchy black tote as she made her way inside.

The couple were then joined by the singer’s son Lennon, 18, who was the last to get out of the vehicle. 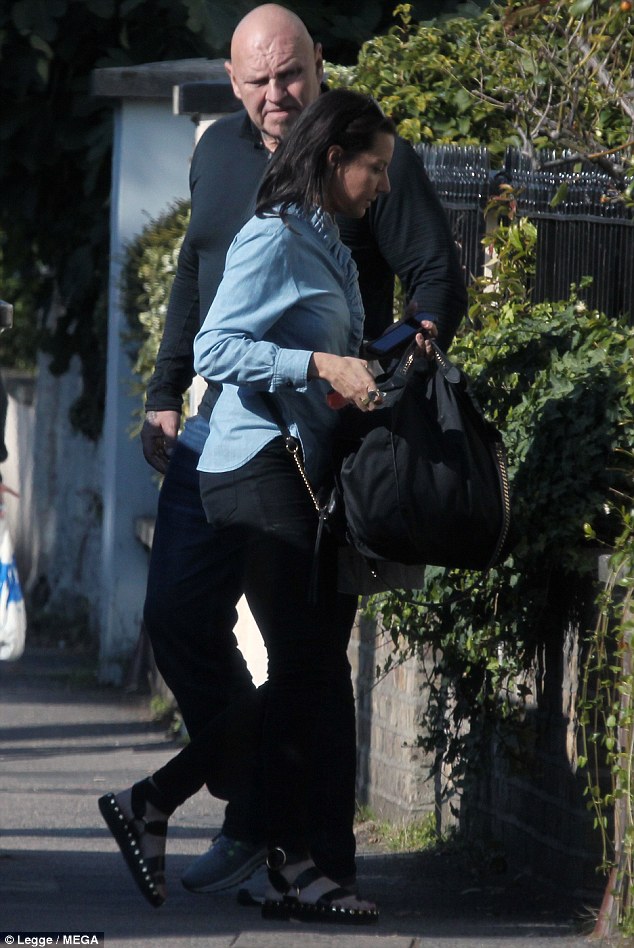 Incoming: Debbie, who was clad in a light blue denim shirt with ruffle detailing and skinny black jeans, was the first to head into the house, with Liam following soon after 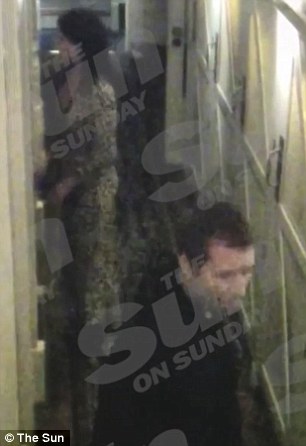 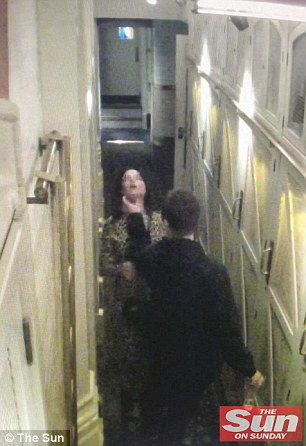 Damaging: Liam was seen appearing to grab his partner by the throat during a night out at popular London nightspot Chiltern Firehouse 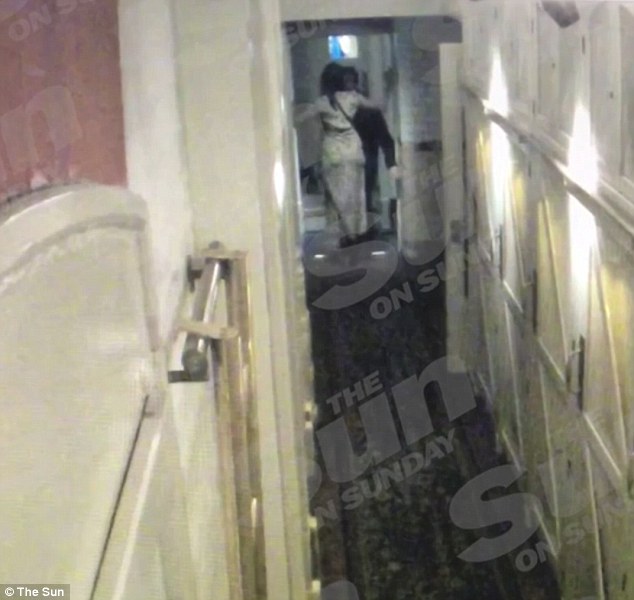 Face to face: CCTV footage captures Debbie as she appears to block his path before the singer shoulders his way past

In late August, shocking images appeared to show Liam grabbing his girlfriend by the throat while the two partied at a trendy London nightclub.

Both the singer and Debbie denied allegations he had put his hands on her, before video footage of the argument was posted online whilst Liam was performing on stage in Paris, France for the Rock en Seine music festival.

A bouncer later alleged Liam called Debbie a ‘f**ing witch’ during a row that left her in tears after he ‘shoved her back’ at the Chiltern Firehouse in Marylebone on August 8. 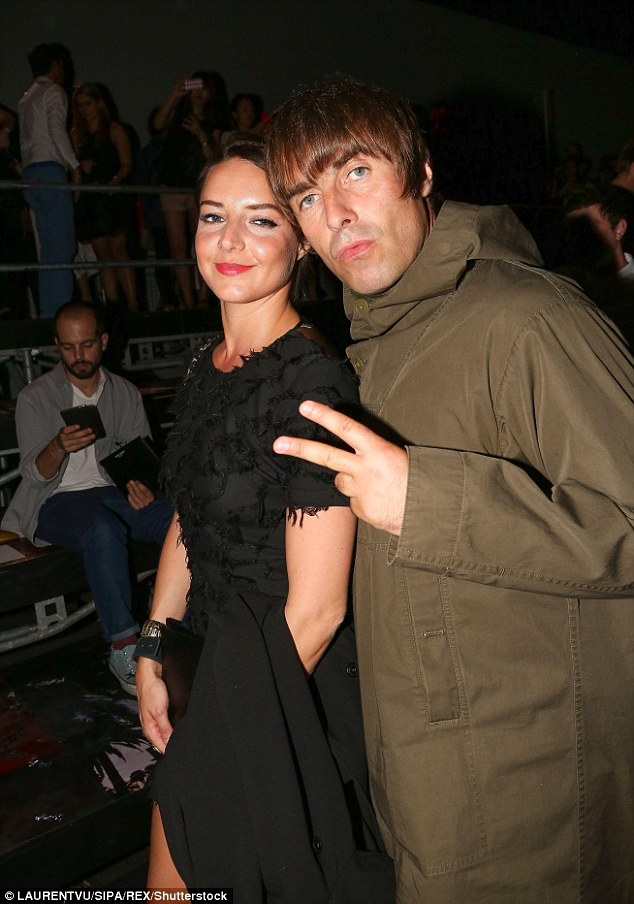 Shocking: In late August, shocking images appeared to show Liam grabbing his girlfriend by the throat while the two partied at a trendy London nightclub; Pictured in 2016 in Paris

Max Ksiazek, 29, claimed he was worried for her safety during their appearance at Chiltern Firehouse, a popular London nightspot among celebrities.

He told The Sun: ‘As I got down the stairs he had basically grabbed her by the neck. When I got to the corridor I shouted, ‘Liam!’ He released his hand from her and I escorted him through the courtyard.

‘We had a conversation at the doors and he was basically saying it was her fault and that she was a witch — he was just constantly repeating that.’ 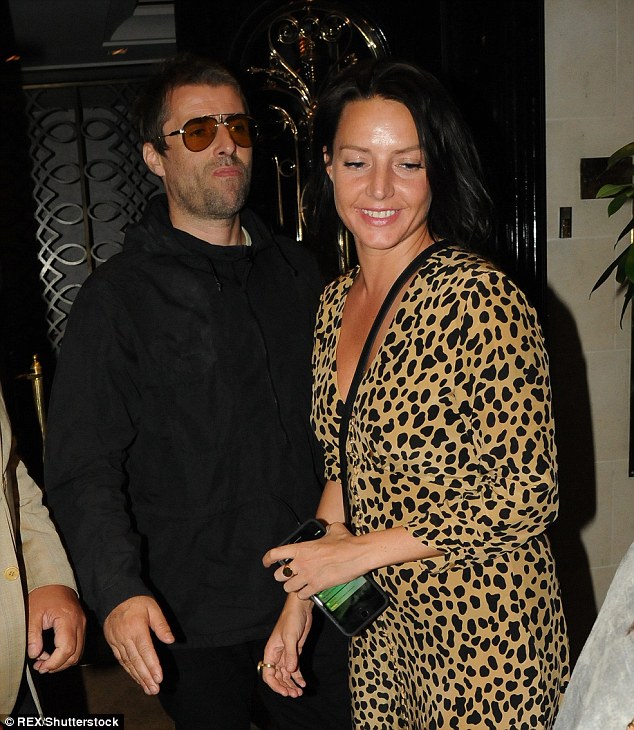 Evening out: The couple have both denied allegations he had put his hands on her, before video footage of the argument was posted online; Pictured in August in London

The Mancunian hit back at the accusations before the video was released, tweeting: ‘Firstly I have never put my hands on any woman in a vicious manner. Secondly, there is only 1 witch and we all know who that is.. as you were LG x’.

But in footage released to the Sun, Liam seems to push Debbie, who has worked for him since 2013. He then appears to grab her by the throat.

The footage shows Debbie stumbling into the corridor of the nightclub, and putting her arms out to stop her boyfriend, who is holding an almost empty beer bottle, from passing.

Liam appears to push Debbie through the doorway and she stumbles backwards.

He then walks past her before suddenly turning around and appears to put his hands to her throat.

Debbie’s head goes backwards and Liam releases her after a few seconds, appearing to say something to her.

Debbie briefly drops her head and retreats as Liam walks away out of view of the camera.

Since the footage has emerged, Debbie and Liam have not commented on the matter.

But before the footage was released, Debbie took to Instagram on Friday and said: ‘The Sun have surpassed themselves yet again. Shame on them and on all who have asked for Liam’s comment rather than mine.

‘Caring individuals all of them I’m sure. Pack of lies as per usual…”Former personal assistant” being amongst the offensive.

‘They’ve taken a couple of years off my age though….journalism at its best! Lazy, sexist nonsense…legal case impending. As We Were.’ 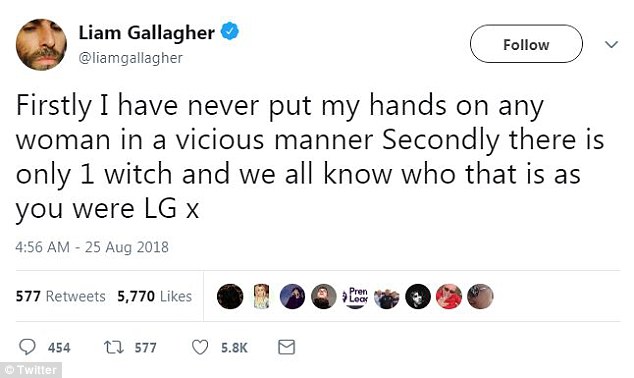 Denial: On Saturday, Liam denied the row with girlfriend Debbie and tweeted ‘I have never put my hands on any woman in a vicious manner’ (pictured) 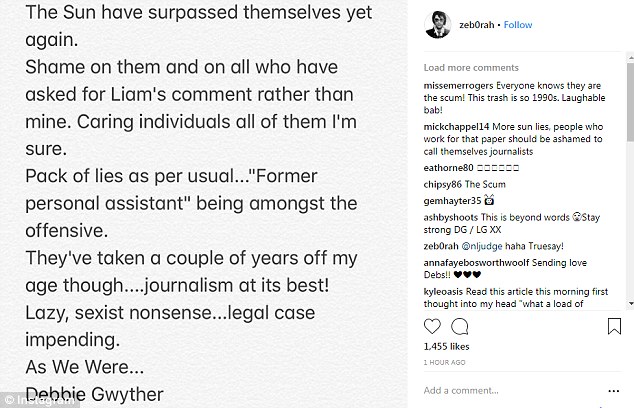 Refuting it: Debbie also denied the rumours in a statement posted on her Instagram

Referring to the Sun before the photos and video were released, she added: ‘He’s never laid a hand on me.

‘Our relationship is stronger than ever. Liam has never laid a hand on me. It is completely ridiculous.’

It comes as a former police officer told the Sun the musician may have been arrested if law enforcement had seen the argument.

Colin Sutton said: ‘It is potentially an assault and therefore potentially a domestic assault — something that would be taken particularly seriously.

‘He could potentially have been arrested whether or not a victim wanted to press charges if the police had witnessed what they believed to be an assault.’

The couple were in the nightclub from around 10pm.

They had arrived with a male friend after having dined Scott’s restaurant in Mayfair. 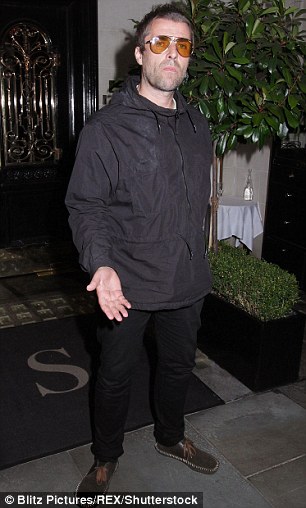 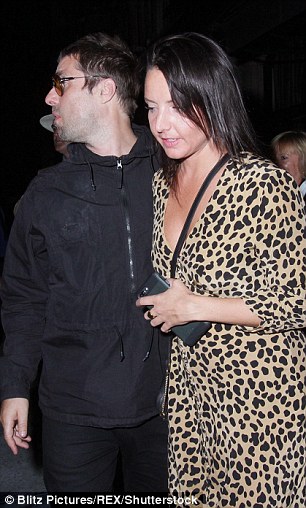 Claim: The singer (left) is alleged to have left his girlfriend of four years Debbie Gwyther (right, together) in tears when he ‘shoved her back’ during a row at a London nightclub

‘Liam and Debbie had been arguing and then he just completely lost control and went at her’ a source told the Sun.

‘He was aggressively pushing her down the corridor. Then he stopped and turned away and she started to follow him.

‘He suddenly wheeled round, reached out and pushed her by the throat with one hand while holding what looked like a bottle of beer in the other.

Two years ago the the pair publicly clashed at a celebrity haunt in Oxfordshire.

The couple were seen arguing at the bar of the Soho Farmhouse in early 2016 shortly after Liam was ordered to split his £11million fortune with ex-wife and All Saints star Nicole Appleton. 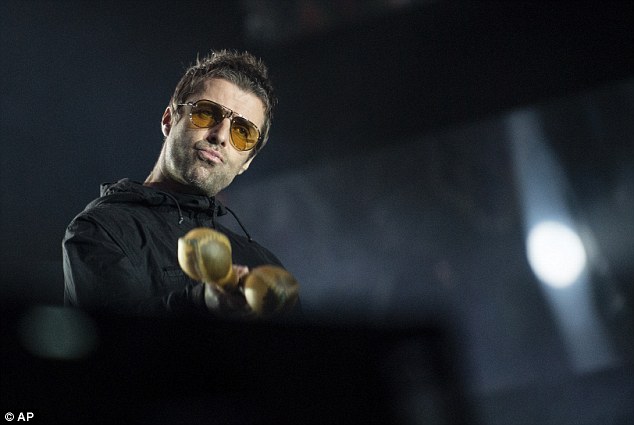 On stage: Liam performed at the Zuerich Openair in Glattbrugg, Switzerland on Friday