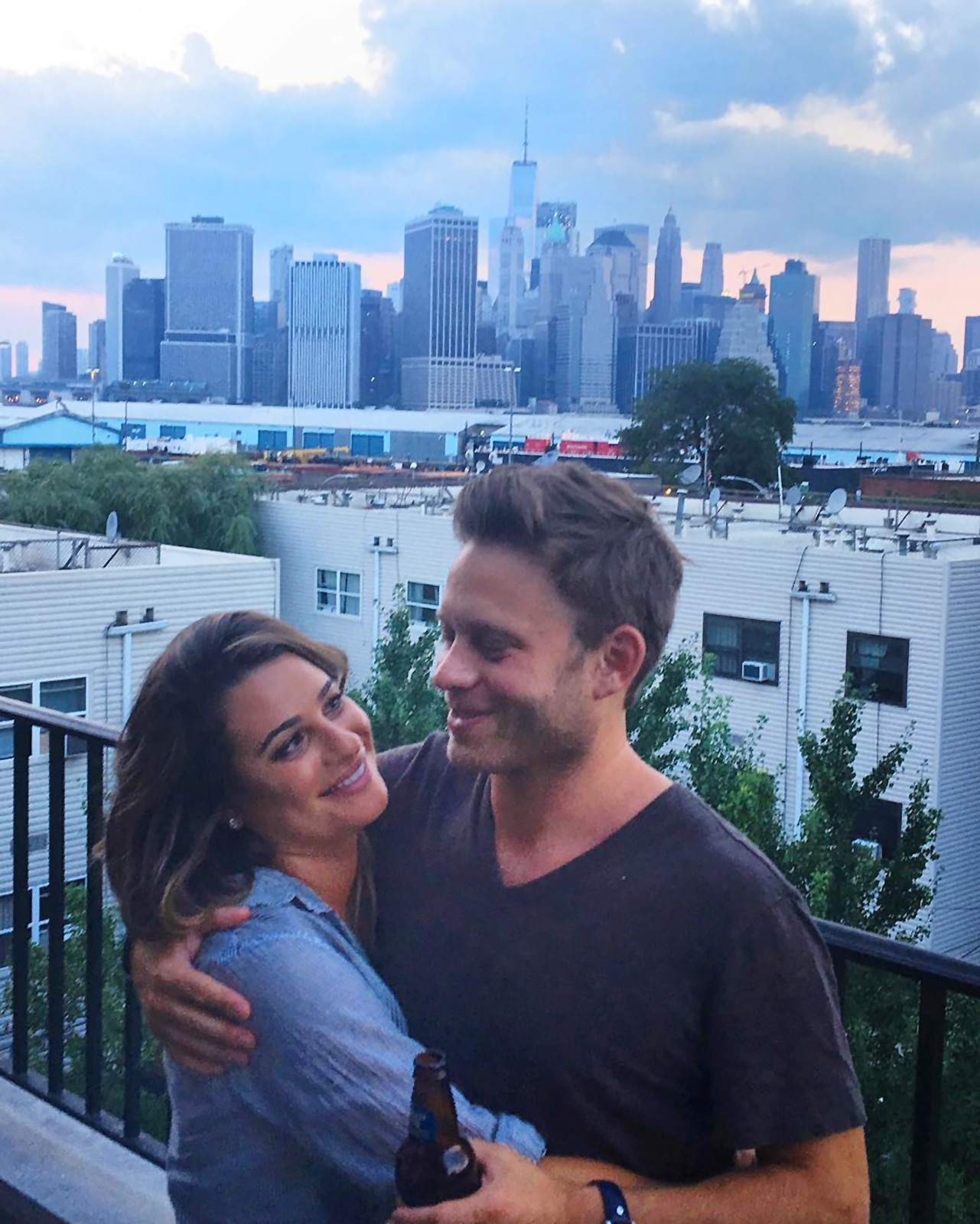 She said yes! Lea Michele is engaged to Zandy Reich. The Glee alum revealed the news with a photo of herself wearing a gigantic diamond ring on Saturday, April 28.

In the adorable Instagram snap, the actress, 31, is at a beach and has her left hand covering her face, displaying the huge rock on her ring finger. She captioned it with a simple “Yes,” and added a ring emoji. Stars including Kaley Cuoco and Jenna Dewan liked the post.

The couple got engaged after over a year of dating. Reich, who is the president of women’s clothing brand AYR, proposed with a 4-carat elongated radian cut ring, which he personally designed with Leor Yerushalmi and The Jewelers of Las Vegas.

A source tells Us that Reich asked Michele’s dad for his permission to propose to the Broadway alum.

“The couple couldn’t be happier,” a second source adds.

Us Weekly confirmed in July 2017 that the couple were dating. “They’ve known each other for a while,” a source told Us at the time after the pair were spotted holding hands in NYC. “They met a few years ago and she’s a fan of the clothing line.”

The singer gushed about her boyfriend with a post on her birthday in August. “Last year, in this same spot, on this same day, you told me 30 was going to be the best year of my life.. it was,” she captioned a photo of them looking at the ocean. “So much to be grateful for, but mostly you.. got a feeling 31 is going to be even better… ❤ u Z.”

Last year, in this same spot, on this same day, you told me 30 was going to be the best year of my life.. it was. So much to be grateful for, but mostly you.. got a feeling 31 is going to be even better… ❤️ u Z

The Scream Queens alum recently announced that she will be hitting the road with former Glee costar Darren Criss — they are co-headlining the LM/DC tour. Michele previously dated Matthew Paetz, Robert Buckley and the late Cory Monteith.