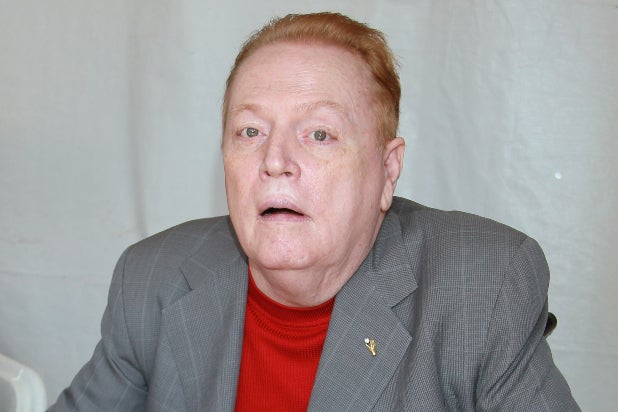 Larry Flynt, the founder and publisher of Hustler magazine, died on Wednesday, his brother Jimmy Flynt told the Washington Post. He was 78.

Flynt’s “Hustler” brand was one of the biggest in the world of adult entertainment. Hustler magazine’s first issue published in July 1974 and Flynt later created his own publishing company to produce the Hustler magazine, another magazine called Barely Legal, Hustler TV channels and other pornographic videos.

In 1996, Columbia Pictures released “The People vs. Larry Flynt,” a drama about Flynt’s life starring Woody Harrelson, Courtney Love and Edward Norton. Harrelson would go on to be nominated for an Academy Award and Golden Globe for his performance in the film.

Flynt was an outspoken First Amendment supporter, and his magazine was involved in the milestone Hustler Magazine v. Falwell Supreme Court case in 1988 that set the standard for defamation cases against public figures.

In a tweet posted in 2019, Flynt explained that when he was shot by a sniper near a courthouse in Georgia in 1978 and left paralyzed from the waist down, his resolve to fight for free speech fomented.

“When I was gunned down in the streets of Georgia and paralyzed, I saw that pretty much as my life being over. I made a calculated decision to spend the rest of my life devoted to expanding the parameters of free speech. Forty + years later, the fight continues,” he wrote.