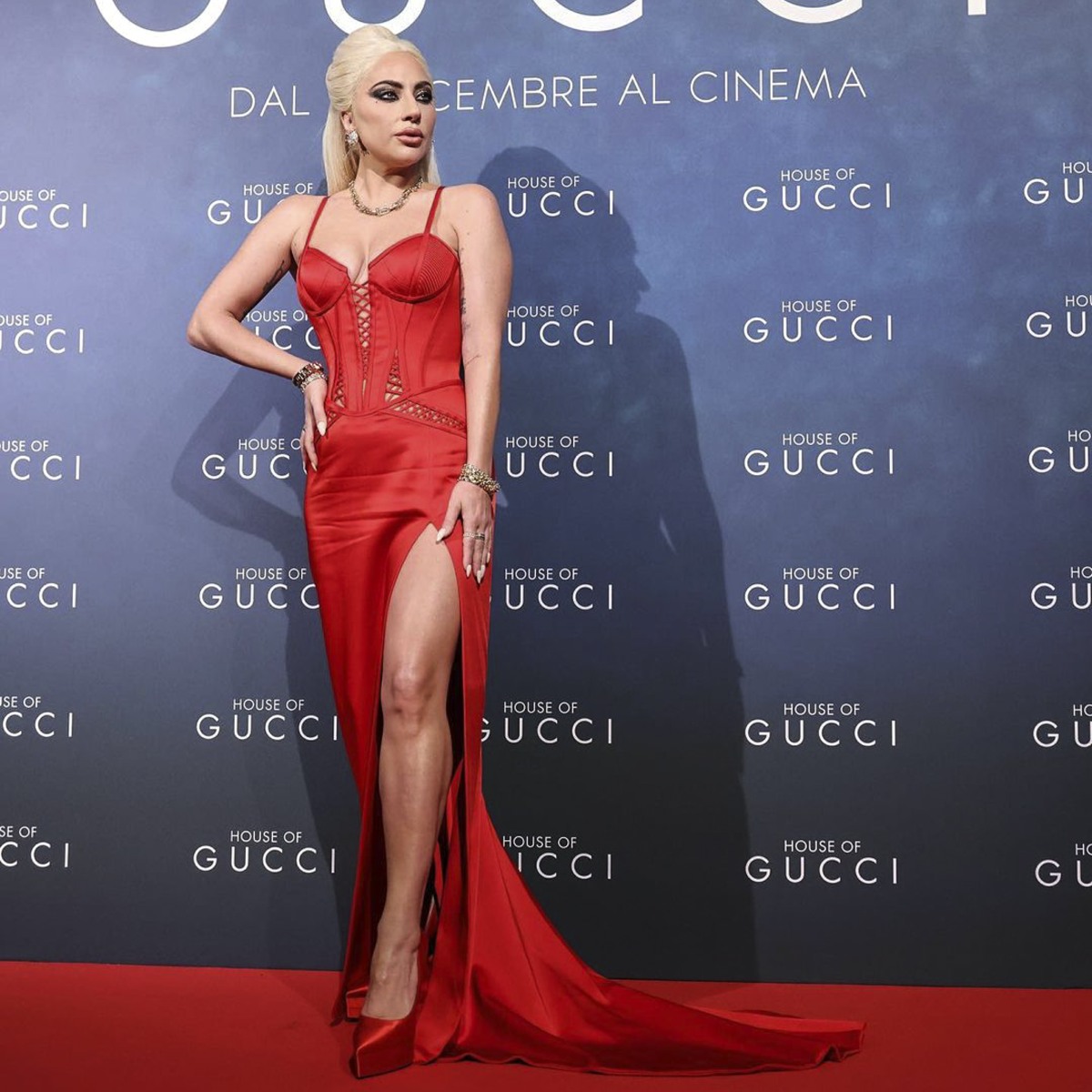 Here are some photos of Lady Gaga at the Milan premiere of House of Gucci. They sent Gaga solo to promote the film in Italy, which… I don’t know how Italians are really going to react to all of this. Gaga enjoys the fashion part of promotional tours, so I was surprised to see her in something other than Gucci for this Milan premiere – she wore red Versace, a “modern version” of Versace’s iconic corset dress. She looks good. But… as others have noted, it feels like she got her lips done (again) for the promotional tour? At last week’s premiere, she could barely even move her mouth. I don’t get why women do this!

One of the things that surprised me about the critical reaction to House of Gucci is how much love critics are giving to Gaga and Adam Driver’s on-screen chemistry. I would have thought that they would be chalk and cheese, but they seem to enjoy each other off-screen, and they apparently have loads of chemistry on-screen. They were on Graham Norton’s show this weekend and I think I get their vibe – he’s sort of awkward and “yes dear” and she’s over-the-top, which he appreciates because he doesn’t want the spotlight? She also “included” Adam in the trip to Milan – she posted a photo where she’s holding up his Burberry ad. 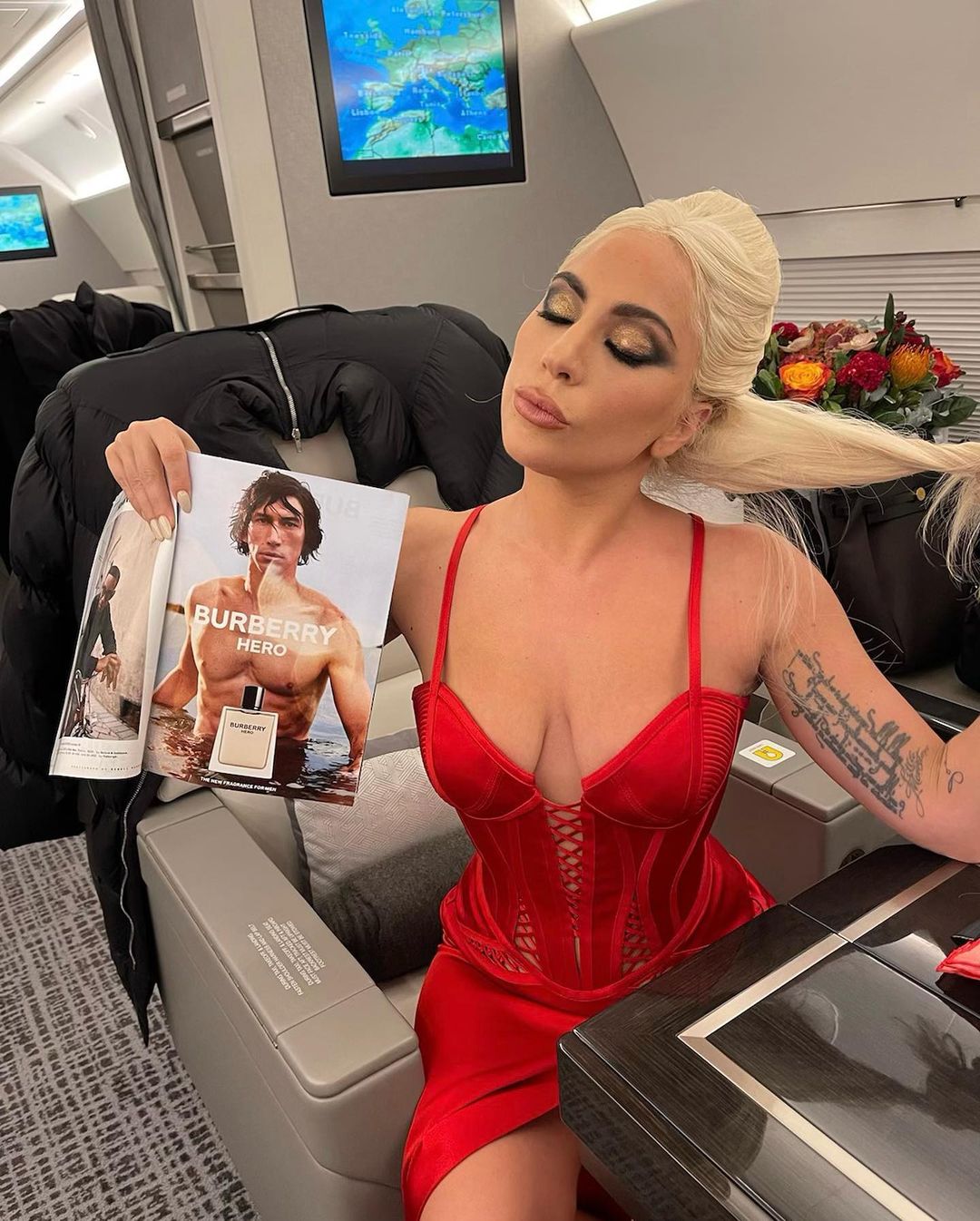 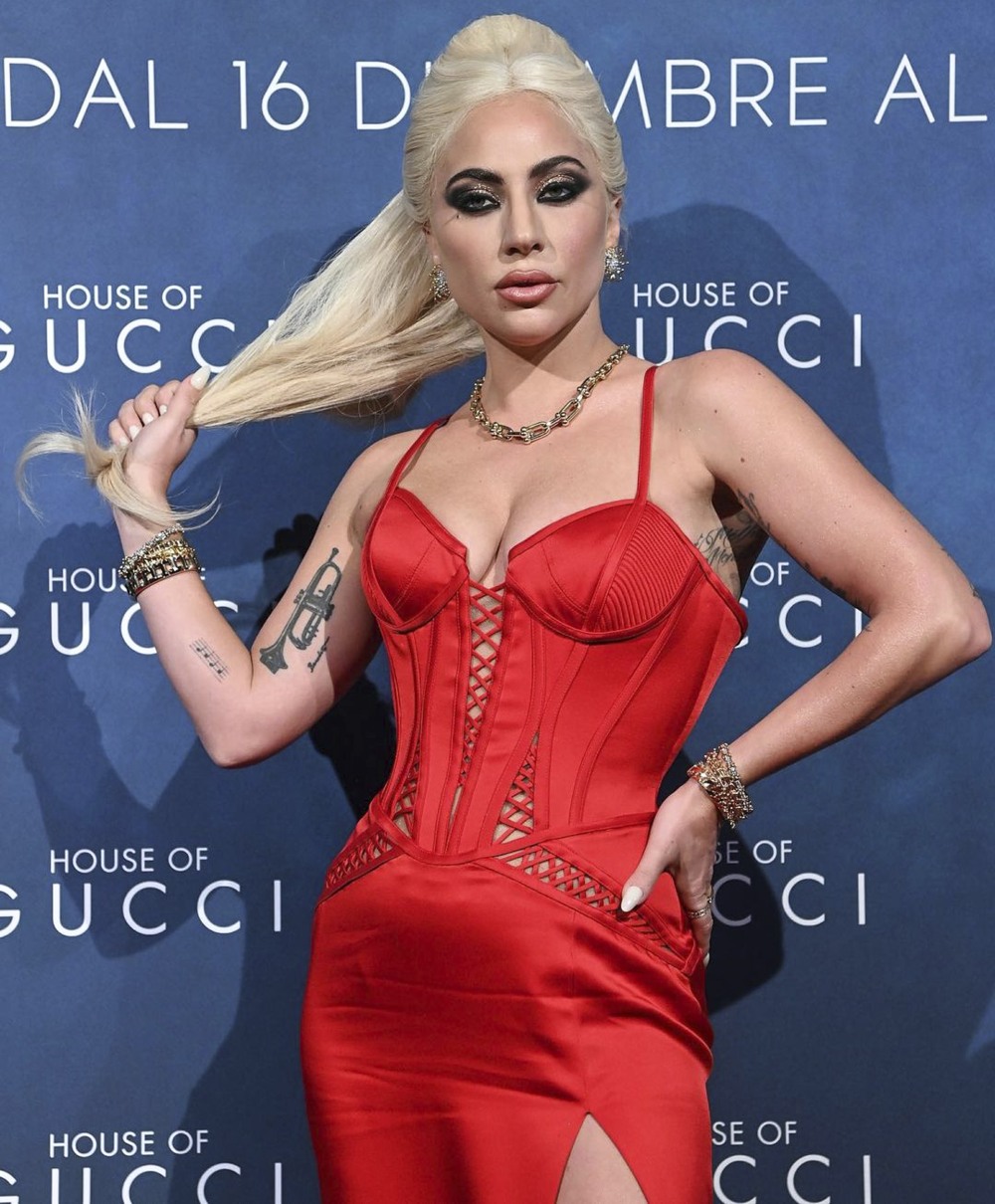 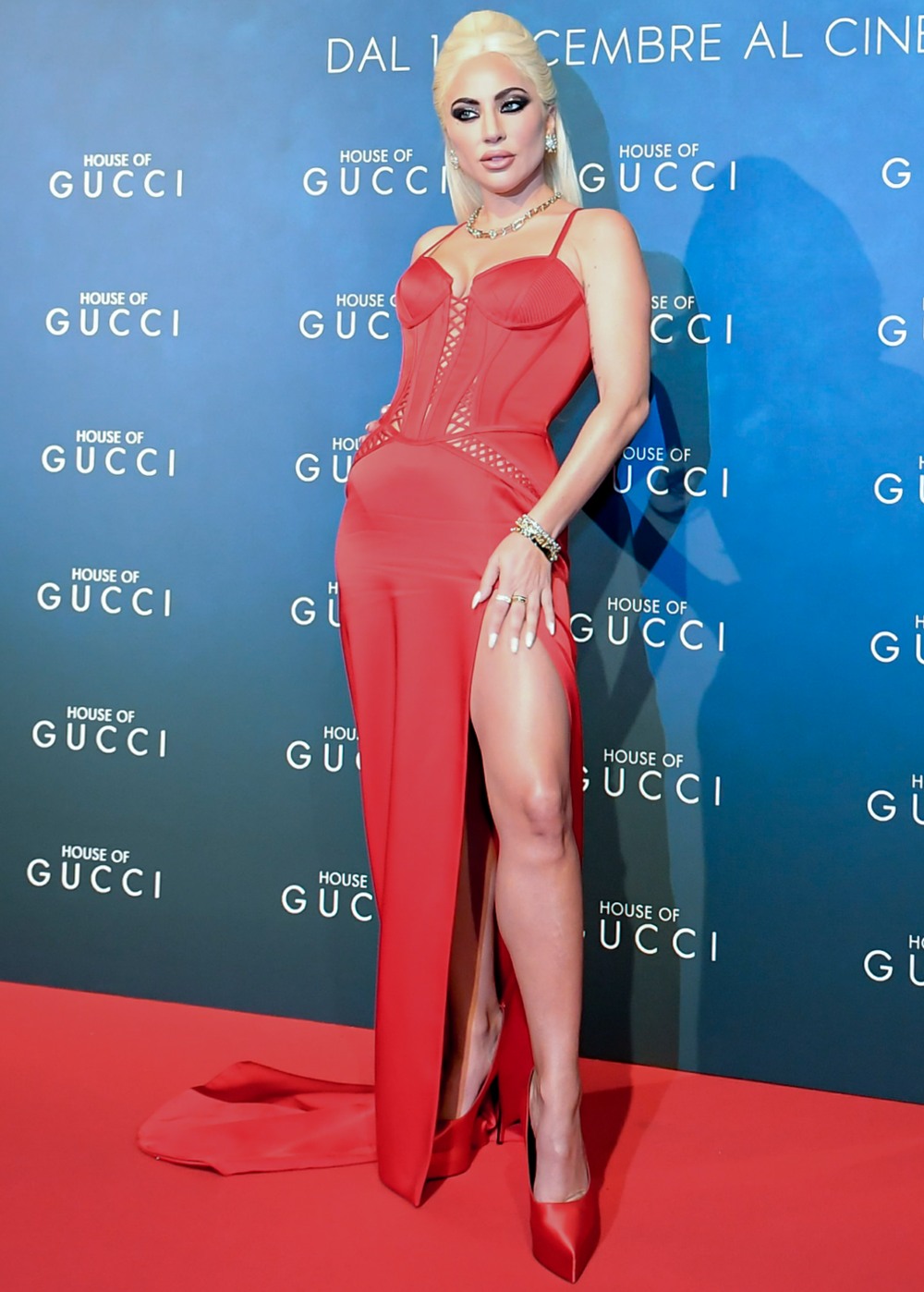