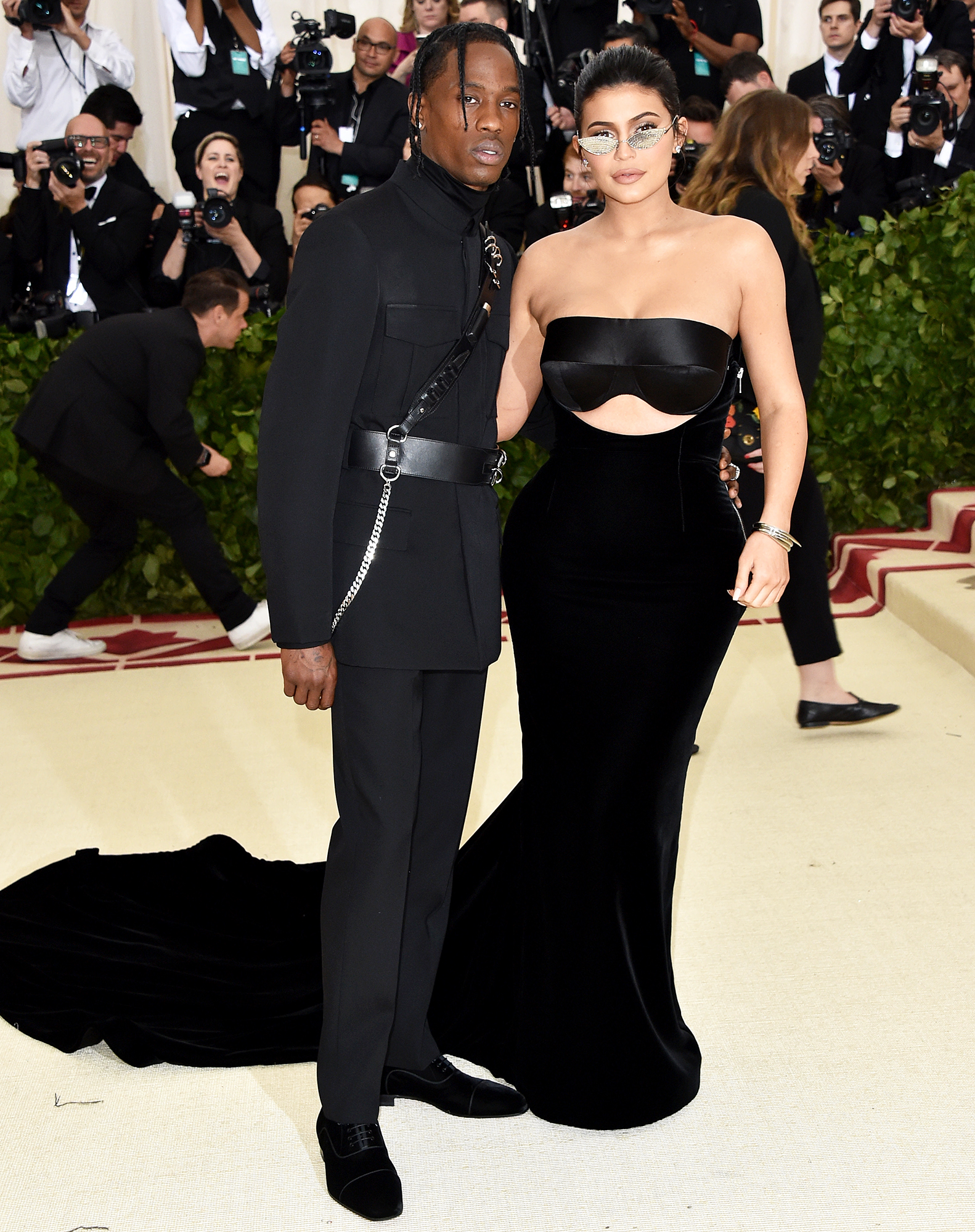 Parents’ night out! Kylie Jenner and Travis Scott attended the 2018 Met Gala together in New York City on Monday, May 7, three months after welcoming daughter Stormi.

The Life of Kylie star, 20, rocked a black velvet Alexander Wang dress and mini sunglass. The rapper, 26, stayed close to her side on the carpet. 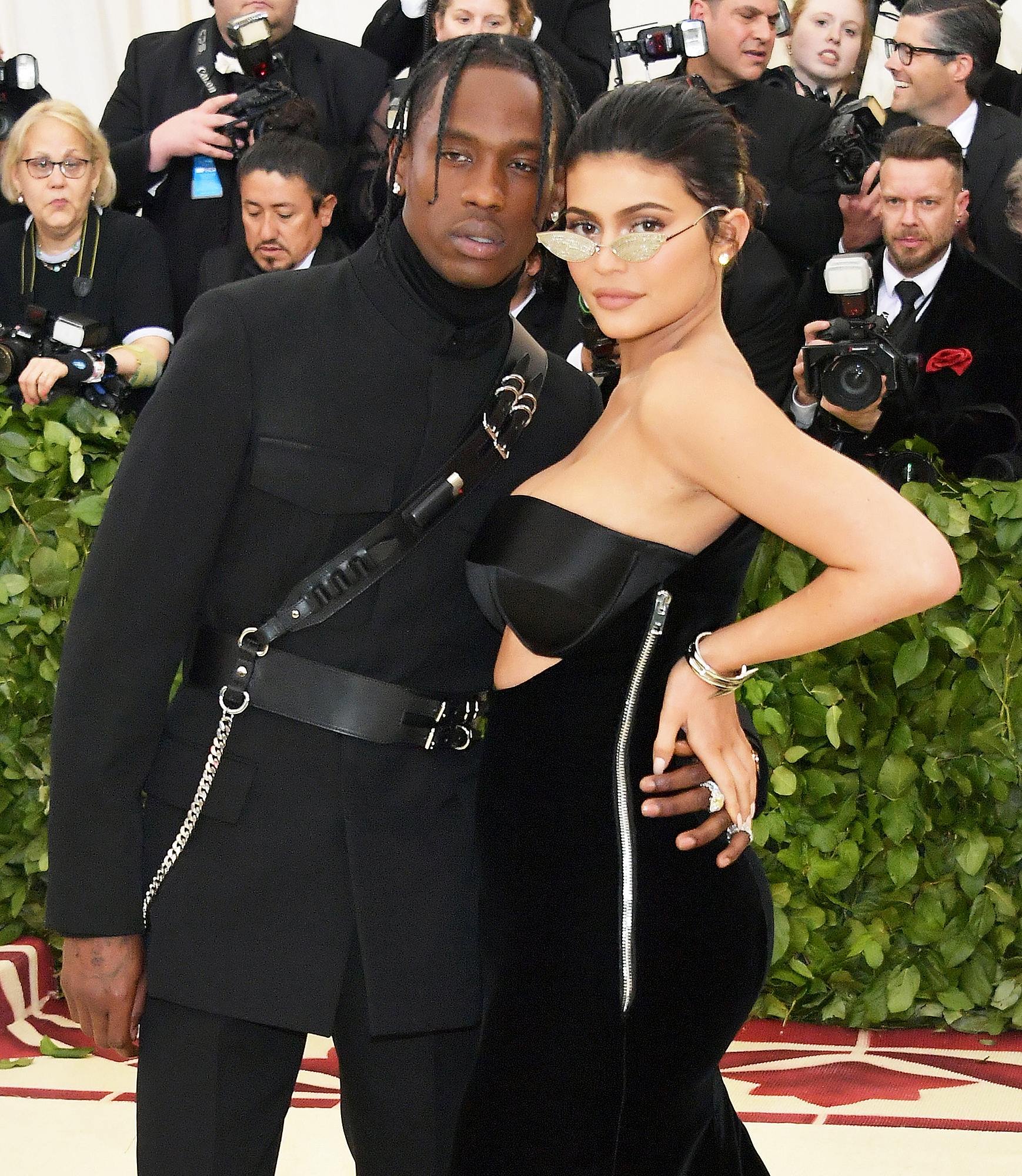 The duo also stepped out for a date night in New York the weekend before the gala. Jenner was all smiles as she showed off her post-baby in a green jumpsuit on Sunday, May 6. The Kylie Cosmetics creator was also spotted enjoying a night out with her sister Kendall Jenner in NYC on Saturday, May 5. 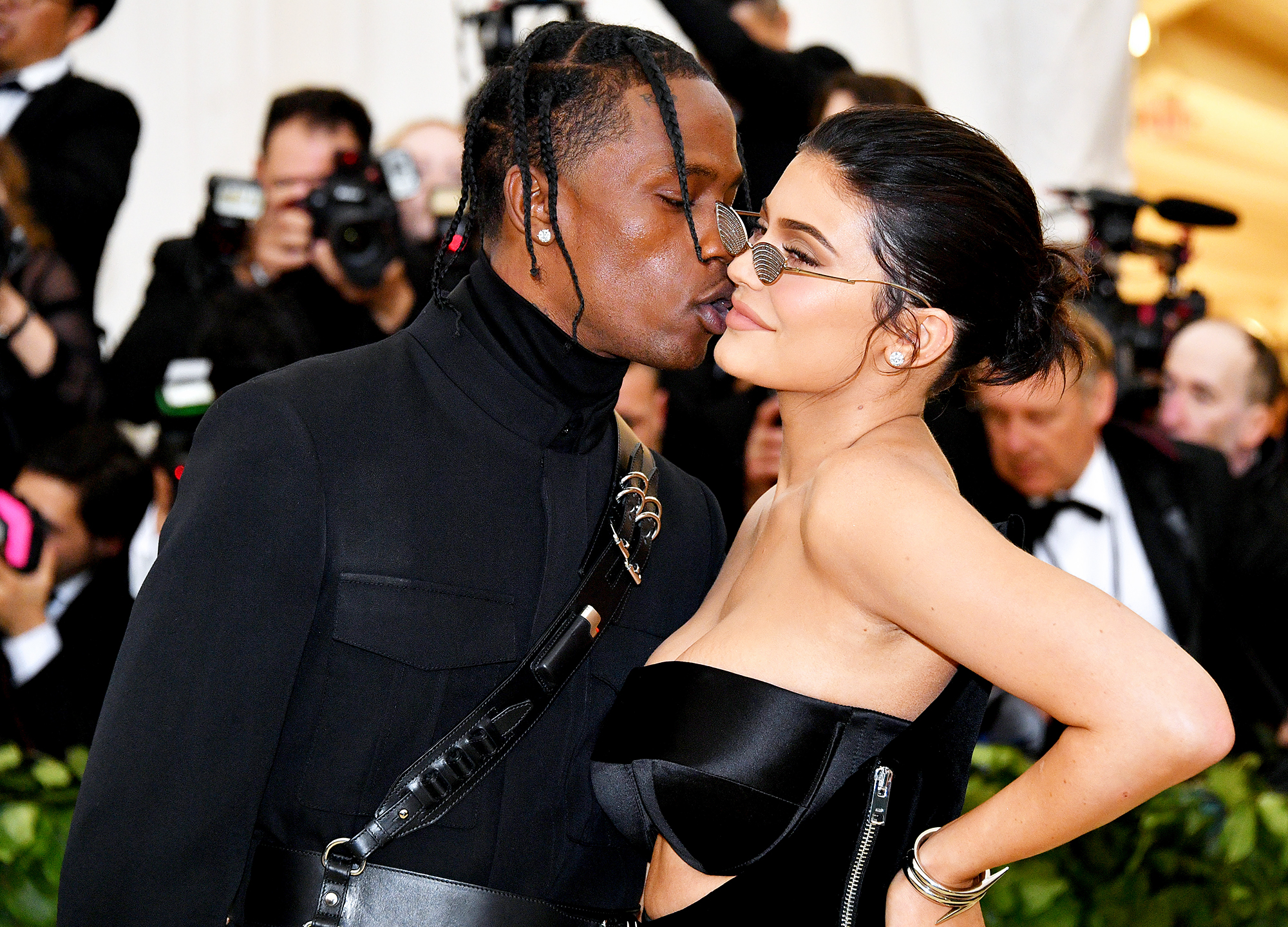 Scott and Jenner were first linked in April 2017 after her split from Tyga. Us Weekly exclusively confirmed in September that the pair were expecting their first child together. Jenner announced on February 4 that she gave birth to a baby girl three days earlier.

“my pregnancy was one I chose not to do in front of the world. I knew for myself i needed to prepare for this role of a lifetime in the most positive, stress free, and healthy way i knew how,” she wrote in a lengthy Instagram post at the time. “my beautiful and healthy baby girl arrived February 1st and i just couldn’t wait to share this blessing. I’ve never felt love and happiness like this i could burst!”

The family of three recently celebrated Scott’s 26th birthday on a trip to Turks and Caicos on May 2. Jenner shared photos of the couple walking on the beach, enjoying a yacht and sweet snaps of Stormi.