Kourtney Kardashian is going to be a first time bride! On Oct. 17, BF Travis Barker popped the question and she said yes.

When you know, you know! Even though Kourtney Kardashian, 42, and Travis Barker, 45, just made their romance official shortly after Valentine’s Day 2021, the pair is now engaged! The Blink 182 drummer asked for the reality star’s hand in marriage on Oct. 17 after dating for less than one year, and she happily said yes, according to TMZ. The site reports that Travis popped the question on the beach in Montecito, California. The rocker reportedly set up a gorgeous floral arrangement on the sand, where he proposed to the mom of three.

This will be bride-to-be Kourtney’s first trip down the aisle, as she never married Scott Disick, the father of her three children Mason, Penelope and Reign,. Travis has been married twice before, to former beauty queen Shanna Moakler, from 2004-2008, with who he has two kids, son Landon, and daughter Alabama. He was previously wed to author Melissa Kennedy from 2001–2002. 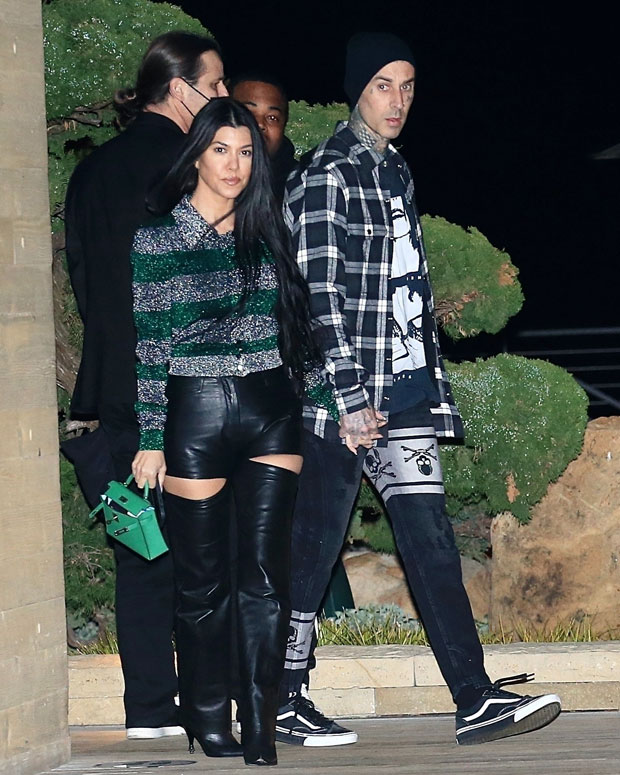 Kourtney and Travis had been friends for years before turning their platonic feelings into romance. They live on the same street in The Oaks neighborhood of Calabasas, and their kids grew up playing together. Kourt and Travis were frequently seen going out to meals and to church as friends from 2018-2019. But by late 2020, Travis and Kourtney began flirting online by leaving cute comments on each other’s social media posts, and fans were convinced that something more was going on. 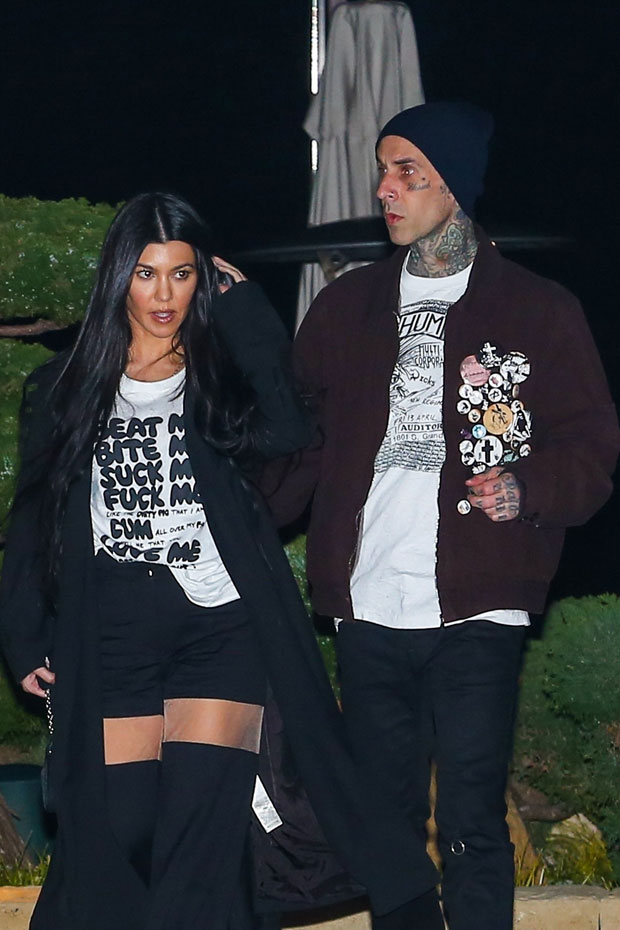 After a Jan. 2020 trip to Palm Springs, the couple made things official by sharing mutual Feb. 16 Instagram posts, showing their hands intertwined. It wasn’t long before the two were photographed putting on plenty of PDA during romantic lunch and dinner dates, appearing so comfortable in each other’s presence. They even attended the UFC 260 event on Mar. 27, sitting in the VIP area and looking cuddly in a cutaway from the pay per view fights.

The pair then combined their families for an Apr. 2021 ski trip to Utah with their children. Alabama sweetly carried Reign piggyback style after Travis and Kourtney took their kids ski-tubing for the afternoon. The both families gathered around a fire pit to roast marshmallows that evening while playing a game of “I’m passing the phone to…”, which Alabama posted to her TikTok account. When it was her turn, Kourtney said “I’m passing the phone to my boyfriend” and gave it to Travis. It marked the first time she officially referred to the musician as being her boyfriend. Since then, they’ve basically been inseparable — and now they’re engaged!