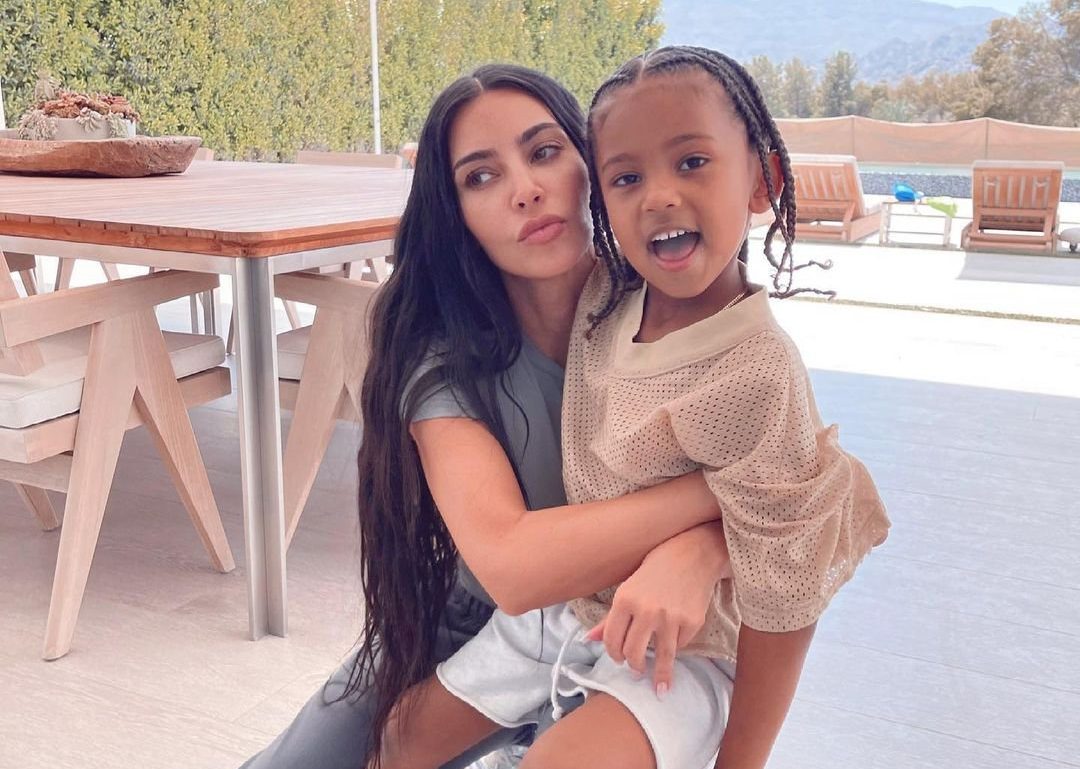 Kim Kardashian West has shared her son with Kanye West, Saint, five, has broken his arm in multiple places in a horrific injury.

The reality star and make-up mogul updated fans on Thursday from the hospital, admitting she wasn’t ‘ok’.

The 40-year-old shared a photo of Saint sitting in a wheelchair with his arm covered up, she wrote on her Instagram story: ‘Who do you think cried more today?

She then shared another photo of the youngster’s arm in a cast with the caption: ‘Poor baby.’

It is currently unclear how Saint hurt his arm.

Poor Saint has been through it, after it was revealed he tested positive for Covid-19 earlier this year.

As is with most things that happen within the Kardashian-West-Jenner family, Kim revealed his illness on Keeping Up With The Kardashians.

Kim was heard saying on the phone: ‘Sainty just tested positive for Covid. And North is saying she’s feeling sick.’

She went on: ‘I’m trying not to freak anyone out, but I’m just really worried.’

Saint is one of the star’s four children with estranged husband Kanye, with the parents also sharing North, eight, Chicago, three and two-year-old Psalm.

Kim filed for divorce from Kanye, 44, in February, citing irreconcilable differences, however, in a headspin to outspin them all, last month they reunited at a listening party for the rapper’s new album Donda, with the former couple raising all the eyebrows when Kim joined Ye while wearing a Balenciaga wedding dress and a full veil.

The Skims founder and the rapper split after nearly seven years of marriage but Kim has remained supportive of the rapper, posting frequently about the album on social media.

It’s since been claimed Kim was ‘open’ to reuniting with estranged husband Kanye West but ‘wants to focus on their friendship first’.

A source told E! News: ‘Kim is not rushing the divorce. She and Kanye are in a good place right now and she is not on a rushed timeline to push the divorce forward.’

They added that the pair ‘are finally in a great place and Kim wants to enjoy this time and be a family unit’.

‘Kanye has expressed that he wants her back, and Kim is open to it, but wants to focus first on rebuilding their foundation and friendship back stronger,’ the insider added.

However a source previously confirmed to People that while Kimye are still ‘friendly’ and have come ‘a long way’, they are not getting back together.

Ah, celebrity love is a rollercoaster ride of emotions, is it not?