After the news that Samantha won’t be part of the new ‘Sex and the City’ revival, Kim Cattrall (who played the sultry blonde) liked this tweet applauding the actress for ‘doing what’s best for you’ by not returning.

And just like that, the plot thickens. Although she’s remained silent about the newly announced Sex and The City revival,  Kim Cattrall “liked” the following fan tweet on January 11: “I absolutely love Sex and the City and whilst I am saddened that Samantha will not return, I applaud doing what is best for you and think this is great example of putting yourself first. Well done @KimCattrall.” The Twitter user ended up receiving a slew of similar replies that favored the 64-year-old actress.

Kim’s character, Samantha Jones — for which she won a Golden Globe Award in 2002 — will not be part of the SATC revival, titled And Just Like That. On January 10, the show’s lead Sarah Jessica Parker (who played Carrie Bradshaw) confirmed the revival when she shared an official teaser on Instagram. After she released the trailer (which was famously narrated by her columnist character) SJP, 55, directly responded to fans about Kim’s involvement in various comments.

When one fan pointed out that SJP failed to tag Kim in her revival announcement, another fan wrote that Sarah and Kim “dislike” each other — in reference to SJP and Kim’s longtime feud. Sarah replied, “No. I don’t dislike her. I’ve never said that. Never would. Samantha isn’t part of this story. But she will always be part of us. No matter where we are or what we do.”

In another comment, a fan admitted that she’ll “miss Kim/Samantha” in the upcoming revival, to which Sarah agreed and wrote, “We will too. We loved her so.” Additionally, when one fan proposed that Samantha should be re-cast with actress Jennifer Coolidge, Sarah simply responded with: “We have some new stories to tell. We are excited.” 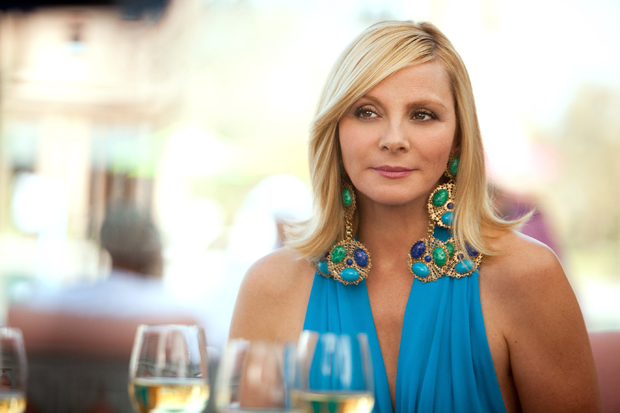 The coming HBO Max revival, which will consist of 10 episodes and start shooting in late spring, will include the return of Cynthia Nixon, 54, and Kristin Davis, 55, who will reprise their roles as Miranda Hobbes and Charlotte York, respectively.