The ‘Keeping Up with Kardashians’ star is seen sporting what appears to be a hickey after partying together with her rumored beau on the previous day.

AceShowbiz –
Kendall Jenner and Anwar Hadid‘s alleged relationship seemingly keeps heating up each time. After the male model was spotted sporting what looked like a hickey during his trip to Milan last week, it was Kendall’s turn this time to be spotted with a love bite on her neck.

The “Keeping Up with the Kardashians” star made no effort to hide the apparent hickey when she stepped out in Paris on Wednesday, September 26. She slipped into an oversized white shirt and a matching mini skirt and lace-up heeled sandals. Shielding her eyes with white sunglasses, she added a little bit color to her look that day with pink circular earrings. 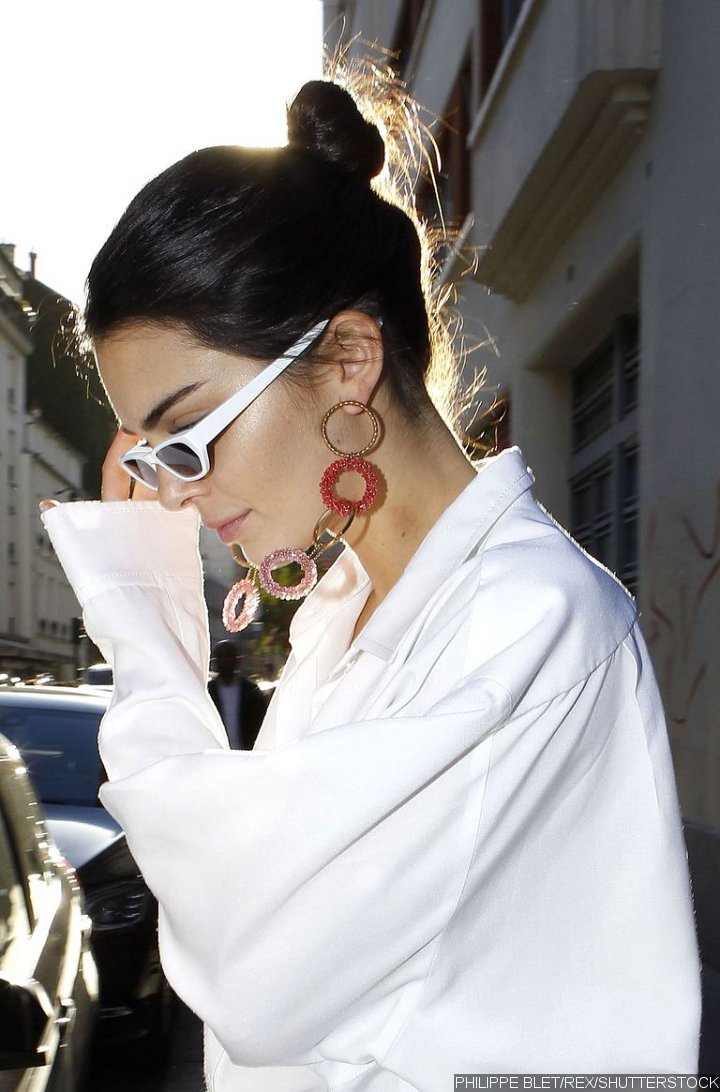 Even though there isn’t any evidence to proof that the hickey was from Anwar, it has been speculated so as the two were seen together at Chrome Hearts party the day before. His sister Bella Hadid, Cindy Crawford, Georgia Fowler and Sara Sampaio were also in attendance.

Kendall and Anwar reignites their dating after they were spotted on multiple occasions together, following her split from Ben Simmons. Earlier this month, the rumored lovebirds were spotted making out during a bash celebrating New York Fashion Week at Cipriani. An onlooker noted that the twosome furiously locked lips while Bella and Gigi Hadid partied nearby.

“Kendall was sitting with Anwar all night and made out with him for quite some time,” the witness recalled, adding that Kendall and Anwar did it without minding other people. “They didn’t give a damn who saw them.”

Their dating rumors were never confirmed, but Bella reportedly gave them her whole support should they really date each other. “Bella already loves Kendall like a sister, but the thought of Kendall potentially ending up a sister-in-law one day would be a dream come true for her,” a source previously explained.