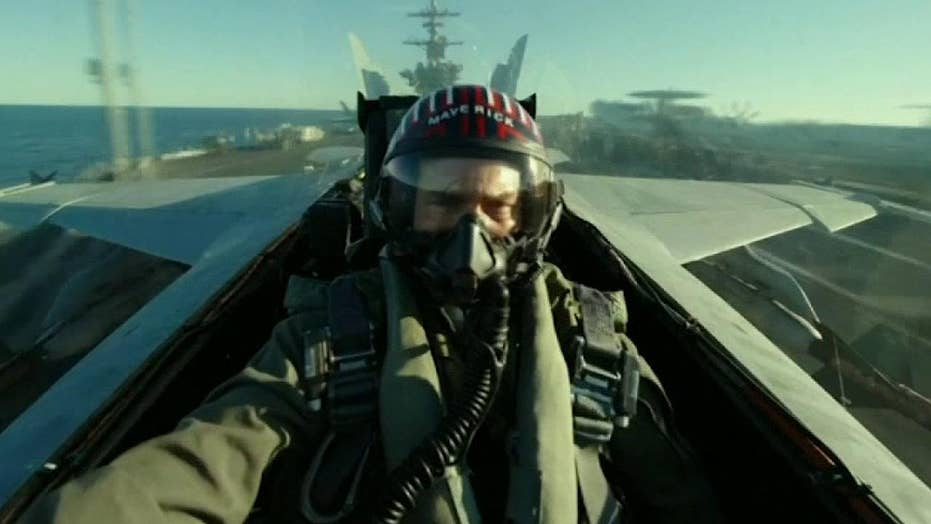 In the 1986 original, McGillis' character, Charlotte "Charlie" Blackwood, is not only Maverick's lover, she's also his flight instructor.

She added that she hasn't even seen the trailer for the sequel, noting "Movies are odd things. I don't really keep in touch with anybody. I think I've spoken to a couple of people occasionally, but the truth is, movies are very odd work situations because you have a lot of people who come together from all different parts of the world."

Jennifer Connelly has a role in the upcoming "Top Gun: Maverick," though it's unclear what part she'll play. If she's going to be Cruise's paramour in the popcorn flick, McGillis isn't bitter about it.

McGillis, 62, says she left Hollywood entirely in order to get healthy physically and psychologically.

"It was very challenging for me to have any kind of sense of self or self-identity or real self-worth other than what I did for a living," she said of her time as an actress. "And it just — it didn't become a priority; what became the priority initially was raising my girls and being the best sober parent I could be."

She added that her "priorities had changed," but it wasn't a huge, cathartic decision to quit acting altogether. "It wasn't like a major decision that I made to leave, it was just that other things became more important," she explained. "I love acting, I love what I do, I love doing theater, but I don't know. To me, my relationships to other people became far more important than my relationship to fame."

McGillis, who was diagnosed with alpha one antitrypsin, a lung condition, five years ago, says she's a homebody and can't remember the last time she ever clocked in anywhere.

"I feel really blessed that I don't have to work, you know? But I get the option to work, so I'm really blessed in that way," she says. "Not many people get that option later in life, so I feel very lucky."