Katie Holmes is feeling the birthday love from her boyfriend, Emilio Vitolo Jr.

The actress turned 42 on Friday, and the New York chef made things Instagram official with a sweet birthday post for his ladylove. Vitolo, 33, posted a black-and-white photo of Holmes sitting on his lap and both are smiling wide.

“The most amazing, kindest, beautiful person ❤️. Every time I see your face it makes me smile,” he wrote, before adding. “Happy Birthday !!! I love you !!”

The birthday girl replied to his post, writing, “Thank you so much my Love,” with red heart emojis and adding, “I love u too!!!!!” She also reposted his photo on her Instagram Story. 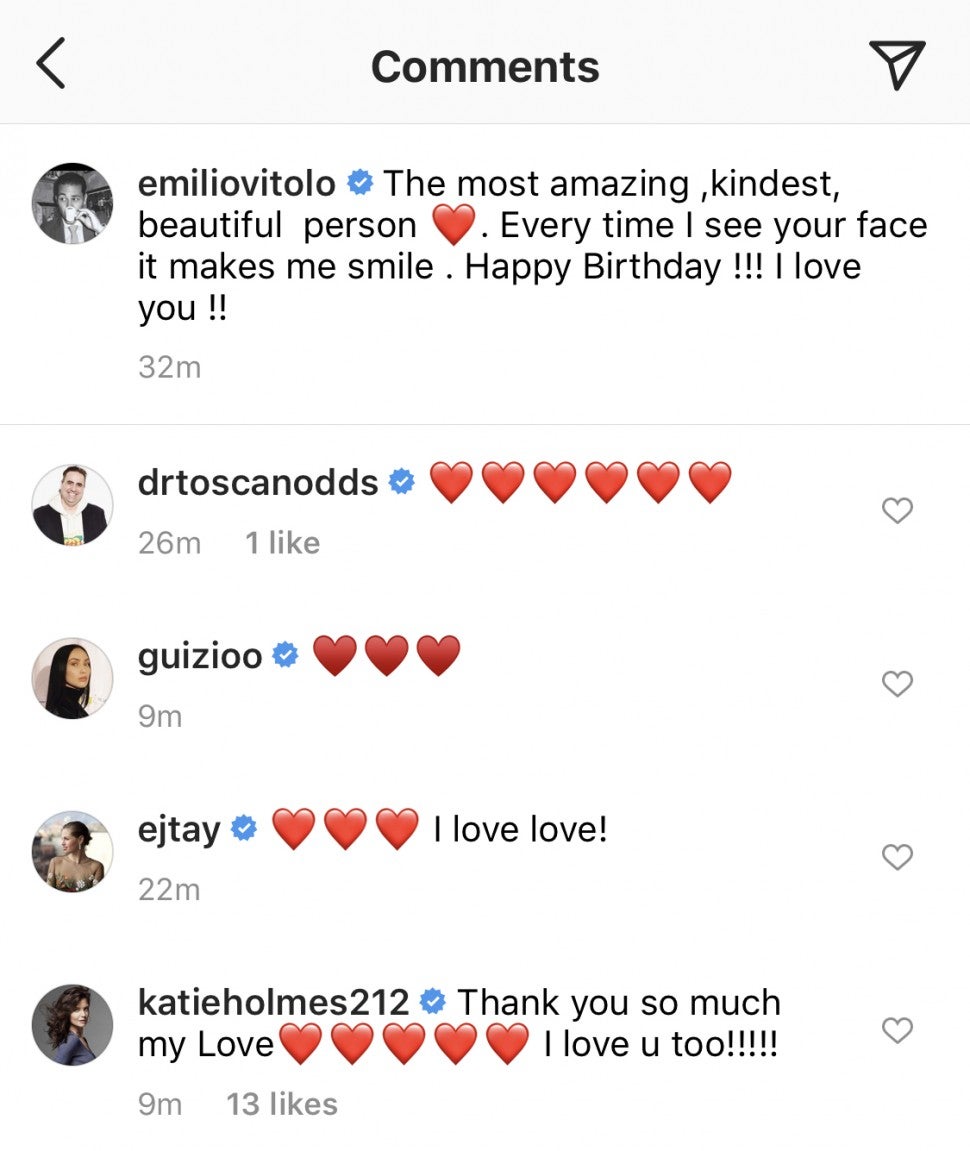 As Holmes received more birthday messages from her friends, she thanked everyone for their love. 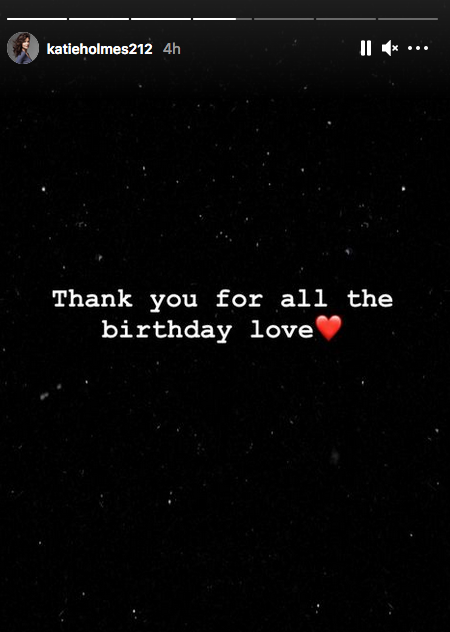 The actress was first spotted out with Vitolo in September, with a source telling ET at the time that they were the real deal. “They adore each other and can’t get enough of one another,” the source said. “Katie is like a teenager in love right now — he makes her giddy!”

Their love has only grown over the pandemic, with the two not shy about how much they are attracted to each other, sharing PDA on outdoor restaurant dates.Another source told ET in November that the nationwide lockdowns and quarantines are part of the reason Holmes’ relationship with Vitolo moved so quickly.

“Katie wasn’t working or traveling as much as usual and things were slower at the restaurant for Emilio, so it really gave them the opportunity to focus on each other. Instead of a few dates over an extended period of time, they were able to have a month’s worth of dates in a matter of days,” the source said.

While the two can’t get enough of one another, it appears that Holmes is still taking her time when it comes to Vitolo being around her daughter, Suri. After Thanksgiving, a source told ET that the mother-daughter duo enjoyed a quiet weekend in Upstate New York, without Vitolo.

“Katie and Emilio have been inseparable since they officially became a couple,” the source said. “He adores Suri and they get along great, but Katie has always been really good about ensuring she and Suri continue to have a lot of quality time just the two of them.”

The source did note that the three of them, “spent Saturday morning together before Katie and Suri departed for their getaway upstate.”

This is the first relationship for Holmes following her split from Jamie Foxx in August of 2019. The former couple had a very private relationship and rarely made public appearances together.

Katie Holmes Spotted on a Date With Emilio Vitolo: Meet the NYC Restauranteur